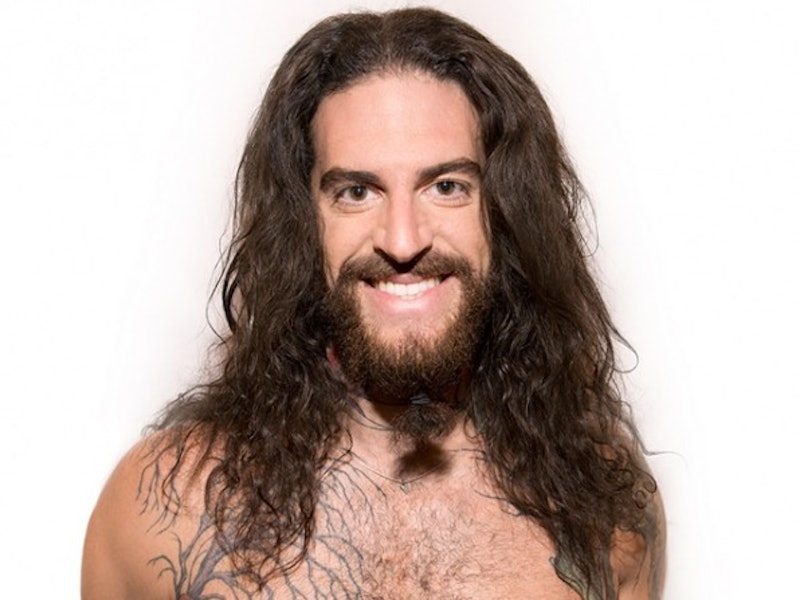 Big Brother 17 is finally here and that means it is time to get to know the contestants so you can make an informed decision about who will make it to the end. Fans know Big Brother contestants forfeit their privacy the minute they step into the house which is covered in cameras and the winner of the competition receives a $500,000 prize. With that in mind, I'm going to put in an early vote for former professional wrestler & Big Brother 17 house guest Austin Matelson to win thanks to his strong anti-bullying message.

Anti-bullying campaigns are not the first things to come to mind when wrestling is mentioned, but Matelson is famous for speaking out about the alleged bullying and neglect from former head WWE/NXT coach Bill Demott. His letter to WWE's top brass about verbal and physical bullying went viral before he was a Big Brother contestant and speaking out has motivated Matelson to continue his work ever since. In an interview with Zap2it, Matelson said, "I didn't do it for any personal gain, I did it to help people — and it was scary for me. I knew it might be throwing away any chance to return [to WWE] in the future. Everyone always wants to have that hope to return there. It's the Mecca, it's the promised land."

Due to injuries, Matelson left professional wrestling and turned his attention to alternative rehabilitation practices via his partnership with Athilates. After physical rehab and training, Matelson is strong enough to wrestle again, and he notes on the Athilates site that his fans should "stay tuned."

So what can you expect from Matelson in the house? While Matelson's Twitter is private and he has little presence elsewhere on social media, I did manage to dig up some fun facts about Matelson that should shed light on what he will be like as a contestant.

He Is An Amazing Gymnast

Matelson is a big guy (his pro wrestling wiki entry says he's 6' 5''), but he has a soft spot for gymnastics. He is an excellent tumbler and a lover of yoga as well. In fact, he combined his talents to create his own brand Mobility Flow.

His Alter Ego Judas Will Definitely Make Appearances In The House

Like all the best wrestlers, Matelson has a stage name and his just so happens to be Judas Devlin. In a CBS video interview, Matelson revealed that while Austin is a compassionate, friendly guy, "Judas" is in it to win it. Whenever viewers see the hat come out, they should assume Matelson is channeling his inner Hyde.

He Is Crazy Smart

Underestimating Matelson's intellect would be a bad idea for the other contestants. The athlete has a Master’s degree in medieval literature from Cal State Northridge, and he always leads with his brain, as his candid, well-written letter on bullying proved. Perhaps, his literature background will lead to some Machiavellian style twists?

He Wants To Share His Love Of Group Exercising

After sustaining wrestling injuries, Matelson became passionate about helping others stay active. His plan to win over the other contestants involves getting them to participate in group exercises with him. Given his knowledge of wrestling, yoga, Pilates, cheerleading (yes, he also loves cheerleading), and gymnastics, the rest of the house could be in for a major workout.

He's Going To Say No To Showmances

Matelson is very much taken and a believer in true romance. "I have my princess in the castle out there waiting for me to return from my crusade," Matelson told Big Brother Net in a video interview. He is very much taken, and he's in the house to play the game not to cheat on his girlfriend.

He Sees Himself As A Spokesperson For Victims

Matelson takes his anti-bullying stance very seriously. If he wins, he plans to donate part of the prize money to anti-bullying campaigns. He also identifies as a spokesperson for victims of bullying. His life motto is "silence makes losers of us all."

Has Matelson's passion and sweetness won you over yet? He may not be the most conniving player in the house, but he could end up being one of the most genuine. That said, things change so often in the house, it's hard to say — not to mention, it can be hard to keep track of everything. So, for all the up-to-date info on Austin and everything else going on in the house, check out Bustle's very own Big Brother podcast, The Diary Room. Listen to the latest episode below, and be sure to check out future episodes on Bustle’s SoundCloud page.

More like this
Prince William Reveals Charlotte's Hidden Talent In Ultimate Proud Dad Moment
By El Hunt
Howard Stern's Net Worth: Is He The Richest Man In Radio?
By Hugh McIntyre
Only 3 Of The One That Got Away Couples Seem To Still Be Together
By Brad Witter
Kris Jenner Drunkenly Toasts Khloé Kardashian’s 38th Birthday With This Speech
By Grace Wehniainen
Get Even More From Bustle — Sign Up For The Newsletter