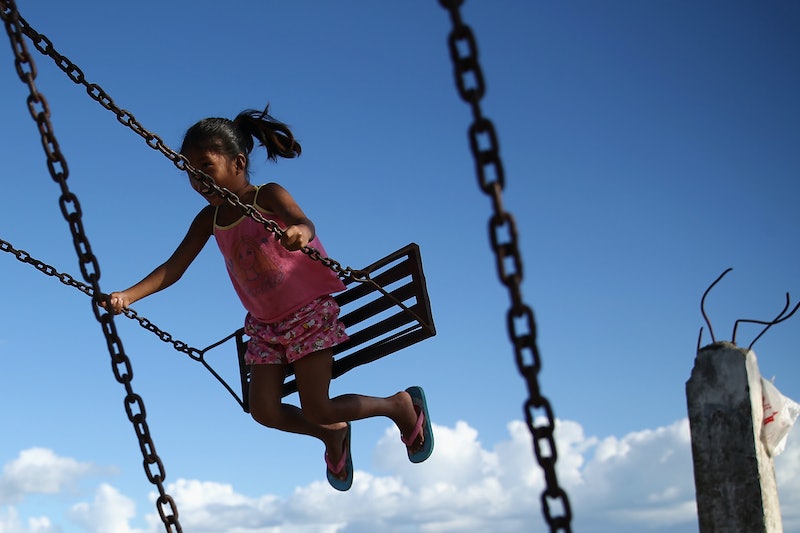 No, it's not just because obesity is on the rise: worldwide, kids are getting slower. A new study released Wednesday shows that on average, a modern-day child would finish a one mile race 90 seconds behind a child from 1975. The study, which is being presented at the annual meeting of the American Heart Association, looked at 25 million children across 46 years and 28 countries. It strongly suggests that children’s fitness levels are going down worldwide.

Which they probably are. It’s no secret that the world, particularly America, has been battling a childhood obesity epidemic. One of the study’s researchers, Dr. Grant Tomkinson, said that “about 30 percent to 60 percent of the declines in endurance running performance can be explained by increases in fat mass.” The study suggests that children need at least an hour of exercise a day — something nearly unheard of in today’s world. That might explain why heart endurance rates fell an average of about six percent a decade between 1970 and 2000.

But maybe there is an evolutionary advantage behind this? Over the past half century, have human beings more physiologically suited for desk-sitting overtaken our brothers and sisters more suited for running around? Are we slowly breeding the athletes among us into nonexistence?

Probably not. Most things that control our running ability are muscles; the more we exercise them, the stronger — and faster — they become. It's not that kids today are physically incapable of running a mile 90 seconds faster — it's that they don't have to run as much. Why go shoot hoops outside when you can be on Facebook? Why play tag outside when you can instead be doing homework for that advanced second grade math class? Our priorities have shifted.

And in any case, 46 years is just a generation or two, certainly not enough time for our cardiovascular capabilities to drop that much from a purely evolutionary standpoint.

“It's clear over the last four decades we've been in a cycle of inactivity, and that's leading to some devastating health outcomes,” said Sam Kass, director of first lady Michelle Obama’s Let’s Move initiative.

Yep, it is. But it’s not just because, as some would have us believe, our food and drink serving sizes are growing ever-bigger. It’s also that five decades ago, kids had less on their plates. Now that they’re mini-adults; they have to balance social networking, school, and ever-earlier start ages for internships and other responsibilities. High school freshmen who, a few decades ago, could’ve played sports casually after school are now building resumes for college. And maybe this isn’t altogether a bad thing. But clearly, we need to find a balance.

More like this
The Differences Between Jogging Vs. Running
By Carolyn Steber
This Psychological Effect Might Be Keeping You From Hitting Your Goals
By Lexi Inks
Chelsea Clinton On The Best Advice She Ever Got From Her Mom
By Brianna Kovan
20 Women Reveal Exactly How Long It Took Them To Get Over Their Ex
By Amanda Chatel and Lexi Inks
Get Even More From Bustle — Sign Up For The Newsletter