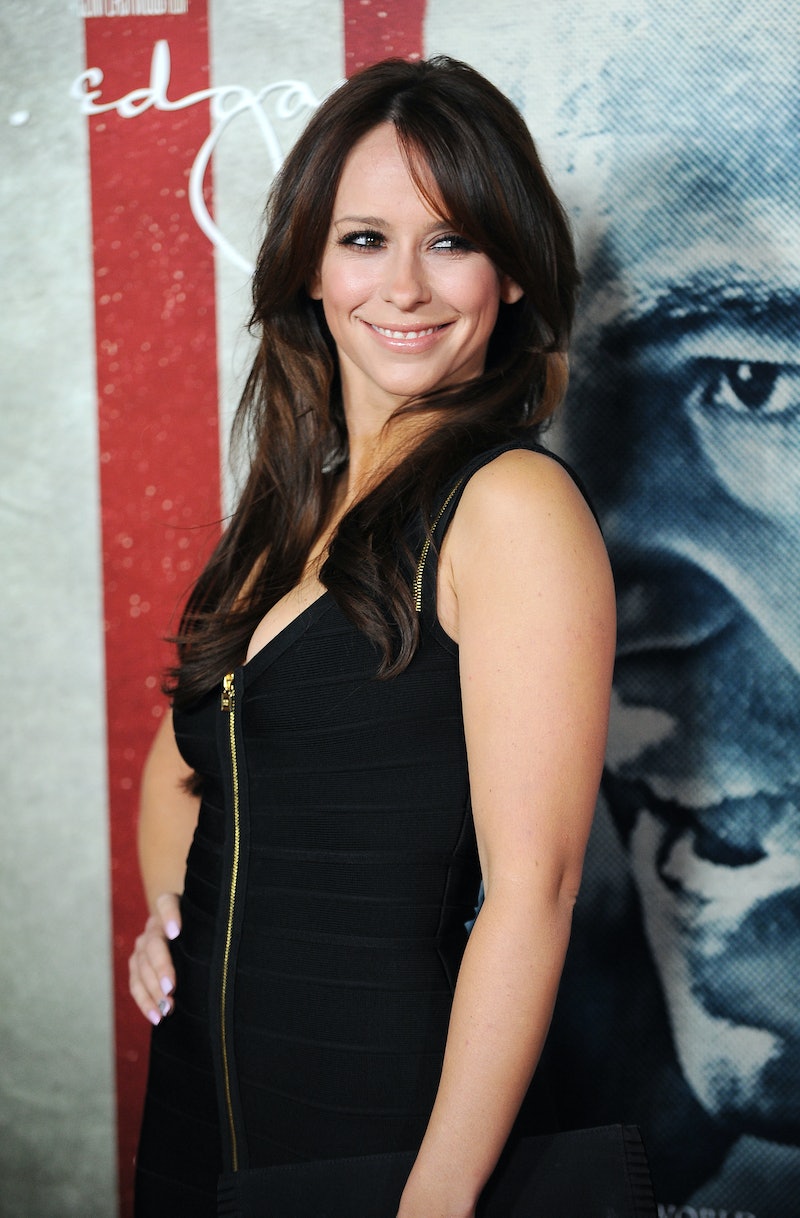 Now that'll be a party of four! On Wednesday, Jennifer Love Hewitt gave birth to a baby boy and his blessed name is Atticus James Hallisay, her publicist confirmed to Bustle. The little bundle of joy will be Hewitt's second child with actor husband Brian Hallisay.

Hewitt and Hallisay first confirmed they were expecting their second child back in January. The actress, who became a household name for her role on the classic teen series Party of Five, met her beau when they worked together on The Client List. H & H secretly tied the knot in 2013 and are already parents to 19-month-old Autumn James. Matching sibling names are the best, and Atticus J. and Autumn J. don't disappoint.

In the May issue of American Baby, Hewitt gushed about motherhood and her excitement for her second child, saying how grateful she was to get pregnant.

I've been an actress for 25 years, and have had to be hungry at times for my career, so being pregnant is completely freeing. ... When I was expecting Autumn, I ate everything I saw! I told myself, 'Oh there's a doughnut — I should have that.' Now with this second pregnancy, I know the baby really doesn’t 'need it.' So I eat healthy foods in general, but I also indulge in little things that I crave.

Hewitt recently became a rep for Palmer's, known for its amazing cocoa butter products that are pregnant girl's BFF. She shot a campaign for the company and proudly showed off her baby bump in an all white ensemble of a long-sleeved cropped Tee and long flowy skirt. Now that's real #BumpPride.