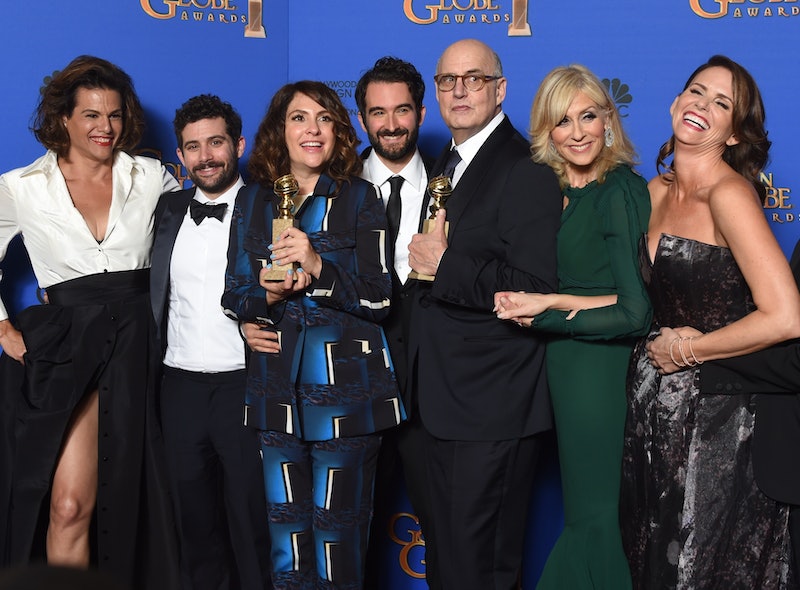 Anyone who marathoned the first season of Transparent last year has been desperate for the second season ever since. Fans of the Pfefferman clan still have to wait until October 9th for the premiere, but, in the meantime, we can rejoice in the wonderful news that Amazon has renewed Transparent for a third season, and given creator Jill Soloway one heck of a production deal in the process. The deal stipulates that Soloway, in addition to continuing in her role as showrunner through Season 3, will develop new television projects exclusively for Amazon. This is amazing news — not only for fans of the show — but for anyone who values TV's newfound respect for female auteurs with unique and independent voices.

Soloway, it seems, couldn't be happier. “I am so thrilled that I get to share more of the Pfeffermans’ story with the world. We are all so in love with watching them change and grow. I am blown away by the creative freedom Amazon gives me and I can’t wait to reveal where this journey is going to take us.”

Transparent was Amazon's first foray into the world of television production. When the titan of Internet shopping first announced that they were throwing their hat into the TV ring — Netflix style — I have to admit that I was a touch skeptical. "What's next?" I thought. "Will Soap.com start making movies?" Later, when I found myself sobbing 14 minutes into the first episode, I conceded that Amazon might know what they were doing (and the Golden Globes concurred).

The credit owes much to Soloway, and, based on the exclusive deal they gave her, it would seem that Amazon agrees. Anytime a big name studio promotes women and the stories they write, it's good news; it's particularly wonderful in this case that an artist with such a powerfully honest and complicated voice has received such a high level of artistic control.

Here are all the reasons that the renewal, and Jill Soloway's promotion, are great news for TV fans everywhere.

Soloway's ability to write characters that are tragically flawed and strangely relatable is astounding. Transparent is as much a harrowingly realistic portrayal of family dynamics as it is a touching portrayal of a person discovering their gender identity.

2. We'll Get To Watch The Theme Sequence At Least 20 More Times

Maybe by the 17th time it won't make me cry anymore.

As a child who was raised on both Field of Dreams and Now and Then, no one is happier about the return of Gaby Hoffmann than me. She's been acting steadily again since 2010-ish, and she was particularly outstanding in Obvious Child and Crystal Fairy & the Magic Cactus. Her performance as the youngest and most life-challenged Pfefferman sibling, however, has been revelatory.

As the overbearing Pfefferman matriarch, Judith Light lights up the screen in every scene.

5. Jeffrey Tambor Can Give Even More Emotional Acceptance Speeches When He Inevitably Wins A Million More Awards

Why does everything make me cry!? Don't look at me!

6. The Show Itself Is Amazing For Trans Visibility

No depiction is perfect, but, overall, Transparent does an unprecedented job of writing a trans character that is complex, well-rounded, and painfully human. Outside of Jeffrey Tambor, who plays central character Maura Pfefferman, the show makes sure to cast transgender actors in transgender roles, something very few series or movies are ever willing to do.

7. It Has One Of The Most Well-Rounded Depiction Of LGBTQIA Characters

The show has a lot of queer and transgender characters, but none of them are defined wholly by their lifestyle or sexuality. Each character is a fully-fleshed out human being with hopes, families, and complex emotional lives. The show is as much about family dynamics and finding your identity as it is about LGBTQIA themes, and it makes the transgender or gay characters all that much more relatable as a result. Transparent's third season isn't just a victory for fans; it's a victory for TV, too.