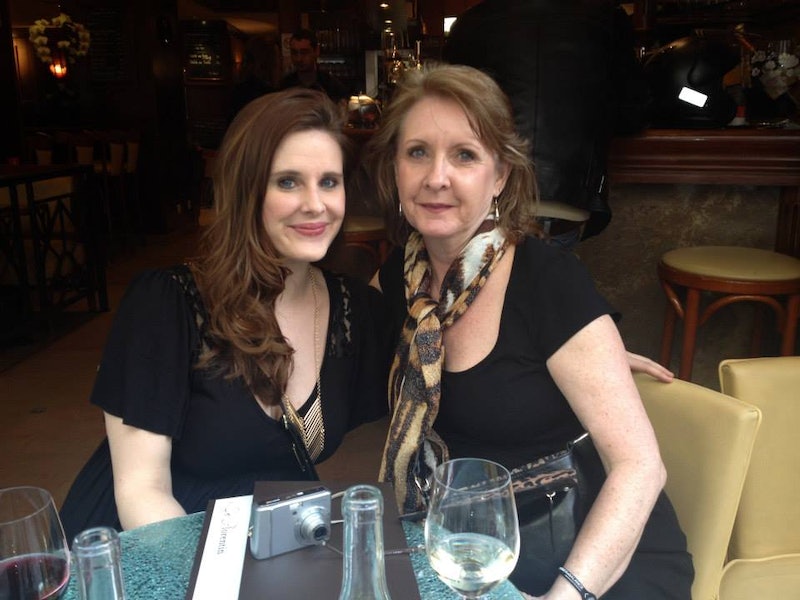 A few months ago, I was casually seeing this guy — we’ll call him Adam. We had a handful of pretty great dates, followed by some heavy tequila-induced making out in front of my apartment. I didn’t know where it was going, but in casually talking to my mom about dating, I mentioned that I was seeing someone interesting. She didn’t ask what his name was or where he was from. She didn’t really care what he looked like or what he did for a living. She didn’t even ask his age or how long we had been seeing each other. Her only question was: When’s his birthday?

While it’s not the most common questions most mothers ask, it’s the one I can always count on from my mom. I grew up in a house where solar systems, planets and horoscopes were a pretty regular dinner topic. At the age of 13, my mom started studying astrology and since then, has been an astrologer for hundreds of people, giving chart readings out of our house. She swears knowing my natal chart (which is basically a snapshot of what the planets looked like the second I was born) — helped her raise me easier. How? Because I have Mars in Aries — I’m stubborn, but also really full of energy, so I needed to always have an active outlet. I also have Venus in Leo, which means when I fall in love, it’s important to me to have a loving partner who dotes on me (and um, is pretty freaky in bed, too).

As I’ve become an adult, I’ve learned to take my mother’s astrological advice with a grain of salt, but I also have to admit that having a whimsical, spiritual mom who talks about the universe like it’s her best friend has taught me a lot about dating, love and marriage. Here are just a few things that I can thank my mom, and I guess, my lucky stars for:

Mercury In Retrograde Ain’t No Joke

Three times a year for three weeks, the Internet goes crazy blaming anything and everything on Mercury in Retrograde. It might sound gimmicky, but there is some truth (and some science) to this phenomenon. Even the Farmer’s Almanac will give credit to these periods of time, and if you ask my mom, when Mercury is doing it’s retrograde dance, it’s best to sit still. In fact, she suggests that I don’t get into a serious relationship, commit to any travel plans, have unprotected sex (uh, thanks ma) or do anything out of the ordinary than my normal routine. Down the road when I actually find a Gemini or Cancer to marry (per her recommendation, of course) – she says tying the knot when Mercury is in retrograde can cause your entire marriage tumultuous and full of surprising events.

If your dating history is anything like mine — scattered, infuriating and humorous - you probably have an ex-boyfriend that put you through hell. For me, that toxic man, has a good track record for coming back every six months or so to check on me, send me a booty-call text and even an unsolicited dick pic (because I definitely asked for it - not!). When I complain about this person to my mother, she matter-of-factly says ‘Well, you did meet him during the eclipse!’ Apparently, if you get into a love affair with someone when an eclipse is going through your planets, that person will come back into your life twice a year, when eclipses happen. Consider yourself warned.

I know, I know — it might seem like breaking up with someone because they’re the wrong sign is a bad idea, and you’re probably right. But what’s a better idea? Not dating them in the first place. Now, if I happened to meet an amazing Pisces who was everything I was looking for in a man and had those gorgeous Pisces eyes to boot — I’d likely go on another date with him. But if the stars can predict anything, it’s how you get along with other people. Pisces are directly the opposite of my sign, a Virgo, so it’s very likely we’d argue, I’d find him to be too emotional and at times, he’d really wear on my nerves. He’d also probably think I was too structured and not sensitive enough for whatever he was going through.

Unlike a psychic, astrology isn’t about fortune telling. In fact, my mom is very clear that she can’t tell me exactly when I’m going to publish a book, meet my husband or spend four months hopping around the world (all things on my bucket list). She can however tell me when it looks like I’ll be coming into an abundance of money, when the stars are aligning in the planets of long-term love and what are the best months for me to travel. While not everything always happens on the timeline I want or how I think the universe will pan out, I trust my mom’s advice. And I would, regardless if her wisdom came from the planets or not. Astrologer or not — mom knows best.