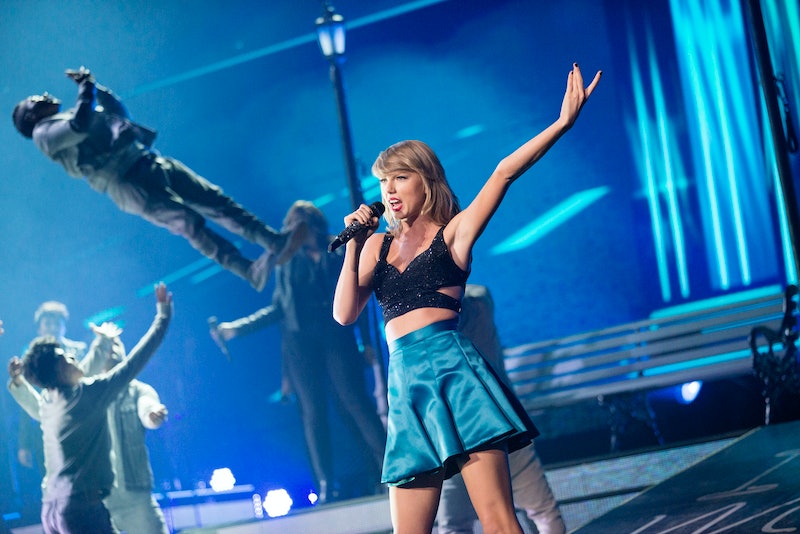 "SAY WHAT?! THAT'S CRAZY" is the gist the very professional conversation I had with my editor when I linked her an article about Forbes' highest paid celebrity couples, which shows that somehow, beyond all logical comprehension, Taylor Swift and Calvin Harris have beat out Beyoncé and Jay Z. Well, kind of.

The full roster of the Celebrity 100 list will be released on Monday, June 29, but the only three celebrity couples where both members will appear on the list are Taylor Swift and Calvin Harris, Beyoncé and Jay Z, and Miranda Lambert and Blake Shelton. Before releasing the full list, Forbes released the numbers on these couples as pairs, and Swift and Harris take the top spot. They're all pretty hot and powerful couples, but my heart still stopped when I learned that Bey and Jay had been dethroned as the number one richest couple. HOW CAN IT BE?

Beyoncé and Jay Z took the title as the top-earning couple for 2013, but they have been dethroned this year by Harris, 31, and Swift, 25. The reason why Harris and Swift were able to knock the two powerhouses off the list is actually pretty simple: Forbes' new ranking rule. As the publication explains, "For the first time, the list will rank the world’s top earning entertainers by annual income only, and there will only be three couples where both members make the cut."

Looking at it like that, I suppose it's not that far-fetched; although personally the news that Taylor Swift has earned more than Beyoncé made me audibly gasp to my MacBook screen. As far as money goes, Swift and Harris came in this year with a total of $146 million in total income, and that's no small potatoes. Obviously, T. Swift's impact has reached a zenith; she recently persuaded Apple to change their music streaming policy, and she had one of the best-selling albums of all time with 1989. Plus, she has a very formidable and powerful girl gang. So, yeah, I give her props for bringing home the bacon. And her beau at the moment is extremely lucrative, as well, with Forbes naming him the highest paid DJ of 2013 and 2014, giving hope to all the self-made disc jockeys you always see at your local bars. They both have big endorsement deals, too, including Swift with Keds and Harris with Armani.

Compare that to Beyoncé and Jay Z, who earned $110.5 million. But of course, as is no secret, Jay Z and Beyoncé are measured at a total worth of one, literal BILLION dollars. This makes Forbes' new rule super apparent, because, clearly, this couple's assets were not taken into account. One billion sounds just about right for what Jay and Queen Bey should be worth.

But I guess that's the point of the end of the day: all of these folks, Jay, Bey, Tay, Cal, they all make ridiculous amounts of money. That's just a fact. I think what was most jarring to me about Beyoncé and Jay Z being listed second to Swift and Harris is that the couple is so symbolic. There's definitely something to be said about the fact that the wealthiest celebrity couple is an African-American one that rules their industry despite the rampant criticism they are constantly barraged with, whether it's regards to Beyoncé's feminism, or the status of their marriage, or their engagement with political discussions about race.

But hey, Taylor Swift herself is a powerful broad and I'm happy to see her on the list. But there's only one queen for me: and that's Queen Bey — money-wise or not.

More like this
Taylor Swift Fans Caught A Possible ‘1989’ Clue In Her Latest Awards Show Speech
By Grace Wehniainen
Taylor Swift's “Carolina” Theme For 'Where The Crawdads Sing' Soundtrack Is Here
By Jake Viswanath
Will Beyoncé Be At The BET Awards To Perform “Break My Soul” Or Attend The Show?
By Jake Viswanath
Big Freedia Reveals The Real Meaning Of Beyoncé’s “Break My Soul”
By Radhika Menon
Get Even More From Bustle — Sign Up For The Newsletter