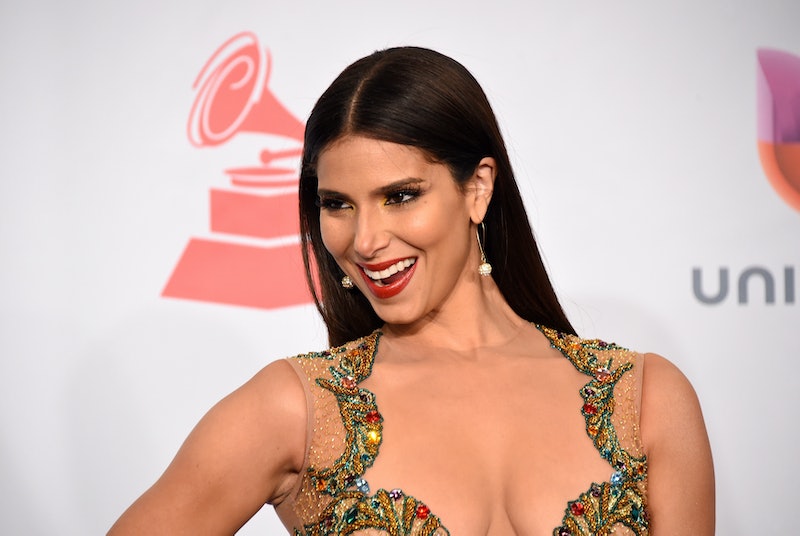 People around the world were angered by Donald Trump's recent speech about immigration, in which he declared that Mexican immigrants are "rapists" and "criminals." Unfortunately for Trump, his hateful words are now coming back to bite him in the place where it hurts him most — his business ventures. Univision dropped Trump's Miss USA pageant due to the Celebrity Apprentice host's comments, and now the pageant is losing one of its hosts. Roselyn Sanchez has dropped out of the Miss USA pageant and it's an important reminder that not everyone will put up with Trump's hateful words.

Sanchez took to social media in order to discuss the reason for her decision, which says she felt compelled to make as a proud Latina woman. On Thursday, Sanchez posted this message for her fans on Facebook:

As a Latina very proud of my roots, culture and everything that we have contributed to this nation, I have decided to cancel my personal [appearance] as co host in the pageant Miss USA... I was very excited and grateful for the opportunity to serve as co a cheerleader of this great event in which many Latinas have shone, [but what I am] most excited about [is] having loyalty with my people.

This is a bold stance for the Devious Maids actress to take, and I applaud her decision to step down. The Miss USA pageant may display Latina talent, but the man raking in money from it is anything but a supporter of Sanchez's community. Sanchez is from Puerto Rico, and Trump's comments included slights at immigrants from Mexico, South America, and Latin America — his exact words were "It’s coming from more than Mexico. It’s coming from all over South and Latin America, and it’s coming probably — probably — from the Middle East."

I doubt that there's anything anyone can do to drum some compassion into Trump's head, but Sanchez's decision to drop her co-hosting gig at the Miss USA pageant at least proves that not everyone is OK with his behavior.