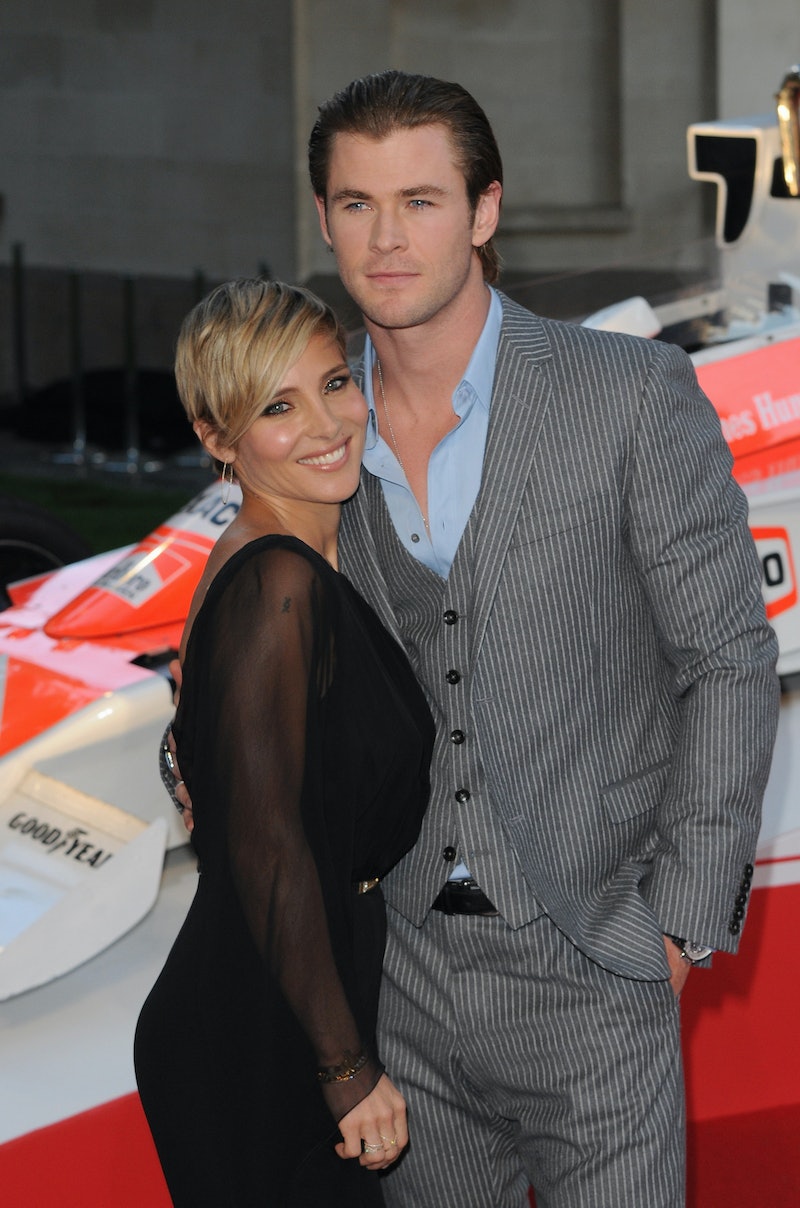 We've been so busy following the personal, Miley-related drama and Catching Fire news of Liam Hemsworth that we almost forgot all about his older brother. Today, however, big bro gets some attention with the news that Chris Hemsworth and his wife are expecting their second child, as confirmed by Us Weekly.

You might recognize the Thor star's wife, Elsa Pataky, from Fast Five, this summer's Fast & Furious 6 or the many Spanish-language films and TV shows she's appeared in. The couple has an 18-month-old daughter named India Rose, who you might recognize from being confused for a hot dog when Hemsworth carried her around as a newborn. Soon he'll have another teeny tiny baby to hold in those enormous demi-god hands of his.

We should all be thankful that these two are having more children, their beautiful genes need to be reproduced. Next we just need Liam to find a nice, sane beautiful woman, and the world will have a whole generation of adorable, Australian-accented, soon-to-be-famous children. Apparently there's a third Hemsworth brother who's also an actor, but he doesn't have his own record-breaking franchise so really, who cares?

The Hemsworth name now comes with an expectation of beauty and talent, so these mini-Hemsworths should probably start preparing young. Maybe there will be a whole army of them, since I'm pretty sure we all know how Chris tells his wife when he's ready for another baby.

Hopefully, the Hemsworth good looks will be distributed evenly among his children.

After all, we wouldn't him to have to deal with the kind of sibling rivalry at home that he does onscreen.