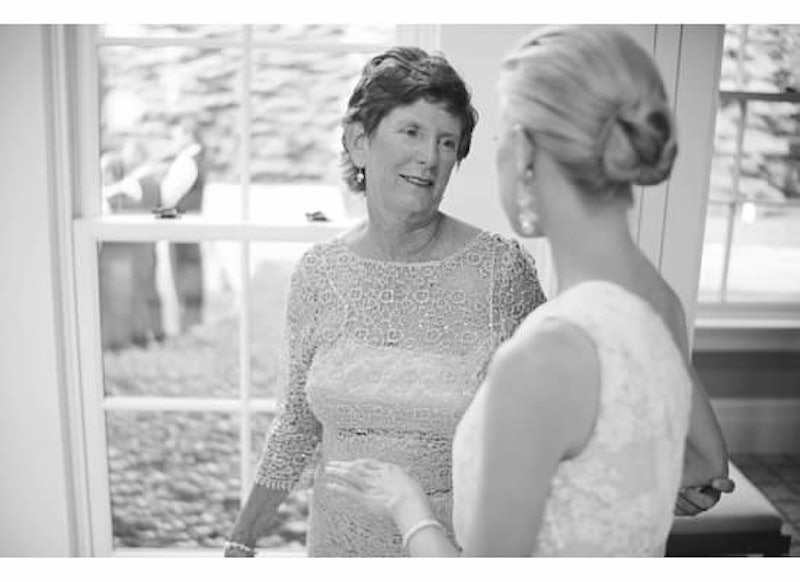 I was nearly 17 when I was first told my mother was a deviant. The summer already wasn’t off to an auspicious start. In the interest of further stuffing my pre-collegiate transcript, I had signed up for a weeklong program at American University that promised to introduce high-achieving students to the intricacies of Congressional policymaking. I didn’t make a single friend, I couldn’t make heads or tails of the committee system, and I got a second-degree sunburn on the Mall. By Thursday, as I boarded the bus for another day of D.C. landmarks, seminars with lesser Hill staffers, and mock legislation, I couldn’t wait for it to end.

That was the day that they herded us into another hotel ballroom for a panel on gay marriage — something that, at the time, seemed like mostly a thought exercise. It was 1999. The possibility of legal gay marriage in the U.S. was roughly as likely as our electing a black president.

One of the panelists was an obviously lesbian attorney from a national LGBT advocacy group. The other was a young lobbyist representing a conservative think tank. I don’t remember their names or who moderated, possibly because it didn’t occur to me that the panel had anything to do with my life.

My mother had finally come out to us two years before, but we mostly didn’t talk about it. I grew up in New Orleans, and not the funky, laissez-les-bonne-temps-you-do-you part. There was a strong chance that family friends who’d known my mother for 20 years would shun her if she uncloseted herself to them. They would claim their Catholicism left them no choice. Already the mother of a child in my sister’s class had found out and told her daughter, who’d told the rest of the fifth grade, with the end result that my sister, once surrounded by friends, became a pariah. We’d learned well that the only people more small-minded and mean than other kids are adults threatened by difference.

So I didn’t identify as the child of a gay parent, much less as someone who might be gay herself. I felt compassion for my mother, but I told myself that her sexual orientation didn’t concern me. I was heading off to an elite college, and on to do whatever else with my life, at a level beyond reproach. Mom's story wasn't mine, I thought — right up to the moment at that panel when the hired gun from the conservative group started to talk about gay marriage.

She was probably in her early 30s, dark, shiny hair, high cheekbones, flawlessly dressed. She spoke with such confidence, it was like she was daring someone to defy her. She must have been great on camera. She was exactly the type of woman I wanted to be, I thought, and I was momentarily so paralyzed by self-comparison that I didn't process what was coming out of her mouth.

She said that gay people who wanted to marry were deviants. They were asking society to make special accommodations for relationships that involved sodomy, which was illegal in many states. She said it was ludicrous to ask for constitutional protections for unions, if you could call them that, that threatened to undermine the social fabric of the nation.

That word, deviant, got me. On one hand, it sounded so antiquated, Depression-era, really. Also, it was, literally speaking, a meaningless term. A deviant is someone whose behavior departs from the norm. That refers to all of us, in one way or another. But she wasn’t employing it for its literal meaning. She was wielding it for its uglier connotations — someone devious, someone with dangerous sexual tastes. She might as well have used the word pervert.

I couldn’t get over how easy it was for her to say. Then again, she didn’t know.

“My mother is gay,” I said into the microphone when it was time for questions. It was only the second or third time I’d articulated it aloud. I let it hang in the air for a second, the truth.

She didn’t know how my mother’s parents had yanked her out of women's college after she fell in love with a girl. She didn’t know how, that summer, they flew her alone, over and over again, to a psychiatrist in Dallas who said he could cure her. She didn’t know the way experiences like those convince a person that if she admits who she is, she will never be loved.

The zealot on the dais didn’t know that’s how you end up with a husband and kids who are on to you, but so devastated they can’t put it into words. And she also didn’t know about the ways my mother managed for all those years to find joy amid her alienation and secrecy. She didn’t know how Mom made us virgin margaritas for the beach and drove carpool in her Umbros and high-tops (my mother to this day plays at least three sports) and took us to the top of the one hill in the park and made us ride our bikes down yelling “Tawanda!”

She didn’t know a thing. And suddenly, I needed her to.

“My mother is gay,” I said into the microphone when it was time for questions. It was only the second or third time I’d articulated it aloud. I let it hang in the air for a second, the truth, reverberating over the AV system. "How can you say that she shouldn’t have the right to marry someone she loves?”

I was baiting her, and knew it. I had never once thought about my mother remarrying and had no idea if she’d be interested. I had no idea how I would feel about it. That wasn’t the point. We weren’t really talking about marriage. We were talking about bigotry.

The woman looked out at me and paused. I thought for a second she’d summon, if not empathy and understanding, at least a desire not to look heartless in front of an audience of future voters. I thought she might respond that I was in a complicated situation, perhaps advise me to get support from a trusted adult, do something that would make her look caring and me high-strung.

She did seem to choose her words carefully.

“You need to understand,” she told the 16-year-old kid at the mic, “that your mother is engaged in deviant behavior.”

No one on the panel or in the audience said anything. There was only stunned silence. Finally the lesbian attorney cleared her throat and noted that we were far afield of the constitutional questions at hand. She was doing what she’d been trained to do. Don’t get emotional. Stick to the issues.

I didn’t mind. I walked out of the ballroom, and I didn’t tell anyone what had happened, including my mother, for years. I didn’t need to.

I forgot about the whole thing, actually, recalling it only in 2013, when the Supreme Court struck down DOMA a week before I married a woman. It turns out that I am a deviant, too. I am such a deviant that we have a baby girl. And today, as the Supreme Court rules that every American is entitled to marry whomever she or he chooses, the streets will fill with deviants celebrating not only their right to participate in the most conventional of institutions but their right to live beyond stigma and shame.

I was thinking that all of that will force the woman on the panel to finally grasp how wrong she was. But I saw the look in her eyes. I caught her hesitation. I heard the silence that greeted her.

She knew it then.