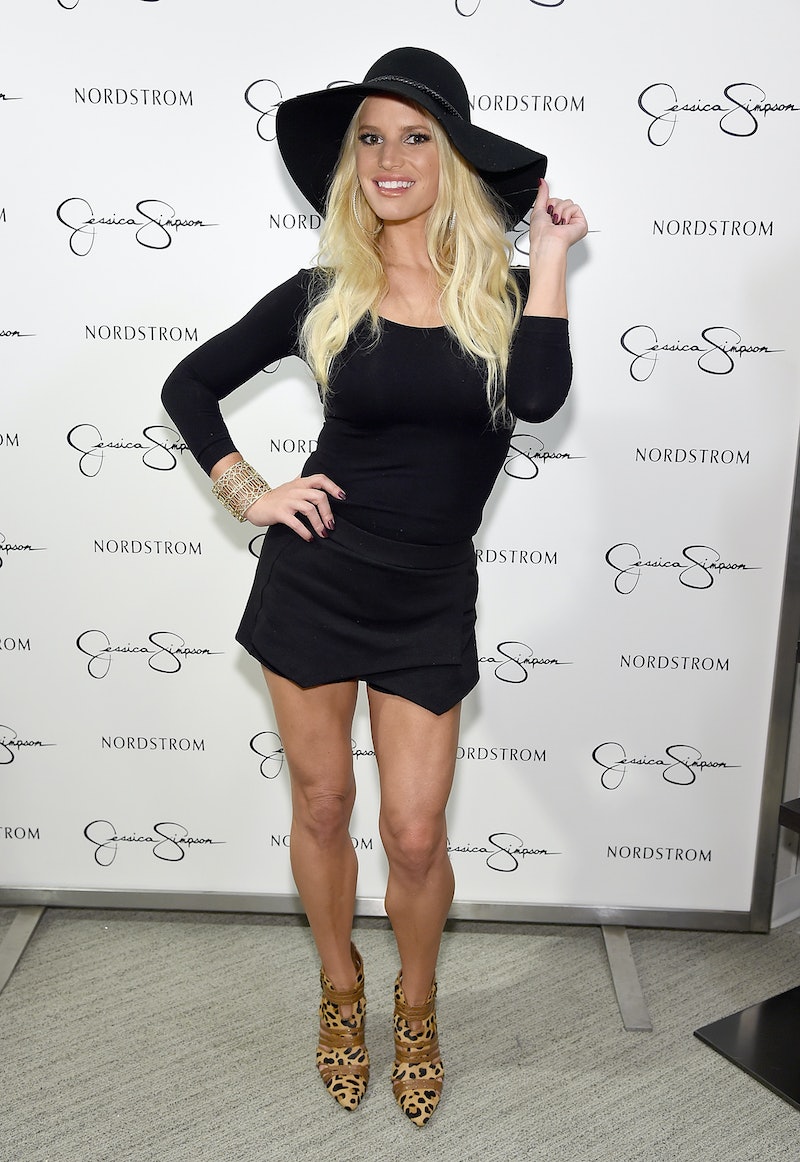 Further proving to the world that she's the reigning queen of celebrity brands, Jessica Simpson is opening fashion boutiques across the country to house her successful line of clothing, shoes, accessories, and fragrances. Us Weekly reported that the pop-star-turned-fashion mogul is set to launch a chain of boutiques that will carry products from the Jessica Simpson brand as early as this year. The news follows the announcement this spring that Simpson sold half of her company's stake to Sequential Brands Group, Inc.

“I never dreamt that this would happen to me in a million years,” Simpson told Forbes about leading a business empire and what has contributed to its success. “I feel like I can relate to the heart of every woman, no matter what size, what age." The singer and mother of two founded her company in 2005, which grew to $1 billion in earnings last year thanks to her line of handbags, shoes, and fragrances. Simpson has since expanded her fashion empire to include women's clothing, maternity, intimates, and home decor.

Simpson's products have been sold at major department stores like Macy's and Dillard's since the launch, but the boutiques will truly capture the spirit of her brand. It's a risky venture, but one that the former MTV reality star is prepared to take on. “I have learned so many lessons when it comes to business, but I feel like the most empowering lesson that I have learned is failure is okay sometimes," Simpson said. "And in that we grow, and we learn from that, and there is success around the corner.”

More like this
Iris Law's Skunk Mullet Is Not For The Faint-Hearted
By Tomi Otekunrin
10 All-Denim Outfits Inspired By Billie Eilish, Bella Hadid, & More
By Allie Fasanella
Dua Lipa Just Took A “Pre-Show Dip” In A Dreamy Thong Bikini
By Allie Fasanella
The 6 Best Hiking Socks For Summer
By Rachel Cavanaugh
Get Even More From Bustle — Sign Up For The Newsletter