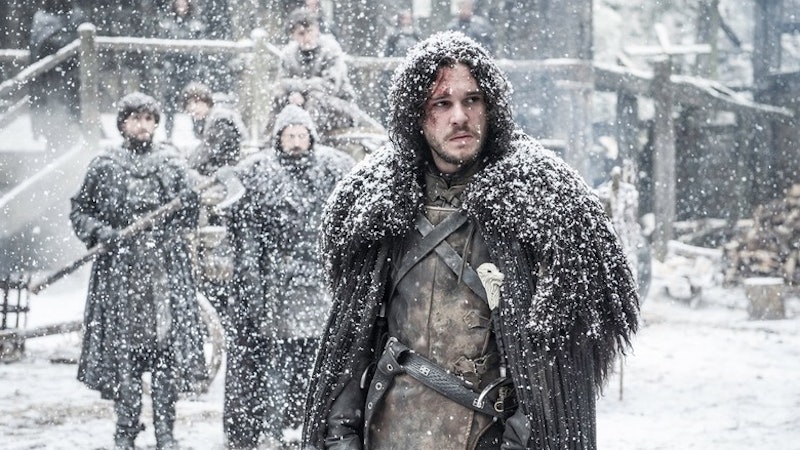 Game of Thrones is a great show in the sense that in terms of characters, there's a little something for everyone. There are heroes, villains, and those that straddle the line to become both (or neither) and it's really entertaining to watch. It also kind of makes you think. There are several different religions in the Known World, with none taking much more precedence or being more respected than the others (or so it seems to me). This makes me wonder: Do the people of Essos and Westeros know about astrology? Even if they didn't, I'm sure they'd be intrigued by it and we'd be able to drum up enough support to start a new following in no time. After all, the idea of the zodiac is that we're ruled by our star signs, and I'm sure our favorite Game of Thrones characters would be taken in by the idea that their sign influences who they are.

But for those of us watching, what do our signs mean when it comes to our favorite characters? Quite a lot, really. Your sign determines certain elements of your personality, generally speaking, and it stands to reason that it would also dictate the types of things and people you're drawn to. If you're not sure who your perfect GoT match is based on your sign, you're in luck, because I'm about to tell you.

Aries can be quite mercurial and short-tempered, leading them to be impulsive in their decision making — a quality they can sometimes come to regret. Daenerys knows the feeling of acting before thinking, but while she may benefit from more self-reflection, it's her deliberate action that gives her the qualities of a great leader.

Those born under Taurus are generally swayed by earthly pleasures. They enjoy finer material goods, sexual dalliances, a nice glass of wine... Cersei is an obvious match for the Taurus, as she too revels in winning all that life has to offer, generally to the point of excess.

Geminis are often the life of the party, possessing charisma, a quick wit, and genuine interest in those they engage with, making them extremely well-liked by most they encounter. Tyrion fits with this perfectly, as it's hard to find fault with him, regardless of which family he comes from and which of the players vying for the throne you happen to support.

If there's one thing that matters to a Cancer, it's home and family. They are fiercely loyal to those they consider kin and find comfort in the familiarity of their close ties. Sansa knows this feeling well, and it's her loyalty to the Starks and her home, Winterfell, that has allowed her to continue amidst such horrid conditions that she now faces.

Leos tend to love being center stage and can sometimes be a bit of a show off, but never in an obnoxious way. They suit the spotlight naturally, and have a flair for the dramatic and theatrical, which only serves to make them more endearing. The description fits Jaime Lannister well, and I think he'd really love the comparison.

When it comes to Virgos, they tend to have an insane attention to detail, particularly if they believe the information they're learning may help them later down the line. They are intent on making the world a better place according to their own visions, and Arya is doing just that. Learning how to become No One isn't just for laughs — there has to be an end game, and she's determined to get there.

Libras prefer to do their life's work in the company of others. They are fair and balanced and constantly seeking fulfillment of each project they start. Brienne of Tarth embodies this sign perfectly, as she is loyal and focused and always keeps her oath to those with whom she aligns herself.

Scorpios are intense and can be difficult to deal with for those who aren't used to such a direct and forceful approach. They let nothing hold them back, perhaps even when they should, and no one suits this better than Ramsay. He may be the master of his own destiny, but it can often be at the expense of someone else's. Sorry, Scorpios! I still love you! (But not you, Ramsay!)

Those born under Sagittarius may be extremely philosophical and concerned with the meaning of life and all that happens within it. They are wanderers because of this quest for truth and understanding, a quality Jon Snow knows well. Rest in peace, Jon Snow!

Capricorns are practical people and value pragmatism and a business-like approach to all they do in life. They're ambitious and set in their ways, but will adapt as necessary to get what they want in the end. Littlefinger is most definitely perfect for Capricorns, as you never really know what he's up to, so aloof does he seem pretty much 100 percent of the time.

Aquarians are incredibly socially conscious and have new and unique ideas to make the world a better place for the next generation. They're visionaries and philanthropists, much like Margaery, who was well on her way to changing things in King's Landing — until she was unceremoniously dumped into a prison cell, that is.

Pisces might seem quiet to the outsider, but they have a very rich inner life and are very deep and spiritual people. They not only feel their own joys and sorrows deeply, but are often extremely empathetic towards others, as well. Sam is the best example of this sign, and he's lovely, isn't he?