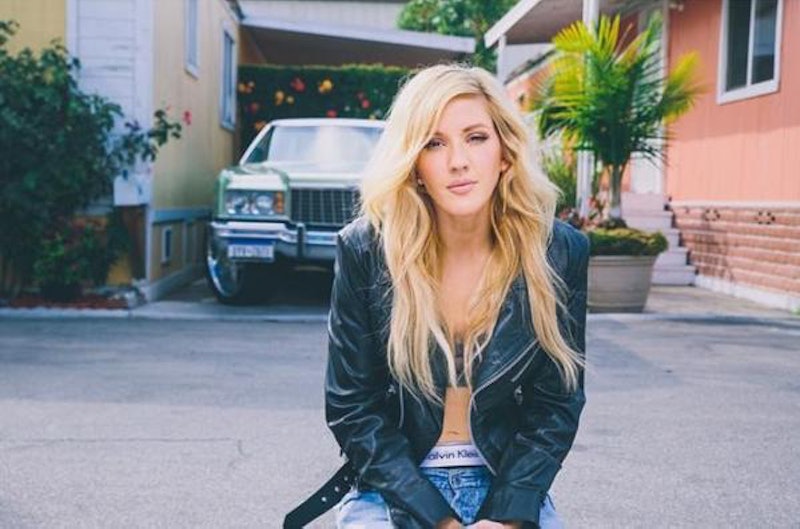 Listen, I'm going to be honest with you, here: I'm a total grandma. Seriously. I'm in bed by roughly 10 PM every night, even on weekends, and I get crabby if I'm kept up later than that. Early to bed also means early to rise, and I'm generally up by 6 AM, if not earlier. It runs in the family, what can I say? But following the sleep schedule with the geriatrics of the world isn't easy, especially when you have friends that want to stay up and party into the early hours of the morning. For that, I rely on two things: large amounts of coffee or other caffeinated beverages and really good, upbeat music. The music is probably the most important part of the equation, because if you play a song with a fast enough BPM count at a loud enough volume, no one will be sleeping! Woo hoo!

You probably have a playlist of songs that get you pumped up for a big workout or even just to get out of bed in the morning, and that's great — but music meant to keep you from falling asleep is just a little different. It's gotta be groovy, but it also has to be upbeat. However, it can't be too in-your-face or grating. After all, you want to be awake and loving it, not awake and annoyed. Don't worry — I'm here to help.

Rae Morris, "Under The Shadows"

You may not have ever heard of Rae Morris, but I bet after listening to "Under The Shadows", you'll be glad you did. The song is nice and moody for the late hours, but has enough body and oomph to it that it keeps you listening and awake, forming basically the perfect midnight (and later) soundtrack. Just press play — I promise you'll agree.

Another deep groove with a lot of body, Jessie Ware's "You & I (Forever)" is a bit on the romantic side, but hey, it's late, and it's too dark for anyone to see you swooning. While this song has a super relaxing feel to it, it's just fast-paced enough to keep you from drifting too far into it (and into sleep), so basically, it's perfect.

This is one of those songs you want to be on a late night drive to, and perhaps you should be. Get in the car, roll down the windows to take in the late night breeze, and blast this one out (but not in a residential neighborhood, because some people have work in the morning). It'll keep you going.

You can't go wrong with an Ellie Goulding song. Her voice is heavenly, but Calvin Harris pumps enough dance music into this one to keep the energy levels high without going into full-blown rave mode. Goulding's voice keeps the whole thing grounded so you're floating right in that sweet spot of awake but chill.

Am I cheating by having Drake on this list twice? Maybe, but it's my list, and this is a really good pick. "Mine" is another winner because it's got a beat you can feel in the pit of your stomach with enough lightness to keep the song moving forward (and your eyes open).

This song is a couple of years old now, but whatever! It's still amazing. It's just got "late night groove" written all over it. It's sexy and fun and alive and makes you feel like you should be in the corner of some dark, dank club, drinking gin and tonics and eyeing up a hot stranger. Maybe that's what you SHOULD be doing. You shouldn't be sleeping, that's for sure.

Florence + The Machine, "What Kind Of Man"

If you're shocked you haven't collapsed of exhaustion just yet and you're ready for one more big blowout before you pass out face down in bed until noon tomorrow, go with "What Kind Of Man", because no one knows how to do it up quite like Florence Welch. Once the song is over, you'll be well and truly ready for bedtime.