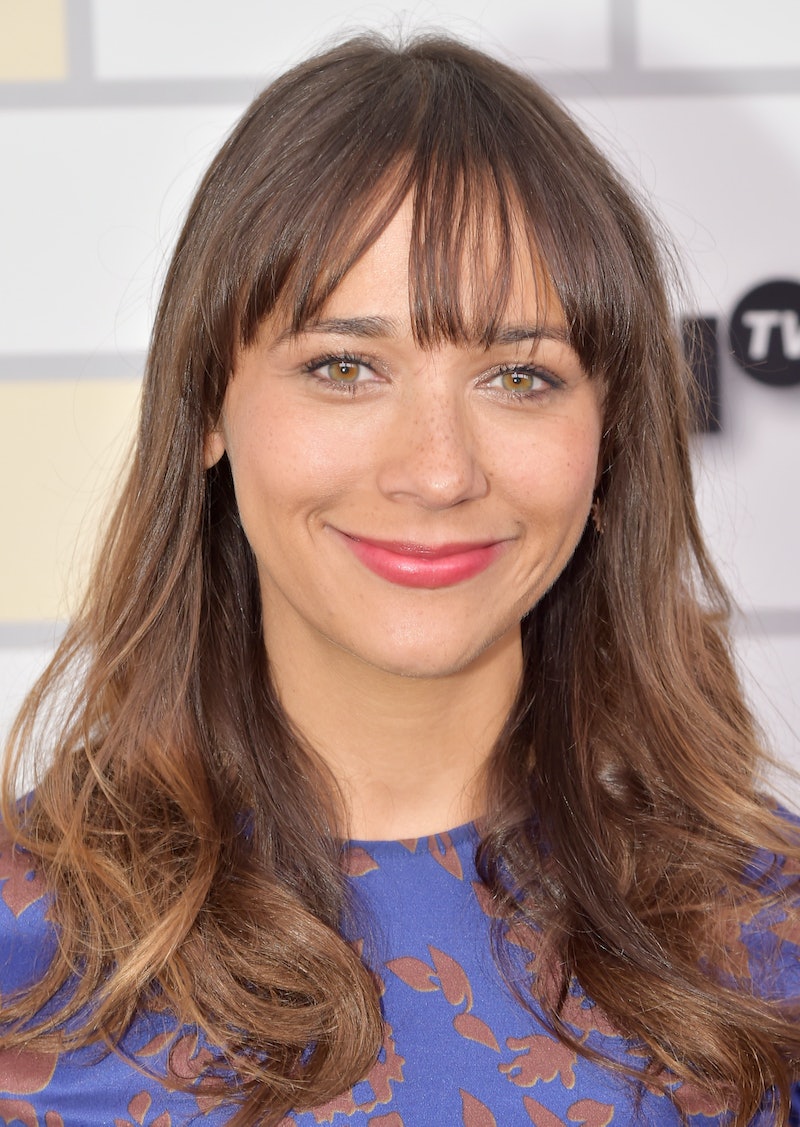 Someone once told me that a woman can be described by two of four things: pretty, sexy, smart, and cute. And even though I didn't believe them at the time, Rashida Jones' Wired cover is all the more proof that they were wrong. The actress, producer, and writer looks stunning as the cover girl of the magazine's "All Work & All Play" issue. But it doesn't just stop at her looks.

For a magazine that specializes in the latest tech news, having Jones on the cover was far from their average month. And according to Wired's editor-in-chief, Scott Dadich, she was picked because of her ability to "inspire creativity and innovation through her work." At first, I didn't understand this because I mostly know Jones from Parks and Rec reation (and her little stint on Freaks and Geeks). But the reality of her life is that she's busy writing the Toy Story 4 script, producing a documentary for Netflix, and showing off her killer bangs in her latest Verizon Fios commercials. Plus, she's even looking into investing in a tech company while she's out on the West Coast. "But it would have to be something I believed in," Jones said.

And that right there is why she's on the cover. Instead of covering Marie Claire or Vogue, Jones has broken out of the pretty actress mold and gone in a whole new direction. She's making the point that there's more to her than her pretty face, and I applaud her for it.

More like this
Cameron Diaz Just Recreated *That* Iconic 'There’s Something About Mary' Scene
By Rachel Mantock
Sandra Bullock, Girlboss Extraordinaire
By Matt Harkins & Viviana Olen
The 9 Wildest Magazine Covers From 2002
By Ivana Rihter
10 Ways To Modernize The Early '00s Frosted Eyeshadow Look
By Olivia Rose Ferreiro
Get Even More From Bustle — Sign Up For The Newsletter