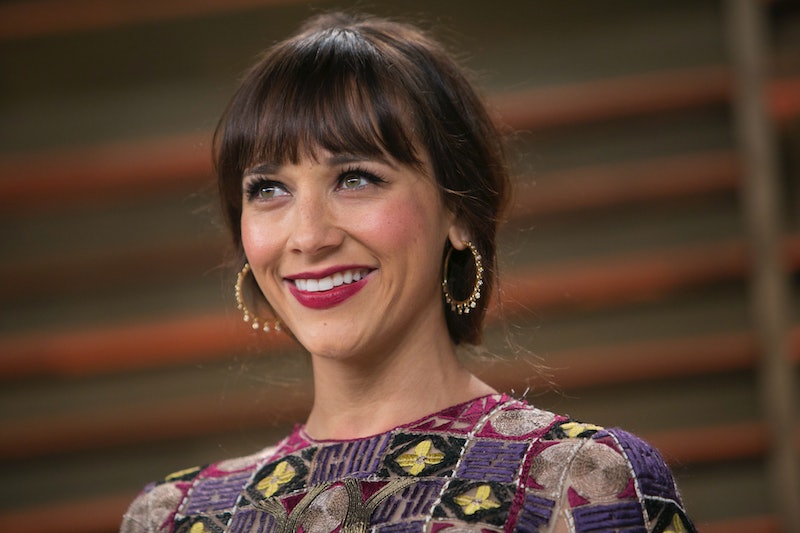 The departure of Rashida Jones from Parks and Recreation meant more than just us missing out on Leslie’s constant (creepy) compliments to Ann: Jones also missed out on the chance to chill with Pawnee’s Mayor Gunderson, played by Bill Murray. Fear not, though — Jones and Murray will have a second chance to cross fictional paths though, as Bill Murray will appear in an episode of Rashida Jones’ new comedy, Angie Tribeca , which will premiere on TBS this summer.

Angie Tribeca, a police procedural satire, will feature Jones as one of the quirky detectives in their unit in the LAPD. Bill Murray will guest star as a grocery store clerk named Vic Deakins, who flirts with Angie as she buys her groceries.

Two Parks and Recreation veterans (well, Murray was in an episode, but STILL) in one place again automatically sends my brain spinning. Just think of all of the potential Parks and Recreation crossovers we could get on Angie Tribeca! With Parks and Rec ’s finale still laying heavy on my heart, it’s soothing to imagine that we could see our favorite Pawneeans reunited on the silver screen once more. But in a world where Ann Perkins is a detective, how would the rest of the Pawnee gang fit in? They'd have to be very different from the characters we met in Pawnee!

Well, I have a few ideas…

Burt Macklin obviously appears as an FBI hotshot who gets called in to handle the police department's most serious cases, like jewel heists and mafia busts.

After a midlife crisis, Offerman's character decides to quite his job as a middle school English teacher and become a big, bad police officer. Unable to pass the police exam, Offerman accepts a position as an intern at the department.

Aubrey Plaza's character own the bakery next door to the police department and frequently brings over yummy police-themed goodies for the police crew to sample. Sure, it's the exact opposite of April, but that's the point!

Rob Lowe plays a beady-eyed criminal whose lifestyle keeps him on Tribeca's top list of suspects.

Ansari would play a hippy repeatedly arrested for his anti-consumerism protests that sometimes cross the line (public nudity being a key feature). However, he is rich enough to lawyer his way out of jail, resulting in the repeat offenses.

Scott's character would be a sexy, smooth-talking criminal that all the female detectives in the department (and maybe some of the male ones?) have secretly fallen in love with.

Retta would play the local coroner. A dry, no-nonsense woman who is constantly appalled at the antics of the squad of detectives she works with. She drives a gold Dodge Caravan. She's a frugal lady who does not waste any time on material objects and prefers a life of simplicity.

Jerry is a ball-busting, macho, badass captain from the neighboring town. Jerry has commanded the respect of his department, won recognition and praise from the public, and through it all has drawn the jealous ire of Tribeca's department.