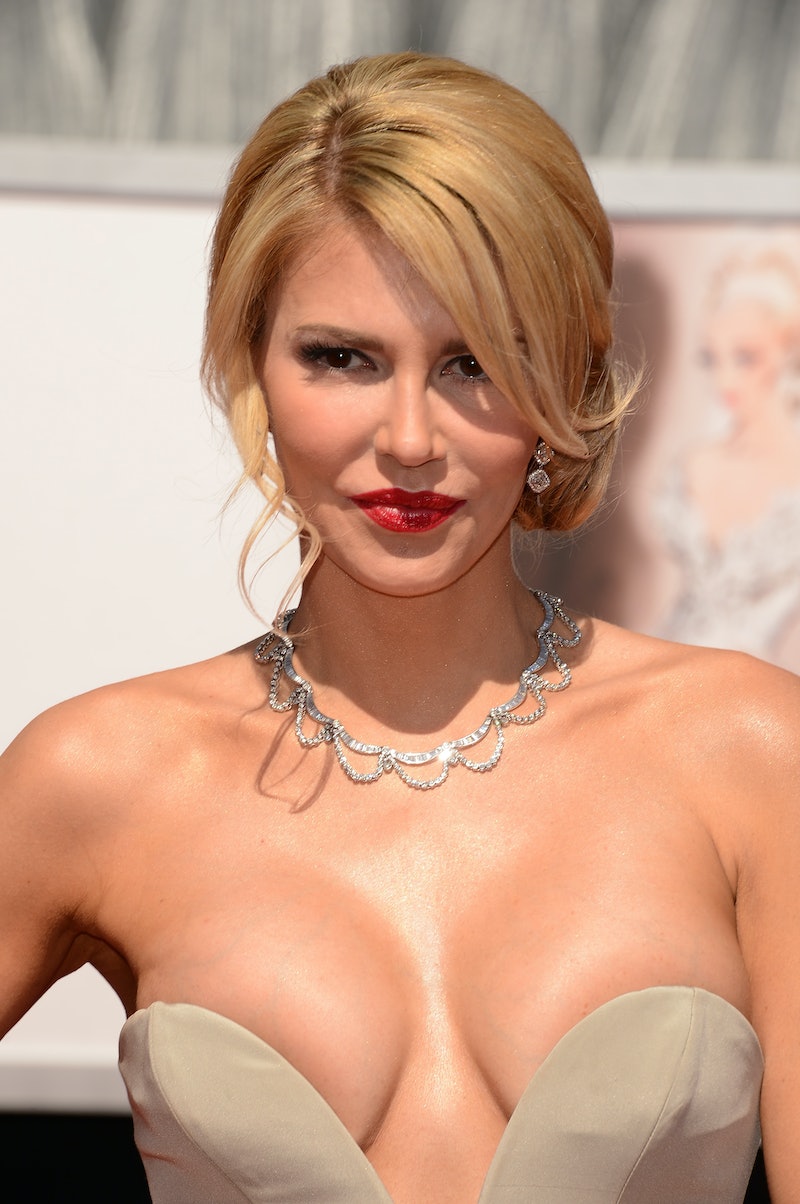 If you are, like me, currently still mired in the stages of grief over the fact that Brandi Glanville will not be returning to The Real Housewives of Beverly Hills , let me say this: grrrl, I feel you. Denial ain’t just a river in Egypt, baby, am I right? But, while I try to convince myself (and Bravo via Twitter) that Brandi Glanville has to come back, I feel myself slowly slipping even further into those stages after the reality sinks in. Slowly but surely, I — and eventually you — will move into acceptance. But, in order to get there, we have to talk about what we have lost, because getting rid of Glanville is a huge loss for Bravo and for RHOBH fans everywhere.

So what exactly are we losing now that Brandi Glanville won’t be gracing our television screens weekly to drop her f-bombs and get in the middle of those Richards sisters and their insane fights? A lot, it turns out. Like the bombshell factor, for sure, and also the constant source of entertainment and debate she brings to all of her viewers’ lives. But there are other things, too. Things that, without Brandi, will change the show forever. So, without further ado (and to help you process your grief), here is a list of all of the things that won’t be the same on RHOBH without Brandi Glanville.

Seriously. That show is going to be, like, zero percent f-bombs now.

Greeeeeat. Let’s all sit around and talk about how perfect we all are, and how we never smoke pot, and how we never drink too much, and how we are all flawless mothers. There, I just wrote the script for every single episode now that Brandi is gone.

Who are they going to hate if they’re not hating on Brandi Glanville?

With Kim Richards clocking in at around five feet, Glanville was only housewife who helped to bring their average height up. Now they may as well be a show of hobbits. Rich hobbits, but hobbits nonetheless.

5. There Won’t Be Any Normal People On The Show

Brandi was the only one of those Beverly Hills broads who did normal things like pay rent and get excited about a new car and save money for furniture. Now it’s going to be all "look at my yacht" and "here's an entire episode about picking out the perfect chandelier" an "it's my dog's birthday and I'm buying her diamonds." Gag me with my T.J. Maxx spoon.

Don’t deny it: you loved living vicariously through her romps with hot men, too.

Excuse me while I go petition the head of NCUniversal to #BringBrandiBack. While I know the show can survive without her, I'm not sure my sanity will.

More like this
‘RHOBH’ Newcomer Sheree Zampino Is Still Close To Ex-Husband Will Smith
By Brad Witter
The Kardashian Forerunners
By Mariah Smith
Sam Ryder Is Ignoring The Eurovision Hype, Too
By El Hunt
JoJo Fletcher & Jordan Rodgers Got Married In A “Playful & Fun” Wedding
By Grace Wehniainen
Get Even More From Bustle — Sign Up For The Newsletter