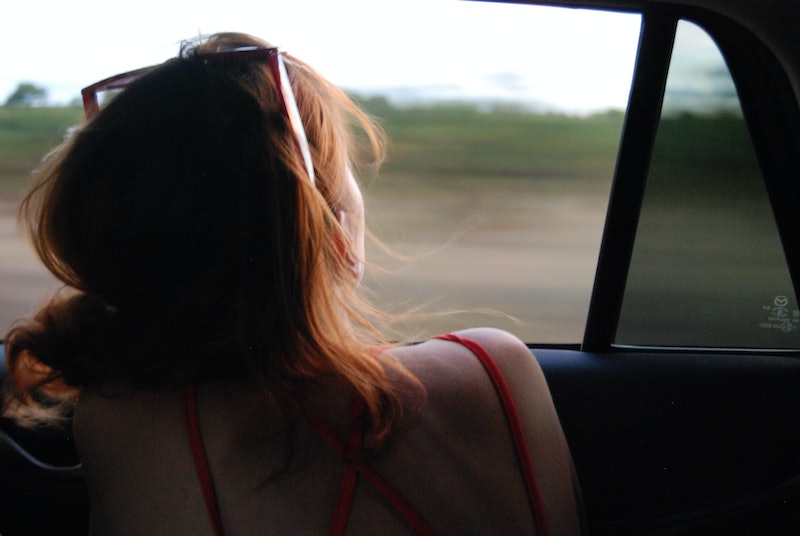 My quarter-life crisis gave me the overwhelming urge to change up my scenery in a major way. At a family gathering back home in Connecticut, I told my parents' friends I was going to move across the country. Their first questions were understandably, "is it for a job?" and "is it for a guy?" Nope. It was just for me.

But there was just one problem: as a born and bred East Coast girl, I didn't know where to go. Instead of feeling scared, I had the invigorating feeling that the possibilities were endless. It was incredibly freeing to research cities all over the country, pick one, and then make the move happen. Call me selfish, but I wanted this decision to be 100 percent my own. I needed a clean slate that was mine and mine alone. That's easy to say since I was single at the time I decided I was through with New York City, but I'm extremely grateful I had the opportunity to move to the West Coast solo.

Of course, there's not one "right" or "wrong" way to make a cross-country move. If your move is the right decision, you'll be equally happy whether you're single or part of a couple. However, I think sometimes people are more hesitant to take the leap if they're not moving with a partner. Here are five reasons why moving when you're single is actually pretty great.

1. You'll Get To Make All The Big Decisions

What neighborhood do you want to live in? What apartment building is your favorite? Compromise is great and all, but I loved being able to decide these things for myself. And if making decisions isn't your favorite thing in the world, it's great practice!

If you're moving to a city where you don't know many people, it can definitely feel a little isolating at first. A perk of being single is that, outside of work, you've got nothing but time. You're plenty flexible! So when a coworker or casual acquaintance asks you to hang out spur of the moment, your answer can usually be yes. You're also free to build your own social circle without feeling like you always have to bring your boyfriend or girlfriend along if they haven't met people as quickly as you.

3. You'll Be Forced To Be Self-Sufficient

Are you directionally challenged? Really bad at putting together furniture? Me too! But when you're forced to be self-sufficient, you'll surprise yourself. Although I was single when I left New York, I had a huge network of friends to hang out with, so finding our way anywhere was totally up to them. If I needed help putting together furniture, that's what my guy friends were for — (and by "help," I mean I sat there watching as they assembled my bookcase for me).

Moving to Seattle with no boyfriend and about two friends in the city meant I needed to learn those skills on my own. If I wanted to sightsee, I needed to figure out how to get myself there — otherwise I'd end up spending the afternoon in my apartment watching TV. When my kitchen table arrived, it was time to break out the pink toolbox and finally learn how to use a hammer and screwdriver. I'm still not amazing with directions and I wouldn't say assembling furniture is my new calling, but now that I've been forced to do these things, I know I'm totally capable.

In general, I prefer being single to being in a relationship. Although this preference isn't super common, I think plenty of women feel the same way, and it's slowly becoming more socially acceptable. We all have different reasons for being #TeamSingle, but one of mine was wanting to spend all my free time with my friends.

After I made my move to Seattle with no boyfriend and few friends awaiting me, I had no choice but to embrace all my alone time — and it's been pretty great. There's no better way to get to know yourself than to figure out how you want to spend your own time. It forces you to stop and think about what actually excites you — and what you can live without.

5. You'll Have A Totally Clean Slate

When I moved across the country solo, I felt free. I was seen solely as the person I am today, not the girl I was when I moved to NYC a month after my college graduation. I do think this would have been more difficult (although certainly not impossible) if I'd moved with a partner. I've had ample opportunities to pursue new activities and new friendships since, and doing so has taught me even more about myself and my values. Best of all, when I meet new people, they only see me for who I am now.

So if you've been craving a change of scenery but are worried about going it alone, I say go for it! I'd be willing to bet you're way more resourceful and self-sufficient than you give yourself credit for.