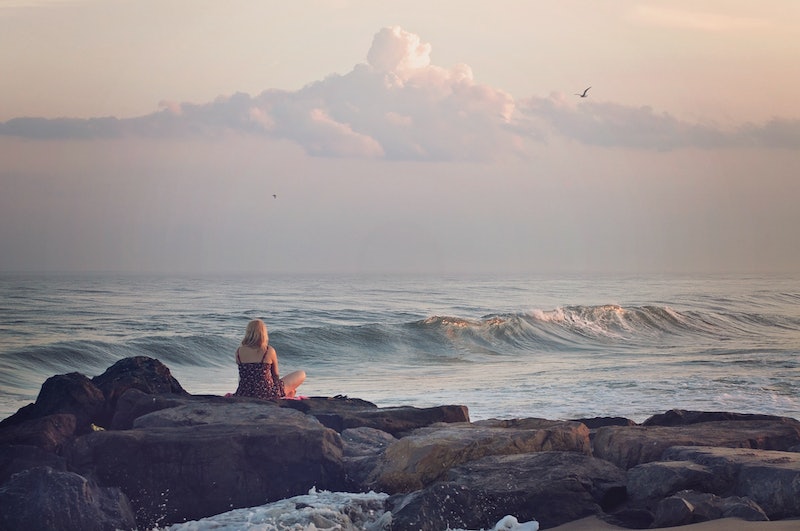 Clichés hold an important place in our lives. If we’re at a loss for words, they can offer comfort. Thy can also be important lessons painted as vivid pictures, such as “The grass is always greener on the other side.” And, at the risk of sounding trite, these universal phrases remind us that nothing is new under the sun; at the end of the day, we all experience very similar things in the world. There are several sayings that have proved to be true in my life, like “Less is more” and “Be careful what you wish for.”

But when I kissed my chaotic teenage years goodbye and started faking my way as a 20-something grown-up, I quickly learned that many of the things our parents and role models told us when we were kids were nonsense. I stupidly relied on them as gospel for years, which only brought more anxiety and disappointment. Sometimes, I can’t help but throw my hands in the air and wish I knew back then what I know now (OK, that was a mini-cliché, I know). So, I made a list of hackneyed phrases that I promised myself I would never pass down to the next generation. Here are the top seven I'd suggest we retire.

More than any other saying in the world, I wish this one were true. But anyone who has been in a relationship, however perfect or dysfunctional, knows that you need so much more than deep affection for your partner to make things work. There are significant factors to consider in long-term relationships, such as matching values, financial stability, and healthy communication.

I spent far too long with a boyfriend who had serious commitment issues and even had trouble admitting our relationship in public. We loved each other a lot, but our adoration for each other couldn’t overcome the weak foundation of our relationship.

2. “Everything Happens For A Reason”

You’ll often hear this one when tragedy strikes, and I understand the good intention behind it. It could be in response to a small calamity, like getting your valuables stolen, or something bigger, like watching 9/11 shake our country to the core. But the older I get, the more I see thousands of innocent people die in war and natural disasters, I’m robbed of the ability to think everything happens for the greater good.

Sometimes, horrible things just happen — that’s the reality of the world. Instead of trying to find the superior reason behind it, I like to think it’s our job to step up and support each other when disaster falls in our laps.

The good guys may not be on top of the world, running multi-billion dollar corporations and marrying supermodels, but that doesn’t mean they have somehow lost in the game of life. I know plenty of dudes with good character and a solid set of ethics who are wildly happy and successful. If we keep passing down this old saying, we’ll only perpetuate the idea that men have to be mean to get what they want.

HBO's Silicon Valley satirizes this idea when the main character Richard is literally told by everybody that he has to be more of a jerk to get his company up and running. For the most part, though, he tries to do the right thing, and I have a feeling that he won’t come out a complete loser.

This fits into the American dream: Anybody can pull themselves up by their bootstraps by working hard and making something of themselves. Unfortunately, this isn’t always the case. Many people in our society simply don’t have the same opportunities as the rest of us. Not all children receive the same education; some people are more likely to end up in prison than others. And all of them may work their a**es off to make ends meet.

Plus, you can probably name plenty of wealthy people out there who haven’t had to jump through many difficult hoops to get to the level of success they’re at. Like Malcolm Gladwell says in his book Outliers, it’s more about who you know and the timing you find yourself in.

In other words, people are set in their ways and don’t change. On the contrary, I have witnessed numerous people in the later stages of life who made incredible transformations for the better. They’ve changed their diet, they’ve quit smoking, and they’ve even started traveling the world after a lifetime in one place. We assume that we can’t learn anything fresh after we lose our youth — but it isn't true.

For example, I showed my 60-something-year-old mom how to properly text and even how to use Skype. Also, I have taught an old dog who was pretty much blind how to sit and shake. True story.

6. “Sticks and Stones May Break My Bones But Words Will Never Hurt Me”

I like to think the awareness raised about bullying has made us realize that this phrase couldn’t be farther from the truth. I used to cry myself to sleep when I was a kid and I got made fun of for being a nerd or being biracial. Cruel words that are laced with hatred do hurt us, sometimes deeply and profoundly. They even drive individuals to physically harm themselves.

The language we use is so important; it’s reflective of what’s going on in our hearts. The sooner we teach our children that, hopefully the less we will see people tormenting each other.

I used to be a serious worrywart, and taking chances wasn’t in my nature. But two years ago, something inexplicable compelled me to drop everything — conventional job and rent-controlled apartment — to move across the world and teach yoga. Since then, my life has been a series of unexpected turns, some more incredible than other, but all of them rewarding.

Risks are essential to moving forward and experiencing everything the universe has to offer. Most of the success stories that inspire us include a pivotal point in which the person is presented with a tough decision; the seemingly dangerous choice was usually the one that got them to where they are are today.