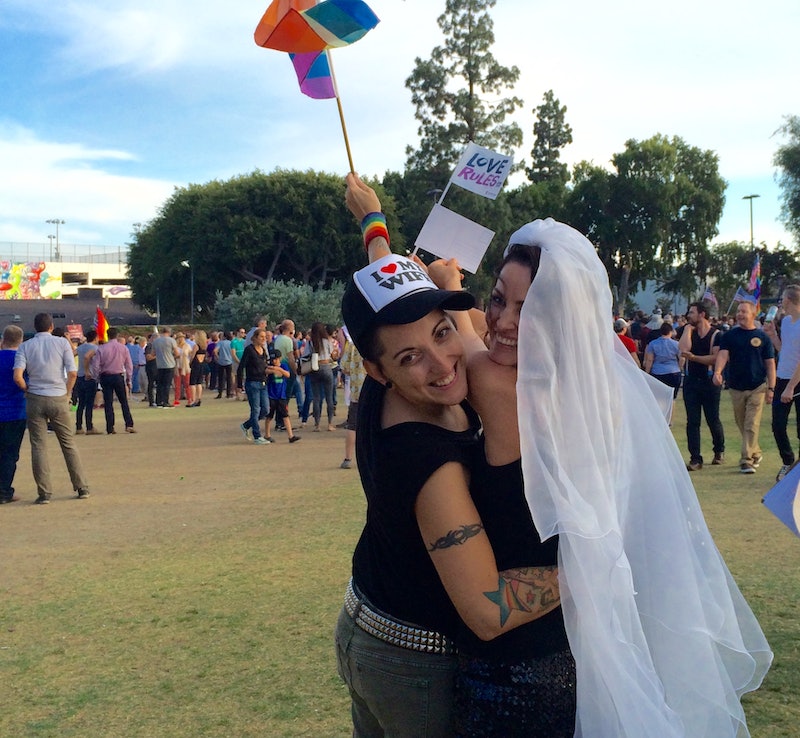 The sense of community in WeHo is incredibly strong, and it's had to be. No one I spoke with on Friday was an LA native, and many moved here from all over the country to live in a place where they felt they belonged. The SCOTUS decision marks a new chapter for everywhere in the United States to be a "home," and that realization struck a simultaneously painful and hopeful chord with celebrators.

Alex and Carlo, a couple that moved here from Kentucky and Louisiana, were in thrilled shock on their way to the rally. Sharing what this decision meant for them, Alex said (through giggles and tears): "Marriage is about love, but it's also so much more. It's knowing you're not a second-class citizen. It's knowing I could go get married in Kentucky or Louisiana now ... It's everything." Carlo echoed Alex's statement, adding, "Fulfilling. Just so, so fulfilling."

In a crowd full of rainbow flags (and boas, and tutus), similar heartfelt stories were heard all night long.

"Twenty years ... It means everything."

"You don't realize the walls you've put up and how unaccepted you've felt until you're accepted all at once."