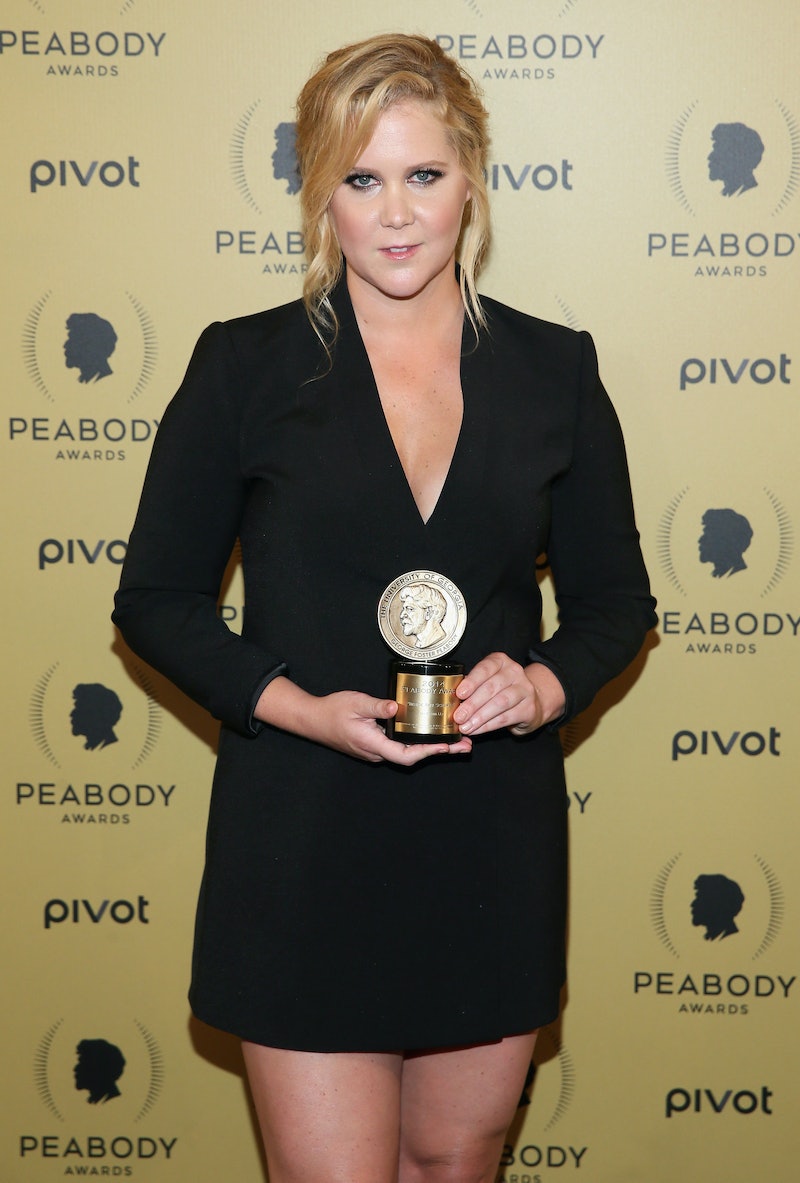 Turns out, when Jon Stewart announced he was leaving The Daily Show, one comedian was actually offered the role we all wanted for her before it ultimately went to Trevor Noah: In other words, Amy Schumer was offered The Daily Show. In an interview with The Daily Beast on Friday, she discussed for the first time that she was offered the role — and why she ultimately turned it down. While in some ways, this is a bummer great loss for us all (no disrespect to Noah, who I'm sure will do a fantastic job, but imagine how amazing a Schumer-helmed Daily Show would be!), Schumer's decision makes all kinds of sense, and her explanation is actually pretty empowering.

Here's what she had to say about the offer and her decision:

“I was so honored to be asked and considered. With Comedy Central, I project so much ‘You’re my parents!’ on the network and the people that run it, so them saying, ‘We believe in you and trust that you can do this,’ I thought, ‘Oh my god, thank you!’ And then I thought, ‘Well, I could give everyone I love a job and we could all be together for five years. But picturing being in a building and knowing what I was going to do for five years—I love not knowing. And I’ve never done anything safe or to make money for that reason. So, you know, I said, ‘I can’t start now.’”

So, rather than do what many people wanted her to do, or do anything out of loyalty to a network, she made the decision based on her career and her desired lifestyle. Just because Schumer is one of the most successful, talented female comedians of our lifetime doesn't mean she has to fulfill all the comedy roles in order — she has to do what's best for her.

Though many of us put Schumer on our lists of people whom we'd want to replace Jon Stewart, it actually wouldn't make that much sense for Schumer's career right now. Sure, she's demonstrated that she's a versatile comedian, and she has some excellent interview segments on Inside Amy Schumer that suggest that she would be great in the role. However, Schumer is currently making one of the best and most innovative shows on television with Inside Amy Schumer. She gets to tell the stories she wants the way she wants to tell them — even if that means making a feminist parody of a '50s drama last a whole episode. In comparison to a sketch show like Inside Amy Schumer, the tried and true Daily Show format seems pretty constricting for her at this point in her career.

Additionally, there's the five-year commitment contract that Schumer mentions: at the peak of her success, why would she want to lock herself in the same place for five years?

Just because a female comic is funny doesn't mean she likes the interview format. Schumer recently said on Michael Ian Black's new podcast that she's never been interested in interviewing celebrities; she's more interested in talking to regular people she's fascinated by (like she does on her show). At this point in her career, she seems a lot more interested in creating her own roles than stepping into preexisting ones. It's incredibly badass for her to turn down a role like this, and despite not making many dreams come true, it's pretty empowering of her to value her own wishes over external pressures. Maybe one day she'll step into that Daily Show role, since all signs point to her having a long and successful career ahead of her.

More like this
Amy Schumer Is Actually The Other Kardashian Sister You Never Knew About
By Jake Viswanath
Sandra Bullock, Girlboss Extraordinaire
By Matt Harkins & Viviana Olen
Here’s Everything Coming To & Leaving Netflix In June
By Alyssa Lapid
Britney Spears Met The Weeknd & Sam Levinson, So She May Actually Be On 'The Idol'
By Jake Viswanath
Get Even More From Bustle — Sign Up For The Newsletter