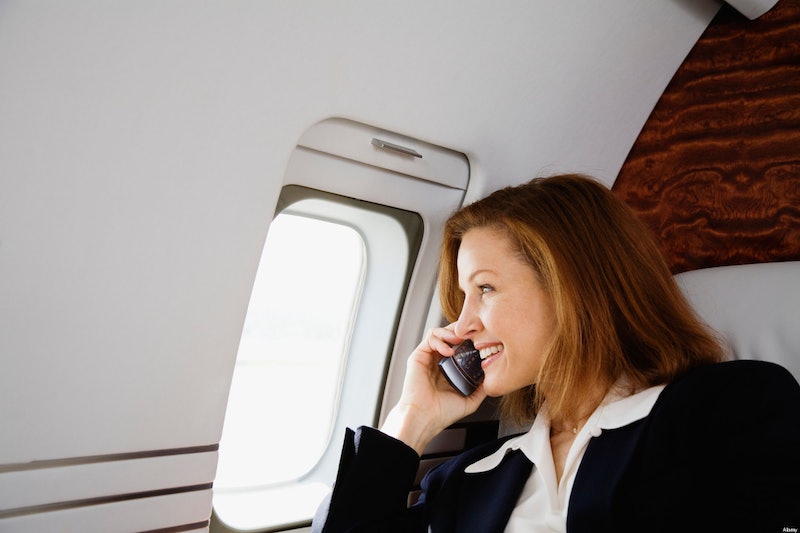 You may have heard that when women try to balance a career and raising a child, one of those things ends up suffering for it. But before you get all riled up, check this out: a new working paper from Harvard Business School suggests that girls with working mothers may actually do better than girls who grow up with moms who don't work. What, you mean to tell me that women can actually be successful in their careers and still be good, effective parents at the same time? This just goes against everything I've been taught about "a woman's place being at home," and I'm not sure my feeble mind can handle all this new, conflicting information.

In all seriousness, Kathleen McGinn, Elizabeth Long Lingo, and Mayra Ruiz examined ten year's worth of data from around the world, gathered from the International Social Survey Programme, which is basically a giant database that brings together cross-national social science projects and organizes them by research goals. The researchers looked at 24 surveys from six different continents, trying to ascertain how the adult outcomes differ between kids whose moms worked and those whose mothers didn't, all other factors being equal.

The results are awesome news for working moms and their kids: researchers found that girls whose mothers worked when they were growing up were more likely to have jobs, and hold a supervisory role at their jobs. Hooray!

They were also more likely to work more hours and spend less time on housework at home, which I mean sort of makes sense, because everybody needs to sleep at some point, right? For boys with working moms, researchers didn't find any significant career-oriented differences, but they did find that those boys spent more time caring for family members when they grew up than boys whose moms stayed at home.

To be fair, correlation doesn't show causation, so we can't say that being a working mother will make your daughters more successful in their careers. But the researchers have a theory: parents are powerful role models, and girls who see their moms working are likely to follow their example. Pretty cool, huh?

To be clear, I don't think there's anything wrong with being a stay-at-home mom — if a woman chooses to do that, I support her choice. But there aren't too many men out there who think a woman belongs in the office and staying at home to raise her kids is doing society as a whole a disservice. So if there's evidence out there that supports women actually can achieve work-life balance, challenge traditional gender roles, and maybe even make it easier for women in the work force, I think it's something well worth celebrating.

More like this
5 Crystals To Manifest More Money
By Megan McCarty
Sandra Bullock, Girlboss Extraordinaire
By Matt Harkins & Viviana Olen
The Case For A Hard Launch Summer
By Morgan Sullivan
Are Gemini & Capricorn Compatible In A Relationship?
By Kristine Fellizar
Get Even More From Bustle — Sign Up For The Newsletter