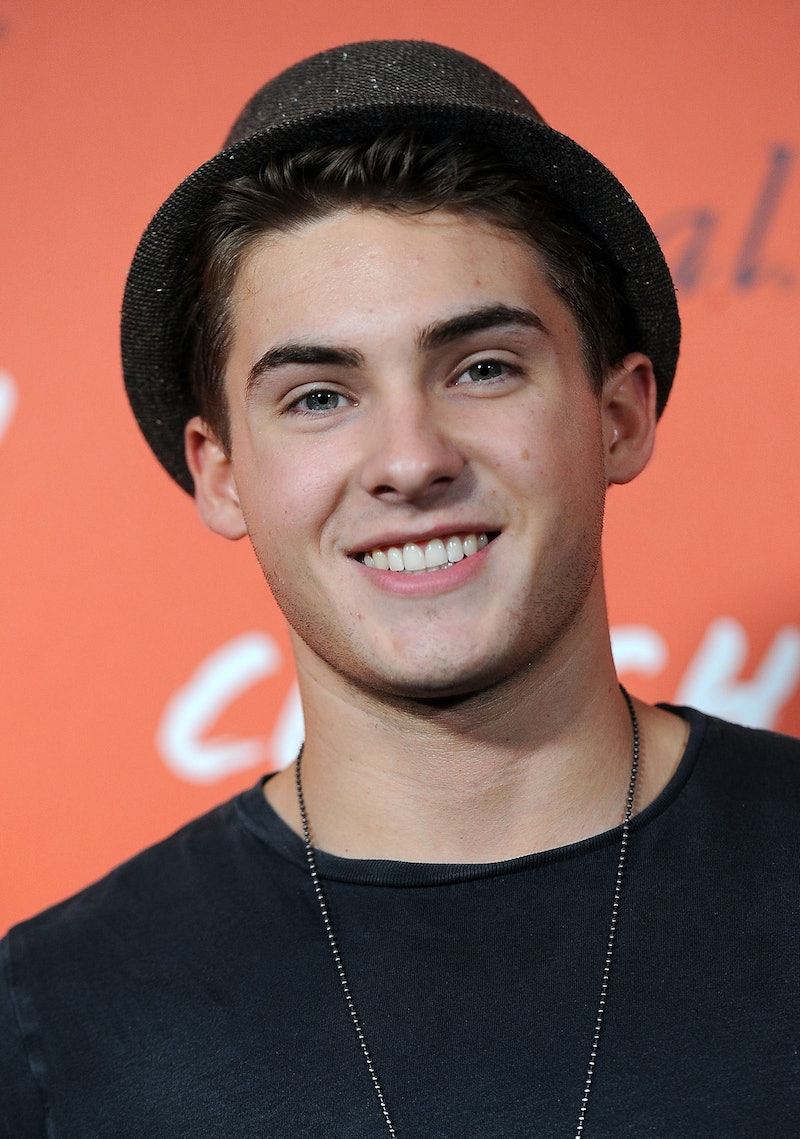 Guys. GUYS. It's finally happening. Teen Wolf Season 5 is upon us, and with it comes everything we've always loved about every other season. That means more Stiles & Malia moments, more Scott taking on the True Alpha role in Derek's absence, and more Kira being the complete badass kitsune she is. It also happens to mean the addition of some new characters, more specifically, Theo, played by Cody Christian. That name sounds familiar, right? It should, because you've seen him before.

Pretty Little Liars fans know Cody as Mike Montgomery, Aria's little brother who went from surly teen to A team suspect in pretty much no time flat. He's since made his move to MTV to play the aforementioned Theo. Here's what we know about him so far, according to MTV.

[Cody] will be featured as senior Theo, a lone wolf who is drawn to the spooky California town in search of a pack. He’s described as athletic and charming yet covert, and while it may appear that the young adult is new to town, his past might suggest otherwise.

Another athletic, charming studmuffin in Beacon Hills? I mean, I'll take it, as if I really needed another reason to obsessively watch the show.

I'm sure there are some out there, though, who are a little nervous about adding a new cast member to an already pretty solid show. Sure, Teen Wolf did it with Dylan Sprayberry's Liam last season, but if I'm being completely honest, I was a bit underwhelmed by his overly angsty presence, though I'm sure he'll be more important now that he's got his established backstory. For all the nervous nellies out there, don't worry — Cody Christian is totally perfect for the part. Here are five reasons why, in case you still need convincing.

1. He's Played A Shady Character In The Past

If MTV's brief character description tells us anything, it's that we might not be able to trust Theo very much, at least not in the beginning of the season. Sounds a lot like the several episode-long arc of PLL during which it seemed pretty likely that Christian's character was A, does it not?

As are all of the important characters on Teen Wolf. On that note, who else is eternally depressed that Tyler Hoechlin will no longer be a series regular?

He actually had a small role on True Blood back in 2008, so he should be totally used to working with vampires and werewolves by now. Sure, he only played "Screaming Boy," but, I mean, at least it's something, right?

4. He's Been Prepping For The Part Since Before He Got It

Talk about full circle. In fact, he did, so I guess my joke was better than I thought.

5. He's Got His Werewolf Face Down Pat

And, really, that's the most important part of being on Teen Wolf.