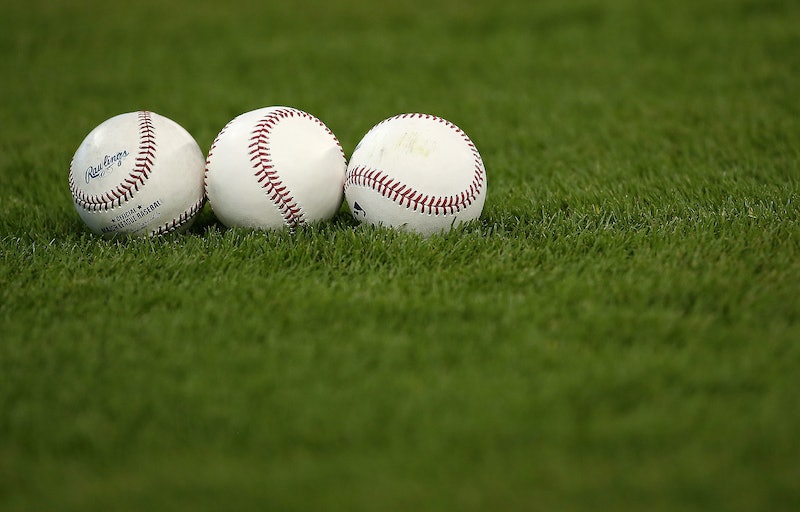 July 25, 2015 will go down in American history as an enormous day for gay rights, with the Supreme Court's sweeping ruling effectively legalizing same-sex marriage in all 50 states. And just one night earlier, there was another groundbreaking story playing out on a baseball diamond in the city of Sonoma, California, just north of the Bay Area — Sean Conroy became the first openly gay baseball player ever to take the field, and followed it up with a dominant, nine-inning shutout of the Vallejo Admirals.

It's an important (and awesome, quite frankly) story, especially in the context of an America that's made such huge strides for gay rights recently. In 2011, the military's Don't Ask, Don't Tell policy was repealed 17 years after its enactment, and even before the Supreme Court sped the pace on marriage equality with their Friday ruling, the progress was stark: 35 states had legal same-sex marriage by the time it went nationwide.

And yet, within the realm of American professional sports, active out athletes are few and far between. The NBA had Jason Collins, MLS has Robbie Rogers, and for a while, it seemed like the NFL would have Michael Sam. But in baseball, there's been no such example with an active player — former Los Angeles Dodgers and Oakland Athletics outfielder Glenn Burke was reportedly out to some of his teammates in the 1970s, but not to the public.

In a press release by the Stompers, Conroy gave a short, sweet explanation for why he decided to come out.

I’ve always played baseball because it was fun and I loved the sport. Being gay doesn’t change anything about the way I play or interact with teammates. I hope that in leading by example, more LGBT youth will feel confident to pursue their dreams, whatever those dreams may be.

Obviously, a league that boasts such relative unknowns as the Sonoma Stompers, Vallejo Admirals, and San Rafael Pacifics won't be mistaken for the brightest stage. The Stompers play in the Pacific Association of Professional Baseball Clubs, an independent professional league that exists below the talent level of the MLB-affiliated minor leagues, but above semi-pro ventures.

But a pro is a pro, and Conroy left little doubt as to his skills on Thursday night. He pitched a complete game in front of his home crowd at Sonoma's Arnold Field, shutting out the Admirals by a final score of 7-0, and a dominant 11 strikeouts.

To put it another way, if you're scripting your inspirational Hollywood film: the first-ever openly gay pro baseball player came out on his team's Pride Night, then turned in a virtuoso, nearly unblemished performance. He only allowed three hits over those nine innings — he was virtually untouchable.

Someday, perhaps soon, we'll see a Major League Baseball player come out to the world, demolishing yet another barrier in American sports. But whenever that day comes, never forget that he won't be the first pro bat-swinger or pitch-slinger to go public about who they are, because that distinction goes to Conroy. Here's hoping we'll hear about more dynamic pitching from him — and if his team's staggering 17-3 win-loss record continues, that's probably a safe bet.