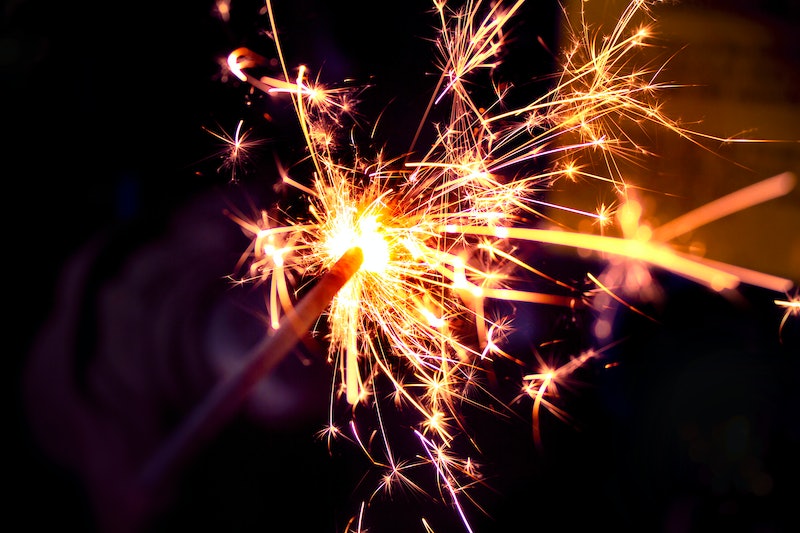 When you think of summer, you envision the nationwide Fourth of July celebrations. You see the fireworks, feel the warmth of the sun, hear "America the Beautiful" sung by Ray Charles, and you can practically taste the cheeseburgers and endless flow of adult beverages. It's a splendid day of American pride and overindulgence. Everyone dresses in red, white, and blue, and with the extended three-day weekend, we keep the party going until returning to work the following week.

Not everything about Independence Day is awesome, though. There are some drawbacks to the best day of summer that make it slightly less than spectacular. Things that don't exactly ruin the day, but that remind you the following week that this holiday comes once a year for a reason. I mean, nothing is perfect, so you can't exactly party hard without at least a few holiday flaws, right? And with the right amount of planning and preparation, you can prevent most of these Fourth of July bummers from happening altogether. So when you finish up work and get ready to kick off the holiday weekend, keep these slightly sucky aspects in mind. Here are all the worst things about the Fourth of July.

We're in the thick of summer right now, so extreme heat is inevitable. If you're running around and drinking booze all day, dehydration is in your future. This feeling is no fun, so guzzle that water like you're crossing the dessert.

Everyone is everywhere on Fourth of July. Don't assume that everyone is at the beach so the stores will probably be clear. People will be in your way on the roads, in the stores, on the beach... everywhere.

It's perfectly fine to drink in excess as long as you're being responsible and careful. But this day, of all days, is when you find the ones who drink recklessly. People will be beyond drunk by 11 a.m., getting in trouble, and making a mess. It's just part of the holiday. #Merica

4. The Lines At The Grocery Stores

Do yourself a favor, and stock up on party supplies and everyday essentials the week before, because if you forget to pick something up and need to head to the grocery store during Fourth of July weekend, just know it's going to take you forever and a day. And the thing you need to buy might be sold out.

Dogs get scared at the sound of nearby firework shows. A lot of pet owners even need to buy medication for them to calm them down. You gotta feel bad for the pups who are stuck at home thinking the world is about to end while their owners are getting tanked on the beach.

If you live anywhere other than Southern California, you'll have to load up on bug spray this Fourth of July. Mosquitoes absolutely suck, and they'll be out in swarms during firework displays. So if you don't want to go back to work with a bunch of itchy welts on your bod, douse yourself in repellent. And just deal with the repellent smell until you get home.

More like this
8 Saucy Swimsuit Trends That Are About To Take Over Summer 2022
By Allie Fasanella
Here’s What Sarah Jessica Parker’s Canned Cosmo *Actually* Tastes Like
By Emma Garza
What Is “Night Luxe?” Breaking Down TikTok’s New Aesthetic
By Courtney Young
Here's The Spiritual Meaning Of The May 2022 New Moon
By Nina Kahn
Get Even More From Bustle — Sign Up For The Newsletter