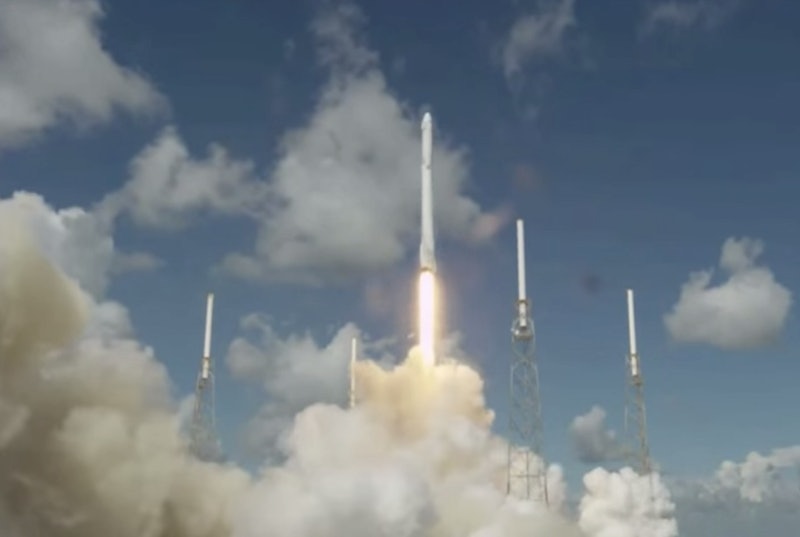 It was a clear and hot Sunday morning in Cape Canaveral, Florida. A great day for a trip to the beach and for shooting an enormous metal pencil hundreds of miles into outers space. Unfortunately, there was a problem with the latter, and video of the SpaceX Dragon explosion is all the proof you need that Elon Musk's rocket, which was carrying over 4,000 pounds of cargo and supplies on its way to the International Space Station (ISS), did not successfully launch. NASA is investigating why and how the rocket exploded roughly two and a half minutes after takeoff, but the important thing to note here is that SpaceX Dragon was unmanned.

That said, there were many young students' experiments on board, including a ladybug colony from an elementary class in Littleton, Colorado.

SpaceX was the third attempt by Musk to send a reusable rocket into space, and this failure to launch is yet another setback for the billionaire executive, and for the ISS. Thankfully, a Russian convey is expected to send supplies on July 3, reports NBC.

Debris from the explosion could be seen falling into the Atlantic ocean, and many onlookers, excited for the launch, caught the ill-fated launch on video. Here is some of that footage:

Video Of Launch And Explosion