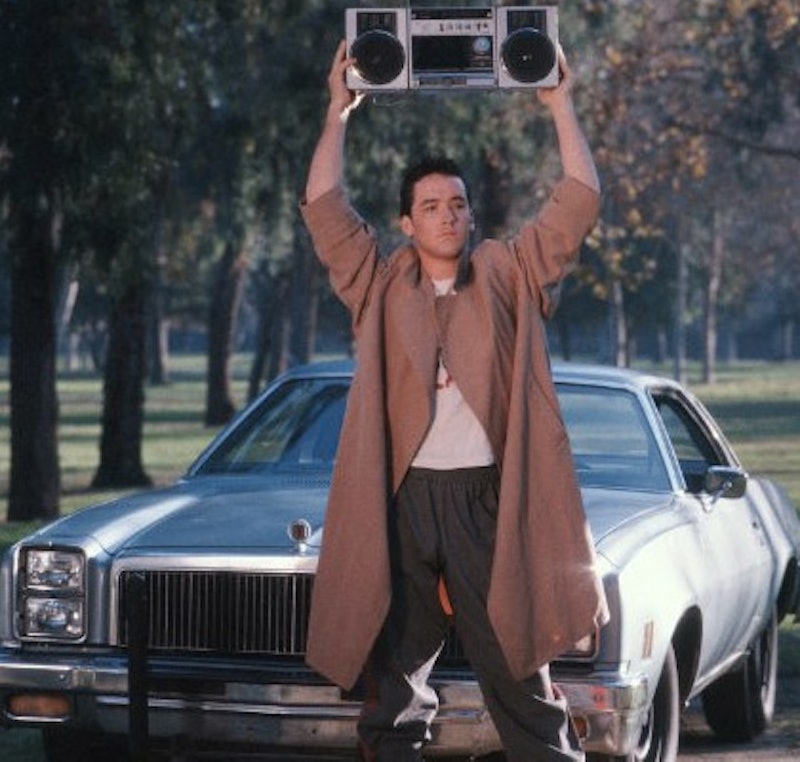 A good romantic comedy never goes out of style. But that doesn't mean that the dated technology and pop culture references don't, either. Because if Say Anything's epic boombox scene is any indication, the kids these days probably have no idea what Lloyd Dobler is even hoisting over his head. It's a shame, but one we have to accept... I guess. Damn kids. Sure, Peter Gabriel's "In Your Eyes" is still pretty popular, but even if youth today are familiar with the tune, I doubt that any modern day teen would opt for that song as the one they'd try to woo their potential significant other with.

Yet I, for one, figure that it's time we attempt to rectify the situation, for the sake of John Cusack, Peter Gabriel, and more importantly, for the Casanova Lloyd Dobler himself. After all, Say Anything is a classic teen movie, and perhaps if we translate it into something the new kids on the block can understand, it'll stay a classic. Here are six songs kids these days would probably play off their Spotify as they hold their Beats by Dre Pill Speakers over their heads with one arm in order to impress their Tinder date... or something.

I might just open my window for this one.

For the especially broody teen.

You know, for anyone who really doesn't get the hint and needs something super straightforward.

None of these songs were available back in Lloyd Dobler's day, but if there was ever a Say Anything remake, we'd think they would at least make the shortlist. Not that we're suggesting a remake, of course — some things are sacred. Leave Lloyd and his boombox alone!