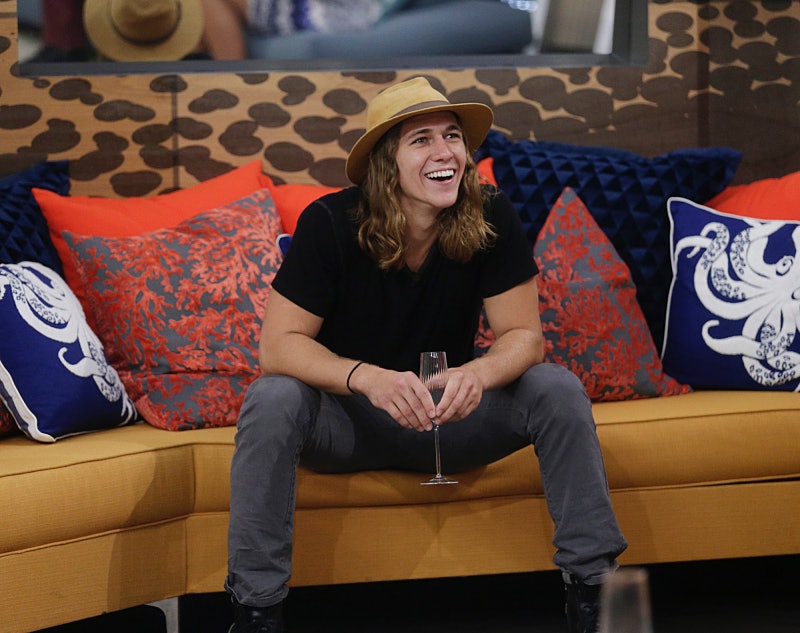 If I've learned anything this week it's to not pick favorites on Big Brother because people can be gone in a flash. (This is my first time watching, so I guess I should have known better.) I was a big fan of Jace, but his housemates are not, and so they're attempting the very first backdoor elimination of Big Brother 17 to evict Jace. In case you don't remember, backdooring someone is a complicated process requiring at least 6 people to be in on the scheme. Pawns are put up for nomination with the understanding that the person who is really supposed to leave will replace one of them and be up for elimination at the last moment. Poor Jace, the hot personal trainer from California basically sealed his fate this week when his social game came on a little strong.

I don't know if he was playing an angle or he really is just that nice a guy, but he was trying to be everyone's friend, especially with Austin. He and Austin have what you can only describe as a bromance, doing everything from shouting about protein shakes to pretend-talking on shell-phones together. I thought it was funny, and what else are you gonna do when locked up in a house all day? But, everyone else seemed to find it annoying.

Unfortunately, his strong social connections (particularly with Austin) coupled with his physical strength scared the rest of the houseguests. The two HOHs for the week, plus several other competitors, decided he needed to go — but they couldn't just nominate him. That would have given him a chance to win Battle of the Block and stay in the house. So they hatched the plan to backdoor him which is honestly breaking my heart a little.

I've been watching the live feeds and [spoiler alert] Jace gets pretty down when he finds out about the plan. "I don't really have anything to go back to," he lamented to Clay, after Clay informed him that the whole house was basically going to vote the same way so as to stay in each other's good graces. At this point his only hope would be to sway the minds of those voting and hope he can stick around for a little longer. But, even if things don't work out, at least he gave things his best shot. It's not his fault the house is already off to a really conniving start. And hey, he'll always have shell town.