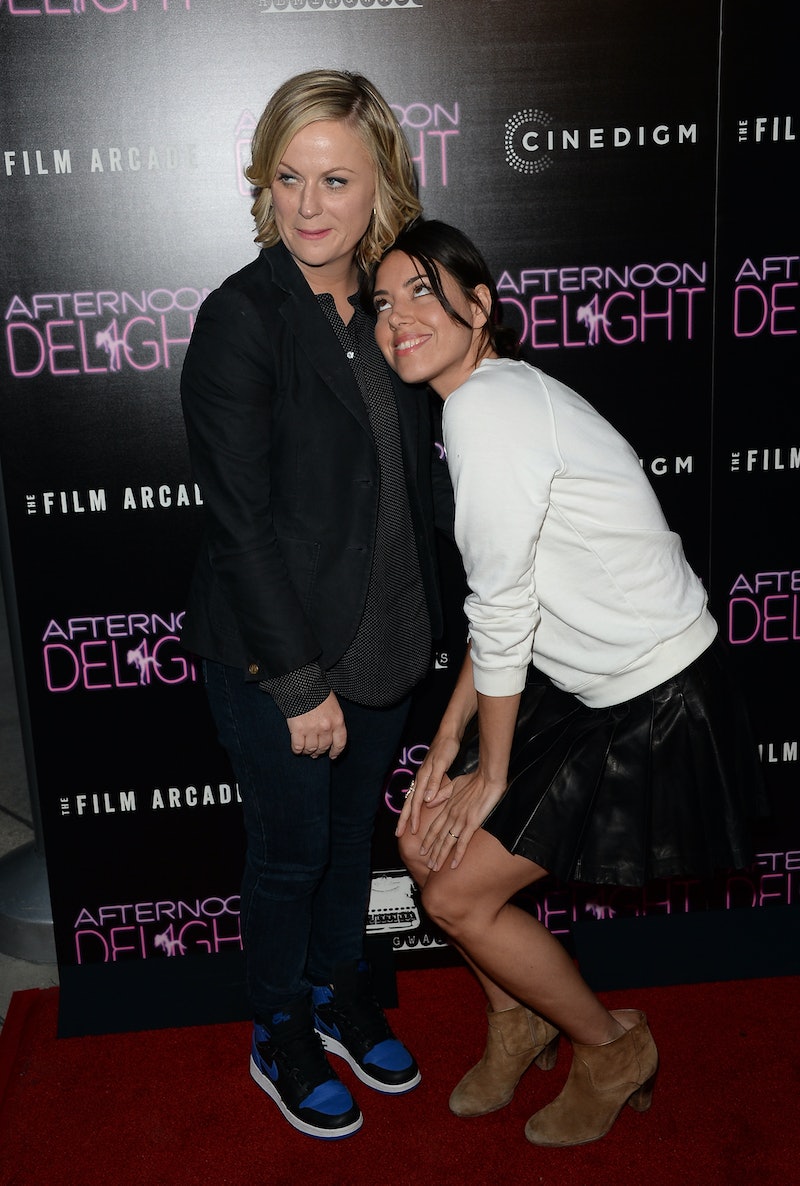 I don’t know if it’s because I’m the baby of my family, because my mom has always been one of my closest friends, or because I've had some amazing female bosses, but I love being friends with women who are older than me. Don’t get me wrong — I love being friends with women my own age, too, and some of my best female friends are actually younger than me. But as a young (and often foolish) woman, I feel particularly grateful for the advice and perspective that all of my older female friends bring to my life.

Older female friends aren't only valuable for their wisdom and perspective, of course (although they have a lot of both, and we young idiots would be stupid not to take advantage of it). Women who are older than you can be awesome, drama-free friends who are also great role models, providing us with many examples of how to be an awesome woman and live a life that makes you happy. Frankly, I'm not always sure what they get out of the deal, but no matter what, I know from experience that their friendship is invaluable. Here are seven reasons (drawn from my own life) that making friends with women who are older than you will totally enrich your existence.

I never have to worry about being open and honest with my older female friends. They’ve made their stupid, youthful mistakes and survived, so they know how easy it is to make a choice that turns out to not be in your own best interest — and they don’t hold them against you. It feels so liberating to know that I can talk to my older female friends about anything, without fear they’re going to silently (or vocally) judge me.

Most judgmental behavior comes from a place of insecurity —which is why your older friends, who are established enough in their lives to feel secure about themselves, don't need it. When you have female friends who are older than you, you get to rest easy with the knowledge that they’ll genuinely listen, and they’ll do so without freaking out, or panicking that your difficulties are somehow going to drag them down, too. It’s awesome, and it’s kept me from going nuts on more than one occasion.

2. Their Advice Comes from Real-Life Experience

Some young women are capable of giving really excellent advice. However, the advice that comes from my older female friends feels more valuable in a way, because it comes from real-life experience. I can give you my opinion on tough relationship decisions all day long, but my older female friends have lived this crap and won. I don’t always take their advice right away, but I do know when they give me advice about absolutely anything, I need to really listen to it, because it's not just a random opinion — it's been earned.

3. They Don’t Just Tell You What You Want to Hear

Recently, one of my older female friends told me I was being codependent in my relationship. It really sucked to hear that, but she was right. She also told me I needed to speak up more about the issues in my relationship that were bothering me, and she was right about that, too. So I took her advice. And even though taking her advice kind of sucked at first, as it led to lots of tear-filled, uncomfortable conversations, it helped me do what I needed to do.

I'm not saying her advice magically fixed every concern in my relationship, but it was honest, unvarnished, and aimed only at helping me in the long run — unlike advice that focuses on flattery or calming you down, which feels good in the short-term, but ultimately doesn't improve your life. In my experience, older female friends see themselves at your age when they hear about your problems —and so they want to steer you towards a happier life in general, rather than just making you feel better in the moment.

Again, not to hate on my younger girlfriends or my generation as a whole, but older women typically don’t do drama. At least, not the ones I’m friends with. They’re surprisingly chill about almost everything. If I’m late for dinner, they don’t get frustrated with me (even though I kind of deserve it); they just order a beer and flirt with the server until I get there. And when life gets crazy and we end up going over a year without meeting up, it’s no big deal. I just had dinner with one of my older female friends (who also happens to be one of my former bosses) and it was comfortable and fun, even though we hadn’t spoken in 15 months. The list of female friends my age who would have been that chill after going so long without contact is very short, but every single one of my older female friends is this way. They have a lot going on in their lives, so they're never looking to you for validation — they just enjoy your company.

When you have female friends who are older than you, they’re usually incredibly supportive — but they will draw the line between supportive and enabling behavior. When I’ve gone to my older female friends for advice on money troubles or relationship problems, they’ve always been super understanding, shared their advice, expressed their empathy, and given me as many hugs as I’ve asked for — but it never turns into a pity party or a blame game with them. They let me vent, cry, whatever — then they tell me to buck up, and take responsibility for fixing my own problems, while offering to advise me along the way should I need it.

6. They Don’t Stress Over Little Things

While I’m prone to overthinking every single detail of my life, (seriously, I sometimes spend up to five minutes picking out my underwear), my older female friends basically seem to be Gandalf and Yoda mixed with Bob Marley. They don’t stress out about small stuff, because they’ve had to deal with some really big stuff in their lives by now — so their standards for freaking out are pretty high. Basically, as long as no one is in the hospital or in jail, they’re not about to get frazzled. Their near-stoicism not only calms me down when I’m around it — I feel like I'm really learning how to apply it to my own life by watching them in action.

7. Their Confidence is Contagious