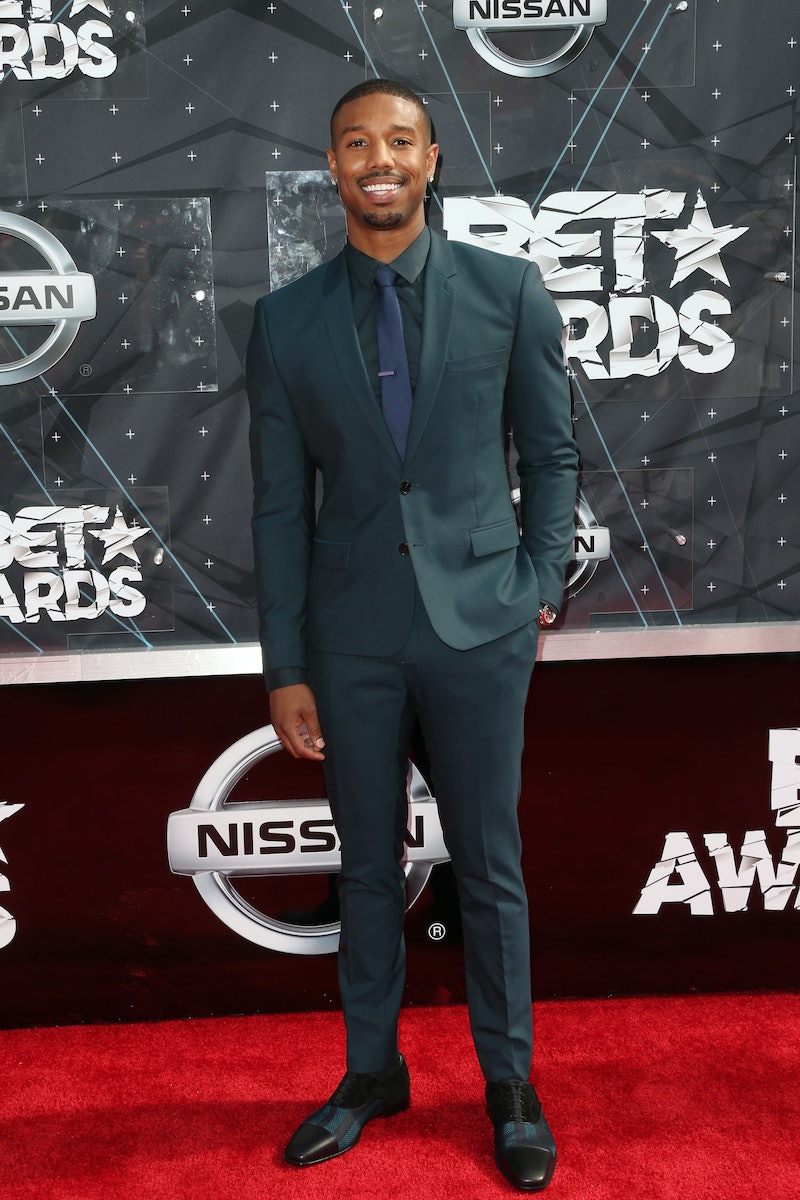 Guys. Guys. I'm pretty sure the 2015 BET Awards just killed me, or, at the very least, slayed any feels I might have had left for things like pictures of Taylor Swift's cat and Orange Is The New Black Season 2. All joking aside, however, Michael B. Jordan's Black Lives Matter speech from the BET Awards is something that should live in infamy, because it was a thoughtful, well-spoken, and forceful statement that gave me literal chills. When Jordan walked out onto the stage, I was a little busy admiring him for being, well, Jordan. Then, he opened his mouth to deliver this powerful speech, and he turned from an actor I like to an actor that I think should be beloved. Honestly, anything else that I could say here would take away from the words of the man himself, but, suffice it to say, I'm still in awe of all of this.

We'd like to take a moment to send out prayers and strength to our people in Charleston, South Carolina, who have endured but are prevailing over a horrific act of domestic terrorism. But because of that amazing resilience, and forgiveness of that community, the acts of that madman are having the exact opposite effect that he intended. All over South Carolina, love is triumphing over hate, the way it should.

Every year, at the BET Awards, we shine a light on individuals who make extraordinary contributions to our community, but this year we're going to shine a light in a different way. Tonight, we shine a light in honor of the many men, women, and children who stood up, held signs, marched, took to social media, got arrested, or even laid down in protest as a part of the Black Lives Matter movement. We are shining a light on all of you. We are shining a light on the people of Ferguson, Baltimore, New York, Los Angeles, Cleveland, Oakland, North Charleston, South Carolina, and McKinley, Texas, and everywhere else in this country where we've had to find the strength to fight through the sorrow of losing innocent lives while simultaneously demanding the justice we so richly deserve.

BET is shining a light on you, for taking to the streets, insisting that Black Lives Matter, and being a constant reminder that we are not yet where we intend to be. Black Lives Matter. You matter. We see you, and we applaud your unbreakable, unshakeable strength. Thank you.

If you were thinking that the Internet can't handle this, well, you'd be right. I'm not the only one in tears over Jordan's epic speech. If you were too distracted by his good looks to focus on his words, read the speech again above, because they are so much more important than just who was saying them. Then feel free to join your fellow denizens of the Internet in falling madly in love with Jordan all over again.

More like this
Celebrities & President Biden Are Enraged By The Leaked Roe v. Wade Decision
By Alyssa Lapid
The Music Industry Continues To Fail Black Women
By Precious Adesina
What Is Barack Obama’s Net Worth? He Makes *Way* More Now As An Ex-President
By Hugh McIntyre
Watch Benedict Cumberbatch Lead An ‘SNL’ Medieval History Lesson On Roe v. Wade
By Grace Wehniainen
Get Even More From Bustle — Sign Up For The Newsletter