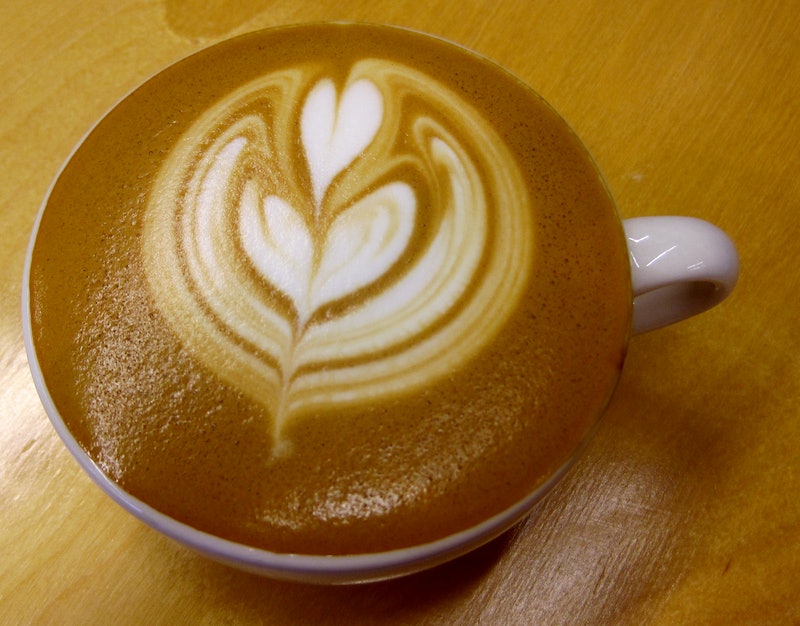 My dad shamed my last boyfriend into drinking his coffee black. We're a family of black coffee drinkers, and while we might give you a pass on cream...sugar? No way. Real coffee drinkers don't use sugar. Maybe you'd prefer a juicebox?

It's silly to judge people for their coffee additives, of course. But a lot of people do it. There's something of a coffee macho-ness hierarchy, ranging from strong and black to whatever seasonal monstrosity Starbucks is serving up. And how we take our coffee may actually be more telling than we think. One recent study found some consistent links between coffee preferences and personality traits.

For the study, psychology professor Ramani Durvasula surveyed 1,000 coffee drinkers to measure personality styles and traits — including introversion and extraversion, patience, perfectionism, sensitivity, resistance to change, and social boldness — as well as how participants took their Joe. What emerged were several patterns of personality traits shared by different types of coffee drinkers.

These folks tended to be patient, efficient and appreciative of simplicity. They were also given to abruptness and moodiness, set in their ways, and resistant to change.

2. Coffee with milk or cream and sugar

These drinkers were more likely to be comfort seekers and people pleasers. They were also open, generous with their time, and helpful but prone to getting over-extended and not taking great care of themselves.

You may have assigned this beverage to people who are hurried, stressed out, and maybe have no tastebuds. But most instant coffee drinkers were quite the opposite: Laid back, easy-going, and prone to not sweating the small stuff. They were also likely to be procrastinators and poor planners who neglect health issues.

Frappelattecino drinker? Those who preferred these drinks tended to be imaginative, socially confident, spontaneous, and open to new things. But they were also more likely to be reckless, try for quick fixes to problems, and make unhealthy diet and lifestyle choices.

These people were the most likely to be health-conscious. They also tended to be worriers, perfectionists and control-freaks who were sensitive and hyper-concerned with following the rules.