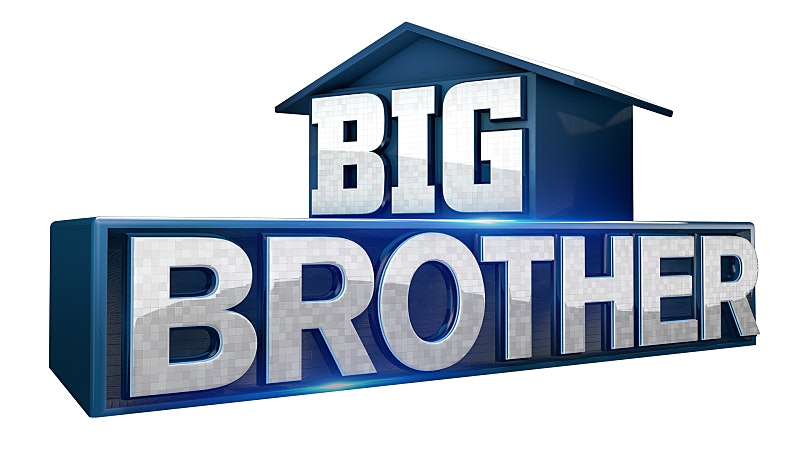 So, I know I’m late to the Big Brother game — like, fifteen years late — but hear me out: I kind of missed out on the whole late ‘90s, early ‘00s reality television boom. I came in later, after college, and landed squarely among the plumped and tucked faces of the Real Housewives and the hyper-fertile wombs of the Duggars and Gosselins. Sure I watched Real World in my day and a few seasons of Road Rules, but that was kind of it by way of real-time, real challenges kind of stuff. So even I may be woefully behind the Big Brother times, I have years — yes, years — of reality television watching to my name, all of which makes me totally likely (and super qualified) to be all over this fourteen-people-stuck-in-a-house-together-thing.

What I was not expecting, however, was how awesome this show is. Let me just say that. What the Kardashians and Real Housewives lack, Big Brother makes up for in spades. Like, how I am always left wondering after every blow up and break down in those other shows: OK, but what really happened in between all of those edits? But the fact that you can watch these Big Brother guys live 24/7? That is some seriously amazing Truman Show stuff, and I am totally into it.

I’m sure I’ll catch onto all of the show’s nuances eventually (like, umm, what the heck is a Battle of the Block?) but in the meantime, here is a list of all of the thoughts this newbie had while watching (and loving!) the show for the very first time:

Seriously, why is their stoop a stage? Where is the street? And why is there a live audience in their front yard?

2. Man, Those Lights Are Bright

Have you ever thought for a minute what it would be like to live under stage lighting at all times? I know for a fact that I get really hot and break out in hives the minute I step on a stage, so I have no idea how those contestants aren’t hyperventilating at the lack of shadows.

3. That Bridge Totally Reminds Me of The Breakfast Club

In that it looks like the perfect place for personal confessions and heart-to-hearts.

4. I Have No Idea What Is Going On

Is it just me or is everyone on this show a super fan? I know I’m shamefully late to this party, but give a girl some context clues, plz.

5. But It’s Fine Because the Game Has Already Started

Da'Vonne’s already lying about her profession and sitting out of the Head of House challenge so that she doesn’t seem like a threat. That girl knows. How. To. Play it.

Like, what do you get as head of household? Immunity? More tax deductions? Or is it like when you draw a king in King's Cup and get to make up rules that everyone has to follow? I HOPE IT’S THAT LAST ONE.

7. How Long Before Shelli Hooks Up?

Because that girl is raring.

8. Is It Just Me or Are These Challenges Like a Grown-Up Version of Double Dare?

All of that mucus-like liquid and public humiliation? Come on, it’s gotta be.

I’m not trying to be mean, I swear! I’m legit trying to figure this out. Is he, like, on something or something?

10. Jason Roy is Right: These People Are Gorgeous

Why does everyone in this house look like a model? Like, can I get a case of acne and an extra twenty pounds in here, stat?

11. That House is Trippy

I can’t even imagine living in a place with so many colors and textures and dimensions. Holy Sensory Overload: Designer Edition. Also, that see-through floor? For a person who is afraid of heights, that is an anxiety attack just waiting to happen.

12. That Dentist Guy Though

Right? You’re still trying to figure it out, too?

13. This Totally of Reminds Me of Pledging a Sorority

Like how they blast that music whenever there is a #bbtakeover. It reminds me a little too much of the three days we were locked in our sorority house, trying to solve endless 1,000 piece puzzles while listening to “The Rhythm is Gonna Get You” on repeat. Oh, and the matching outfits. :::shudder:::

Seriously, though. All of that sense memory aside, I’m totally addicted to this show already. Now to just refrain from tapping into the live feed in the middle of the work day…

More like this
'Love Island’s Biggest Draw Is Still FOMO
By Chanté Joseph
Scott Disick’s First Time Around Kravis Was “Awkward,” To Say The Least
By Jake Viswanath
Two 'Temptation Island' Singles Dropped A Bombshell About Lascelles At The Reunion
By Brad Witter
Ashe & Taylor From 'Temptation Island' Crashed And Burned
By Kadin Burnett
Get Even More From Bustle — Sign Up For The Newsletter