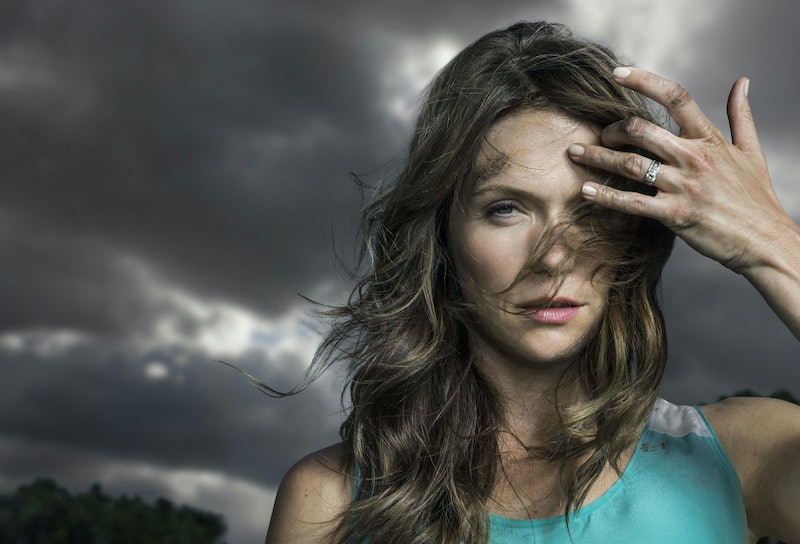 Some shows have the Ross and Rachel will they/won't they push and pull. Some shows have a grand mystery that will eventually be unveiled. Some, like The League on FXX, have an inevitable conclusion to barrel towards. And on Wednesday's season finale of the fantasy football series, Jenny (Katie Aselton) finally had her grand romantic moment with the Shiva (The League's fantasy football trophy). At last, a woman has won The League.

While Aselton has assured fans she's not as on top of her game as her character (but to be fair, Jenny's got an almost superhuman aptitude for fantasy football), she's actually won her real life league in the past. The league (which also happens to be made up of the actors and creators of The League) has actually enjoyed so many lady winners, according to both Aselton and co-creator Jackie Schaffer (the winners themselves) at their New York Comic Con panel in 2013, that the league of The League's own winner's trophy is called the Aselton Cup.

So for four seasons, it's only made sense that Jenny, the one person in The League who seems to have it together would win, but every year there's an obstacle. Most years, she doesn't even make it to the Shiva Bowl (a.k.a. the playoffs) and one year, she even turned a turkey of a team into a winner, but got Dre-ds at the last minute (a curse of sorts, courtesy of Andre, who's played by Paul Scheer and a formidable collection of fedoras). Still every year (at least in my mind), there's a sort of will-they-won't-they with Jenny and the Shiva and finally, it is hers.

Of course, that does beg the question: what can we root for now that she's already done it? A repeat victory of course.