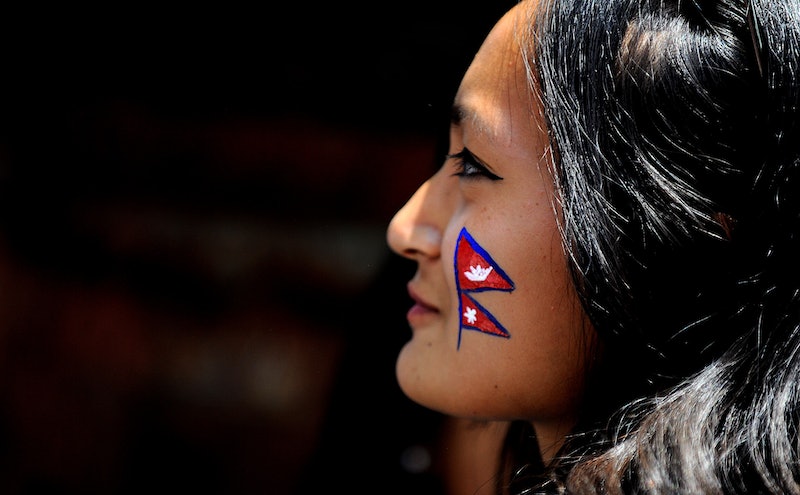 It's been more than two months since a 7.8-magnitude earthquake devastated Nepal on April 25, but the small country is still struggling to recover. Aftershocks have continuously struck the area since the quake, with another 7.3-magnitude earthquake striking not far from Kathmandu in May, and now monsoon season threatens to worsen the situation even more. Nearly 1 million people were affected by the earthquake, and Nepali women are having trouble meeting their basic needs following the disaster due to the pre-existing patriarchal structure of Nepali society and gender discrimination within relief efforts.

Nepali women, especially the poor, are not receiving the aid they desperately need. Amnesty International revealed in a briefing June 1 that relief efforts in the country are being inhibited by gender, class, and ethnic discrimination and urged the international community to put human rights at the center of the recovery efforts. According to Amnesty, those with political connections take urgent supplies meant for large groups. Richard Bennett, Amnesty International’s Asia Pacific director said in the briefing: "A human rights compliant approach to the disaster response will be critical to ensuring that the quest for equality, justice and accountability in Nepal does not lose ground as the country struggles to recover from the devastation."

Gender discrimination in Nepal, which Amnesty International has said is "widespread and systemic," is a part of everyday life, so it's only worsened in a disaster. Diana Duarte, communications director for MADRE, a women's human rights organization working in Nepal, tells Bustle: "The earthquake and immediate aftermath created humanitarian threats that affected all people, but it had a disproportionate affect on women because of the underlying things they face from gender discrimination."

Some of Nepali women's biggest needs are still basic necessities like food and shelter. According to Eva Kasell, president and cofounder of Empower Dalit Women of Nepal (EDWON), even the women that receive food rations often don't have enough to eat and must resort to borrowing money to feed themselves and their families. Kasell tells Bustle: "They’re always last in line. It’s no different in a disaster situation than it is every day."

Staying clean and maintaining their hygiene is also a struggle. Many of the bathrooms were destroyed in the quake and communities are in need of temporary wash stations. Feminine products are in short supply and, according to Duarte, most aid agencies distribute gender-neutral care packages, so feminine products are not included. Some grassroots women's organizations in Nepal, such as WOREC and LOOM Nepal who partner with MADRE, are distributing hygiene supplies to women, but there are still a lot of women going without.

Basic health care was already lacking in rural parts of Nepal, where women don't have access to reproductive health services or care during or after pregnancy. Women usually give birth without the help of a healthcare provider or experienced doula, since hospitals can be as far as two days of travel away. Since many healthcare facilities were destroyed in the quake and supplies are low, women have even less access to medical care. On top of normal health care demands though, there is now a huge need for mental health services. Tara Shah, treasurer for the Binaytara Foundation, a non-profit dedicated to promoting health and education in poor communities, told Bustle: "The deadly earthquake of April and hundreds of aftershocks that followed have left fear, anxiety, and emotional distress among people, women included." People struggling with post-traumatic stress and other affects of the quake don't have proper care, if any at all.

Another major concern for women following the earthquake is safety — women and girls are always left more vulnerable in a disaster situation. The destruction of most houses has left people sleeping outside in tents or under tarps, leaving women at risk of harassment or sexual assault.

There's also an increased risk of girls being trafficked. The United Nations estimated that between 10,000 and 15,000 Nepali women and children are trafficked each year for sex and forced labor. Now, those affected by the earthquake are being specifically targeted. Duarte tells Bustle: "Women and girls become vulnerable to traffickers who give them what looks like a way out or a way to survive."

The earthquake devastated a large part of the nation, but women in those communities stepped up to help one another following the quake. When we think of first responders to a disaster, we often picture foreigners dropping in from helicopters with boxes of food and supplies, but the first responders are often actually members of the community. Local people spring into action to help their communities, and that's exactly what a lot of women did following the earthquake. Much like the grassroots organizations providing feminine products to Nepali women, locals are able to advocate for what's really needed because "they have a deep knowledge of what people need," said Duarte. In this way, women are not only the victims, but also part of the solution.

If you want to help the women of Nepal recover from the earthquake, you can donate to MADRE's on-the-ground partners, EDWON's relief efforts, or the Binaytara Foundation's efforts.