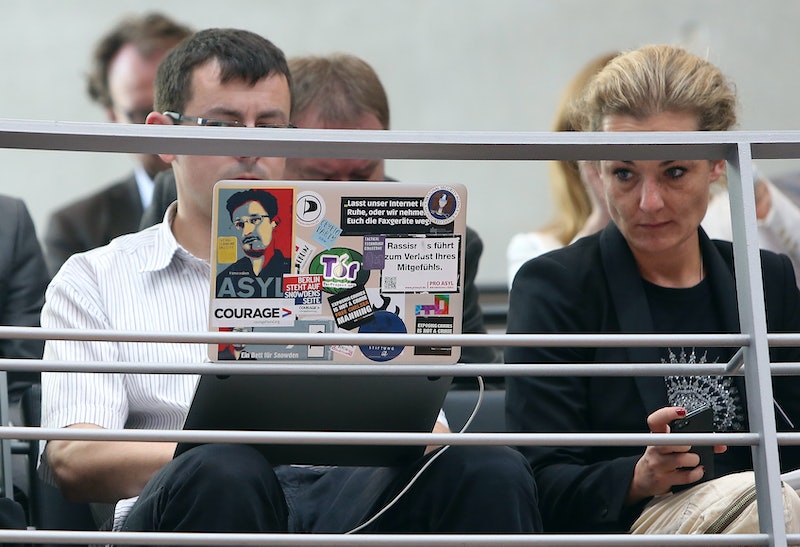 While the Internet can be a magical place filled with recipes for avocado fries and GIFs of Liam Helmsworth taking off his shirt, it can also be a cesspool of despair. And hey, guess what? The darkest corner of the Internet just got a little bit darker: A study found that people who read prejudiced comments online are more likely to adopt those prejudiced views themselves. Some online commenters may be innoccuous or supportive, but many are horrific espousers of hate speech — and according to this study, it looks frighteningly like the powers of hate speech might be overwhelming the powers of goodness and positivity.

In the words of Phoebe Buffay: Oh, no.

The study was conduced by researchers from the University of Canterbury in New Zealand, and published in the Journal of Human Communication Research. The researchers surveyed 137 adults between the ages of 18 and 50. Subjects were asked to read an article about an education commission proposal to increase the number of scholarships for East Asian students. The article also mentioned that the proposal was being stalled because some of the students were caught cheating on tests.

It turns out that subjects who had been exposed to the prejudiced comments were both more likely to adopt those prejudiced views themselves and share them with others. The more people there are out there saying prejudiced things on the Internet, the more other people are going to start agreeing with them — which seems to indicate that trolling is actually contagious. Ugh, you guys. Just... ugh.

There is a ray of hope, though: The researchers found that this may work the other way, too. Basically, people who read anti-prejudicial comments online are more likely to adopt and share those views. So all this study really says is that we're highly impressionable to what we read on social media, good or bad. So keep on writing those positive comments, people, because it does actually make a difference.

More like this
The Case For A Hard Launch Summer
By Morgan Sullivan
What Does “Gatekeeping” Mean On TikTok? The Viral Term, Explained.
By Courtney Young
TikToker Kate Glavan Has The Antidote To The “Hot Girl Walk”
By Alexis Morillo
What Is “Night Luxe?” Breaking Down TikTok’s New Aesthetic
By Courtney Young
Get Even More From Bustle — Sign Up For The Newsletter