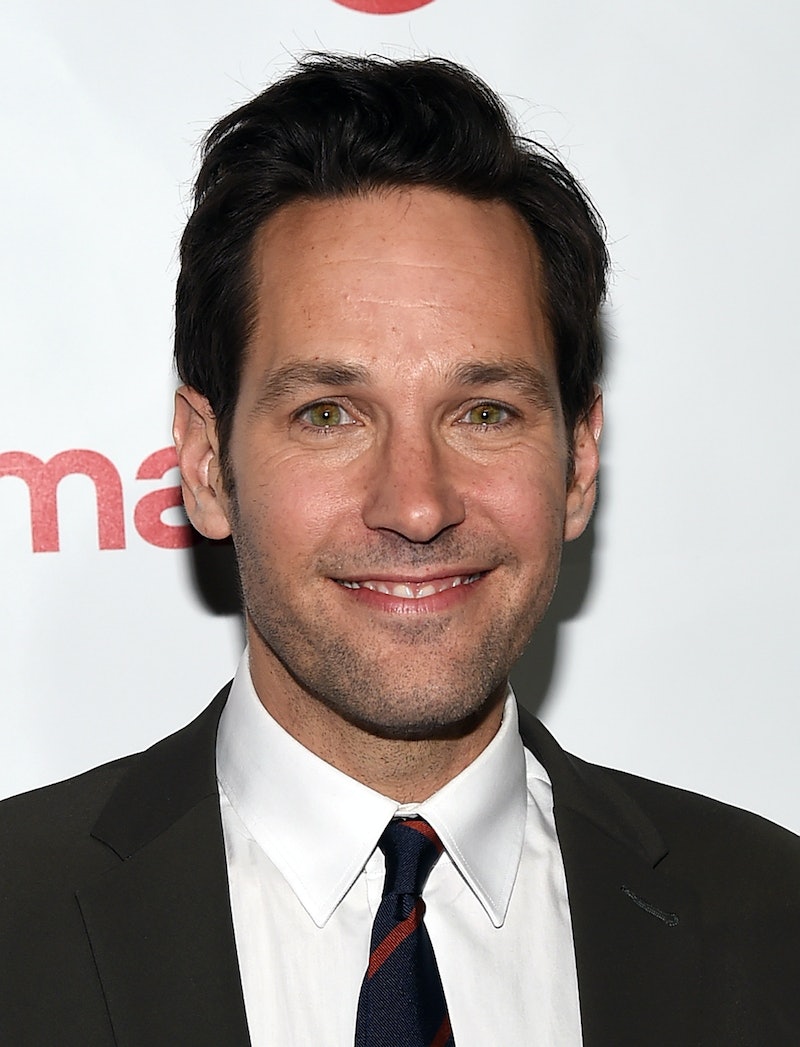 It's officially been 20 years since Clueless first hit theaters in 1995, and every time I watch the movie, I love it even more than I did the first time. There are a lot of reasons that Clueless is a timeless classic: Cher's amazing wardrobe, the jokes that don't get old, and the adorable, perfect specimen of a man that is Josh. OK, so the idea that Cher is dating her ex-step brother at the end of the movie is kind of weird, but Josh is so cute that it would have been impossible for her not to fall in love with him. And even though he was the man who brought Josh to life, even Paul Rudd admitted he fell in love with his Clueless character.

While promoting his latest movie, Ant-Man, with co-star Evangeline Lilly at a press conference on Saturday, Rudd reminisced about his days filming Clueless. And when Lilly brought up the fact that Josh, as a character, was totally irresistible, Rudd couldn't help but agree. "I know, it’s crazy," he said. "I fell in love with me. It’s unbelievable, isn’t it?"

Really, though, it's not that unbelievable. Rudd made Josh the perfect love interest for not only Cher but for all of us watching at home, and for that, I am so grateful. And if Rudd really did fall in love with himself in that movie, I can't exactly blame him.

Even, you know, if he was occasionally rude.

3. His flirting with Cher was adorable

Look at these two! They're the cutest!

4. He was a solid driving instructor... kind of

And it was really sweet of him to help her out, even if he was salty about it.

When she didn't have anyone to hang out with, he danced with her... and his terrible dance moves are just another reason to love him.

6. But mostly, he stood up for Cher to that mean lawyer

He was the worst, and I always thought that it was ridiculous Cher, a teenager, would get in trouble for highlighting something wrong. HIGHLIGHTING.

Josh is definitely solid fictional boyfriend material, even in 2015. Paul Rudd, if you really are in love with your own character, there's nothing weird about that. You have excellent taste.