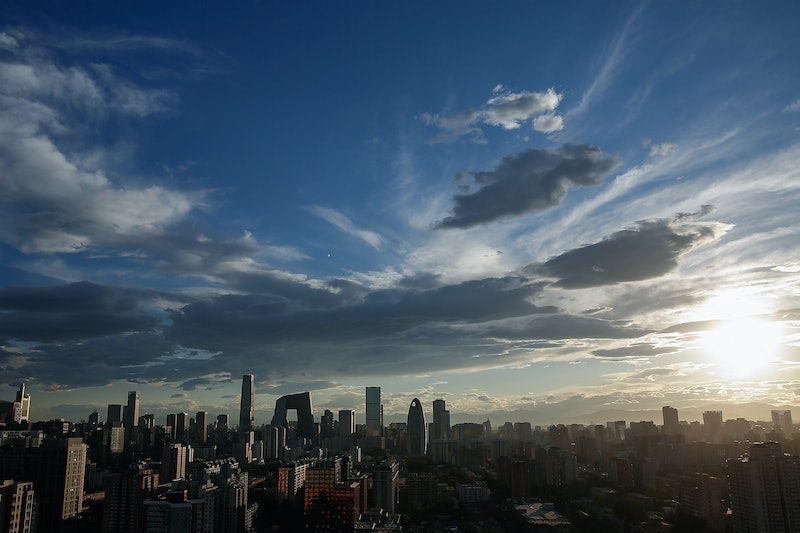 On average, there are 107 males born for every 100 females worldwide, meaning that there are generally more men than women prancing about the globe. Some of the reasons for this include sex-selective abortion in countries where males are valued more than females, among other biological theories — so what is the actual ratio of men to women in major cities around the world? Hopes and Fears set out to find out.

It's also important to note that these statistics on sex don't necessarily consider all the complications of gender and diverse gender identities that exist. In this instance, they mostly focus simply on biological make-up and the sex that was assigned to the person at birth.

So which cities in the world are heavy in XYs? And do any cities have more XXs? Let's take a look at five cities to find out; head on over to Hopes and Fears to see the full list.

In Beijing, there are about .93 women to ever man. This could potentially be due to the fact that male babies are favored, and since China has implemented a one child policy for population control purposes, many women choose to abort female babies in order to have a male baby.

Rome is made up of 49 percent women and 51 percent men. Interestingly, in 1976 a chemical explosion affected birth sex ratios and caused males exposed to the chemical dioxin to be twice as likely to produce female offspring than male offspring.

In Helsinki, there are about 1.07 women to every man. So yes! There are cities where XXs outnumber XYs. Yay!

Macon's population consists of 56.2 percent men and 48.3 percent women. Interestingly enough, the study that found these numbers compared the spending habits of men in Macon and another city in Georgia, Columbus — a city which, incidentally, has slightly fewer women and slightly more men than in Macon, although women still dominate. The study found that when there are fewer women in a place, men are more likely to spend more money on courtship.

This country on the west-most end of the Balkans has a whopping ratio of 9.7 women to every one man, so basically it's a girl power Utopia. This odd occurrence is due to a war after which births were significantly less male.

Check out the full list of nine different cities here.