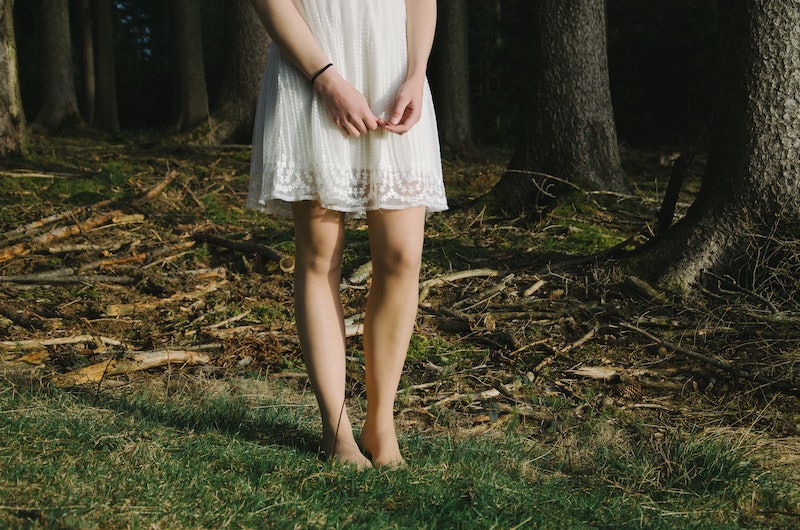 Vaginas are just not homogeneous. So how is your vagina different from other vaginas? I recently discovered Labia Library, and it's kind of changed my life. I spent about 40 minutes completely enthralled in the different photos when I should have been working. This (NSFW) photo gallery is something every person should look at. I'm not advertising for them or anything — it's just incredible.

The site shows a whole array of different vaginas from different angles, just to show how much they vary. You'll never wonder if you're normal again. I thought I'd seen a lot of vaginas — I mean, I have one, I have sex with women, and I've had weird chance encounters with them, like checking if my friend's coil had fallen out. But seeing these all together somehow drove the point home. I really wish someone had shown me this when I was 14 instead of just suggesting I do some kind of awkward half split over a hand mirror. They also make some important comments about what we normally see in porn and advertising, and how there's often been airbrushing, or even labial surgery, to give women this sort of Barbie look downstairs.

Here are some of the things that make yours yours:

Oh, the outer lips? They were an "average of 8.1 centimeters long (about the size of a bottle of nail polish), with a range of 4.0 to 11.5 centimeters." That's still threefold difference.

So I was always confused about people not being able to find the clit, because I just assumed it was so damned obvious. It turns out that's not the case for everyone. Yes, mine right be right out there, all attention-seeking, but I didn't realize how much they can vary. Not only can they be placed further or closer to the opening, which may affect how likely you are to orgasm from intercourse, but again, the size is really different.

I promise I will stop banging on about size in a minute. But it's fascinating. MacFadden's research isn't out on this yet, but she modeled hers on Jillian Lloyd’s study "Female genital appearance: normality unfolds," which, according to Women's Health, found that the "average length of a vagina is 9.6 centimeters (about the length of a tube of lip gloss), while the range is between 6.5 and 12.5 centimeters." That is nearly 100 percent larger! Holy crap.

If you're on the smaller size, don't worry. Just remember that vaginas expand a huge amount during sex, so you've probably got nothing to worry about. Oh, and if you're on the larger side, that's fine too. As OB/GYN Dr. Lissa Rankin says, "Some women have vaginas so large that they need a speculum nearly as big as your forearm in order to get a Pap smear. (We gynecologists lovingly call it Big Bertha.) If you're one of those women who needs Big Bertha, embrace it! There's just more of you to love." OK, I like your sentiment, but I'm not sold on the nickname ...

Told you I'm done with size! So, the color can basically be anything from the rainbow, and will not necessarily match the rest of your skin. Like it says at Labia Library, "some women have pink labia and others have brown or reddish or purplish labia. Sometimes the labia are the same colour as the woman’s skin, but often they are lighter or darker, just like the lips on your face."

Your discharge changes throughout your cycle, which we all knew, but it also changes a lot from woman to woman. Women's Day reports that "the average amount of vaginal discharge a woman of reproductive age secretes over a period of eight hours weighs 1.55 grams (a gram is equivalent to about 1/4 teaspoon). But, some women produce much less and others produce much more — and the variations are completely normal! " There's also the arousal discharge, which I guess normally just applies during masturbation or sex, but I feel like I'm kinda always a little aroused. So there's that to add into the mix.

Unless you have an infection, all sorts of smells are fine. It turns out that your vagina can produce 2,100 distinct odors, which I think is incredible, because I didn't think I could do 2,100 of anything. The smell changes based on where you are in your cycle, what's been up there recently, and even things like what you eat. So your smell is unique to you!

This is definitely something that is unique to you. Not only do things like texture and color vary (and not necessarily match what's on your head!), but this is also an area we have some control over. Let it grow, wax it, shave it, dye it, fry it— I don't care. It's totally up to you, and nothing you do will make you a bad person / woman / feminist / sexual partner. Throw some glitter in there and have a disco for all I care. It's yours. And it's not like anyone else's.

Anyone else believe crazy sex myths as a kid? Watch us relive our favorites right here (and subscribe to Bustle's YouTube for more LOLz):