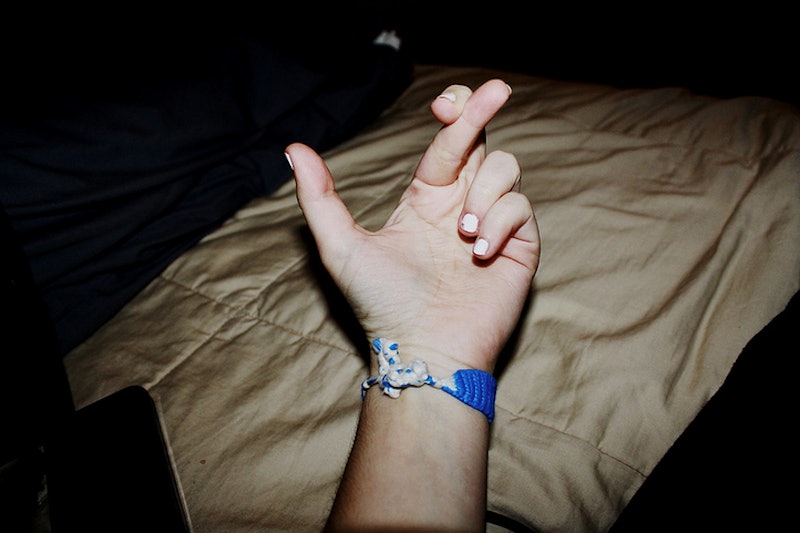 Being honest in communication is important, but sometimes little lies are nothing to be ashamed of. Of course, where you need to take responsibility for something, you should always be honest, no matter how much it might hurt other people. For instance, if you've cheated, that's something you should always come clean about, because the person you've cheated on deserves to have that information when deciding how they feel about you—otherwise you're deceiving them into believing in something that doesn't really exist. On the other hand, if you have personal feelings about something you don't feel comfortable sharing, but that withholding doesn't hurt anyone else, you don't have to feel bad about keeping that information to yourself.

I hate to even call some things lying. Lying sounds so horrible. Omission of truth is better, I think. Because when you lie, it suggests that you're willfully skewing someone else's perception of reality, which is not up to you to decide. "White lies" can even be avoided, for instance, if someone asks you about their outfit and you think it stinks, you can say things like, "I think green would suit you better than yellow, why don't you try this other thing" to avoid being a hurtful jerk. When it comes to big stuff, lying is bad. But omitting the truth is sometimes necessary in order to avoid you getting hurt on personal matters. It's a fine line, but there are a few things you don't need to feel ashamed about lying about, if you feel so inclined to lie about them.

Loving oneself is not always a default position. Everyone feels insecure from time to time. It doesn't mean we need to go around making ourselves feel exposed and vulnerable by disclosing that. Moreover, positive thinking is always a good tactic for changing the way you actually think, so if you act like you love yourself to other people, it's likely you'll take on some of that energy and, you know, be reminded that you're actually pretty rad.

Same sex marriage might be legal in the US now, but that doesn't mean there isn't still a lot of prejudice out there. If you're struggling with your sexuality or questioning how you feel sexually, you shouldn't feel pressured to come out immediately. Part of the process of coming out is you being comfortable with you before inviting other people to share your newfound joy and sexuality, so never feel ashamed of keeping your journey secret. No matter what our "confession culture" would have you believe, some things can be kept secret, and while it's going to be empowering to finally speak up, you're under no obligation to do so until you're truly ready for it.

As above. Despite the fact that Caitlyn Jenner covered Vanity Fair, we still live in a prejudiced world. Your journey to gender doesn't have to be made public, and again, you don't have to tell anyone anything until you're totally comfortable doing so. You don't owe anyone a confession, but you do owe yourself patience, certainty, and kindness.

5. Anything that is personal to you

At the end of the day, if there's anything that's personal to you, like your relationship with your parents, troubling experiences you've had, or things that happened while you were growing up, you don't need to tell anyone about them unless you want to. The question about honesty is: Does the lie affect the other person in any way whatsoever? If no, it can be your secret to keep. For instance, if your dad was an asshole, that doesn't change someone's relationship to you. You don't have to talk about things that are personal to you if you don't want to.

We all lie about our politics in social situations. It's intrinsic to keeping the peace, and not looking bigoted. Because while we all like to think we're liberal minded individuals, everyone has their prejudices. And while you can't avoid your generally fleeting non-PC thoughts, you definitely don't need to say them out loud in company you could offend. Part of living in a better world is knowing that even though you might thing something that's a little prejudiced, you're not putting society at a disadvantage until you act on that. For instance, maybe you think Greeks are bad drivers (I say Greeks cuz I am one, so you can't get annoyed). It doesn't mean you're going to persecute Greeks, or that you have a bigoted opinion of Greeks, and you should definitely say Greeks are fine at driving if pressed, because it's more important not to hurt people than to give your opinion on Greek drivers. Get me?

7. Being irrationally upset about something

You know when you're upset about something, and bringing it up with the person who made you feel that way would lead to a fight, but the thing you're upset about is really not that important in the grand scheme of things and you're just feeling kind of petulant anyway and you know you're going to be over it in an hour? Sometimes it's okay to not let people know every single time they piss you off. There's a big difference, for instance, between your partner chewing annoyingly and treating you poorly. Pick your battles, and put on a brave face in those other times when your feelings are a little more on the irrational side. That's one thing you definitely learn as you get older: You don't always have to be right, and sometimes you're kind of wrong.

8. Your interest level in doing something your loved one wants to do

The thing is, you probably don't want to watch the basketball playoffs. But you do want to spend time with your loved one. And they want to watch the basketball playoffs, and that makes them happy. So don't be a little b*tch about it. Watch the damn playoffs, don't complain, and don't act like you hate it. Yes, lie, pretend to love it. Ask questions, look engaged. This is called COMPROMISE AND CARING. One day you're going to ask this person to go to a Taylor Swift concert with you, and you will expect them to dance, even if they secretly hate it.

9. How you really feel about Beyoncé

Do you really want to get into an argument with a bunch of rabid Beyoncé fans? Just say she's great, and be done with it.