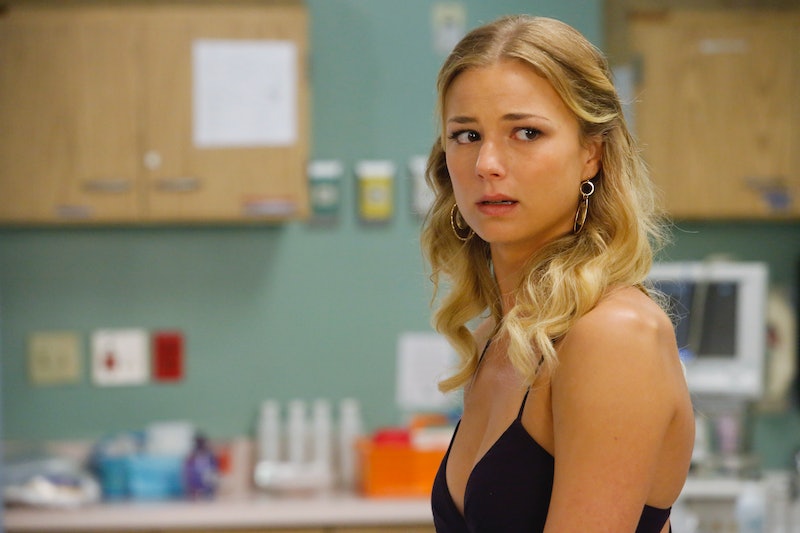 I'm usually an open book, in the "possibly born without a filter" Jennifer Lawrence-esque way. This is partially because I have no shame, and partially because it just never occurred to me that some things (my lack of winter shaving, my current menstrual status, etc.) should be kept private. That being said, I am not a brutally honest person -- I have lied in the past, and to be perfectly honest (maybe), I will probably lie again sometime in the course of the next few hours.

There is no denying that the world runs on little white lies, both the ones that we tell and the ones people tell us. If I sense that a white lie is going to stop a boat from getting rocked, then hell yes, I will enthusiastically compromise every moral fiber of my being and lie straight through my teeth. I'm not exceptionally good at it, but that isn't even the point. Nobody necessarily needs to believe the white lie, they just need to know the good intentions behind it. (Side note: if I ever write a self-help book, this is probably incentive enough for you to NEVER READ IT.)

No matter how hard we try to stay above the fray, even the most honest among us are guilty of it. Here are a few things we can't resist lying about, even if it's just once:

How "On Sale" Something Was

You didn't actually lie about it being on sale, it's just that you might have...exaggerated the price a little bit. The boots might not have actually been thirty bucks, but the triumph you felt at finding them was the equivalent of them being thirty bucks, so there.

How Late You Were Up The Night Before

Have you ever, like, had a competition with someone over who is more of a zombie? If someone complains that they've stayed up past two in the morning you just can't help but chime in that you stayed up until one bajillion o'clock in the morning, so you win, now move because you get dibs on the coffee machine.

Anyone who is nervy enough to ask this (aka, the DMV) is already expecting you to lie anyway.

How Often You Floss

I love my dentist's office. It's upsetting how much I love them, because I hate going to the dentist, and I especially hate that awkward moment where they ask, "You've been flossing twice a day, right?"

I mean, they know the truth and I know the truth but it's not like I'm gonna sit there with several happy, shiny-teethed people staring down at me and go, "Nope."

How Much You Know About World Politics

I try to stay informed and current, but every now and then, someone says something about our foreign policy and my eyes just kind of glaze over as I nod and agree with whatever sounds like the right place to agree.

How Your Friend Really Looks In That Dress

Look, if she'd asked before you were at the party, you would have been honest about how the zipper bunches up in the butt (THIS IS THE BIGGEST CRIME DRESSES COMMIT). But it's not like you can do anything when you're all already out without basically crushing her for the rest of the night.

How Intoxicated You Are

If you haven't said "I'm not that drunk" at least once when you totally were, then you're lying right now.

How Many Times You've Used Tinder

"Oh, yeah, I just downloaded it and used it for laughs before I totally deleted it and never looked at it again. Ha...hahaha..ha." I don't know why we're so afraid to own up to the fact that we're totally swiping for humans, but them's the breaks.

Your Obsession With Kim Kardashian's Butt

Every time someone says, "I don't know what the big DEAL is," I'm secretly thinking they obviously do or they wouldn't be bringing it up in the first place. Her hips don't lie—but we do.

That You Missed Someone's Call

Every now and then, it really does happen. But most of the time, you're watching Netflix and even the people you love most cannot penetrate your obsession.

Even happy people are lying when they say "I'm fine." What even is "fine"? It's not an emotion! But it would also be weird if you were like, "I'M ECSTATICALLY HOPEFUL FOR THE FUTURE," or, "I don't know, man, I'm still really bummed about the rain and this existential pit of despair I can't seem to shake off" every time an unsuspecting grocery clerk asked how you were doing, so I get this lie.

Your "Biggest Weaknesses" In A Job Interview

Neither of us actually wants me to sit here and tell you that my room is such a mess that I haven't seen the floor in eight weeks. So I will tell you some slightly less offensive version of how I "sometimes take on too much" because seriously, anyone who is asking this tired question in a job interview still is asking for it.

How Much Television You've Watched

"I don't even own a TV," you bragged, while refreshing the Netflix tab on your computer that's never been closed.

Whether Or Not You Touched The Thermostat At Work

There are two sides of the office: the ones who like it cold, AND THE ONES WHO ARE IN THE RIGHT. You have to do what you have to do to survive. Even if it means lying to your boss's face.

"My Parents Said No"

I mean, they might have...if I'd actually asked them. But there were some things my friends wanted me to do in high school that I was one hundred percent not willing to put my bra back on for, and those were the times I threw my parents under the bus.

Ah, lying about lying. It's almost as meta as meta gets.