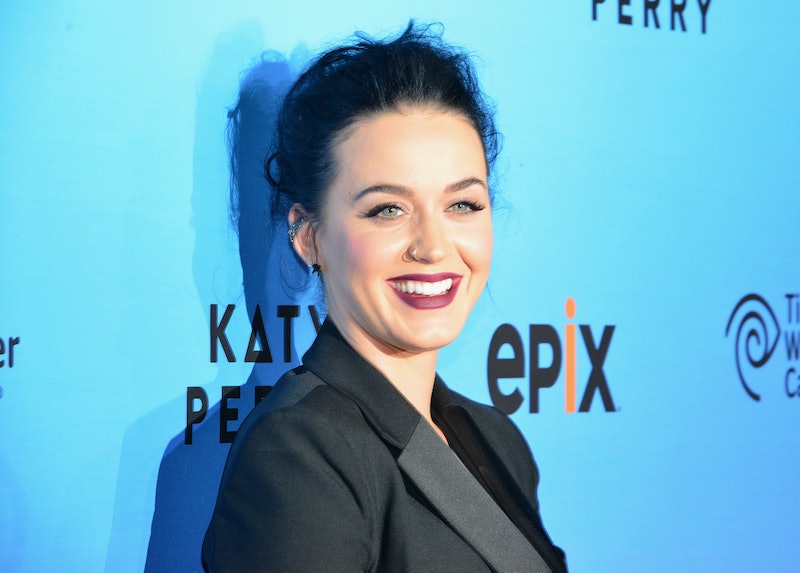 What do you get when you combine Katy Perry, some nuns, an archbishop, and California real estate? A legal battle for the ages, apparently. That's right, ol' KP is facing off against some upset nuns about buying their historic, $14.5 million dollar convent in Los Angeles. The twist: the archbishop is actually on her side! Just kidding, the twist is that this is actually happening and is not part of an elaborate marketing plot for the State of California.

The convent in question: the former hillside home of the Sisters of the Immaculate Heart of Mary in Los Feliz, with a spectacular view of Los Angeles. The nuns: the last living sisters, headed by the inimitable Sister Rita. The nuns do NOT approve of Katy Perry's brand and want to sell the church to restauranteur Dana Hollister for $15.5 million dollars instead. In fact, they thought they already DID sell it to her, but the archdiocese thinks different. Archbishop Jose Gomez says he is the only one with the legal rights to sell the vast, beautiful property, and his choice is Katy Perry, even though she is offering less for the property than Hollister is.

In my estimation, there are plenty of reasons why Katy Perry shouldn't buy the convent, least of all that it would make certain nuns upset. Or maybe that's the most pressing reason of all? Here are 7 reasons why KP should give up on her not-so teenage dream of buying the nunnery.

1. She May Not Be Welcomed Into The Neighborhood

Apparently both of the buyers involved in the bidding war for the incredible property would not be welcome by the neighbors. Hollister, who has already moved in to the former convent (which means Perry would literally have to throw her out on her butt) wants to turn the space into a boutique hotel, and there goes the neighborhood; according to the Los Angeles Times, building the hotel "would require zoning changes, and residents of the quiet neighborhood are already rallying against it." I doubt that Perry moving in would require the same kind of construction, but she sure as hell would disturb the peace. Have not you seen the "Last Friday Night (T.G.I.F.)" video? It's an ominous warning.

2. She Can Set Her Eyes On A Different Prize

Apparently Perry is planning on signing the papers and getting the property handed over to her for $14.5 million dollars, all in cold, hard cash. That's no chump change. But look, Katy, you're number three on the Forbes Celebrity 100 list! You made more than $100 million dollars last year! Why be so modest at under $15 million? President Richard Nixon's former home is on the market, too, and for only a measly $75 million dollars. Why not piss off a bunch of Republicans instead of some cool nuns? Wouldn't that be more fun for a pop star?

3. The Nuns Aren't Impressed With Her Superbowl Performance

Not that there's anything wrong with that. I'm sure that nuns would not approve of these life choices, either. But these particular nuns are not happy with the idea of their beloved space being sold to the Prism singer. Sister Rita Callanan, who spoke to the Los Angeles Times, said that she was not impressed with Perry when she came to personally appeal to the sisters to buy the home, showing them her Jesus tattoo on her wrist and singing "Oh Happy Day" for them. She later watched Perry's Super Bowl performance and said that selling the convent to Perry was "not a good idea." Respect the nuns, KP. Respect the nuns.

4. There's No Pool For Her Sharks

Where will they swim?

5. She Could Donate The Money So California Can Start To Solve The Drought

I'm no expert, and I'm not sure how money would help California as they can't literally create new water out of thin air, but I'm SURE they need money to help solve the drought crisis. The "California Gurls" WILL be forgotten when California disappears! Save them, Katy Perry!

6. It Could Be Better As A Hotel

Who doesn't want to live out all of their Sound Of Music/Sister Act dreams in a convent-themed boutique hotel? I'd certainly pay to stay there.

7. These Are Really Cool Nuns

The feminist move here would be to concede to the sisters, but because these nuns are pretty badass (pardon my language!) The Sisters of the Immaculate Heart of Mary split from the Vatican II in the 1960s after they refused to adopt church reforms, refusing to wear habits and go to bed on time. If these nuns won against the Pope, what makes you think you stand a chance, KP? And don't these rebel nuns deserve your support?

Alas, we'll have to see how this holy real estate battle plays out. How do you solve a problem like Katy Perry, anyway?