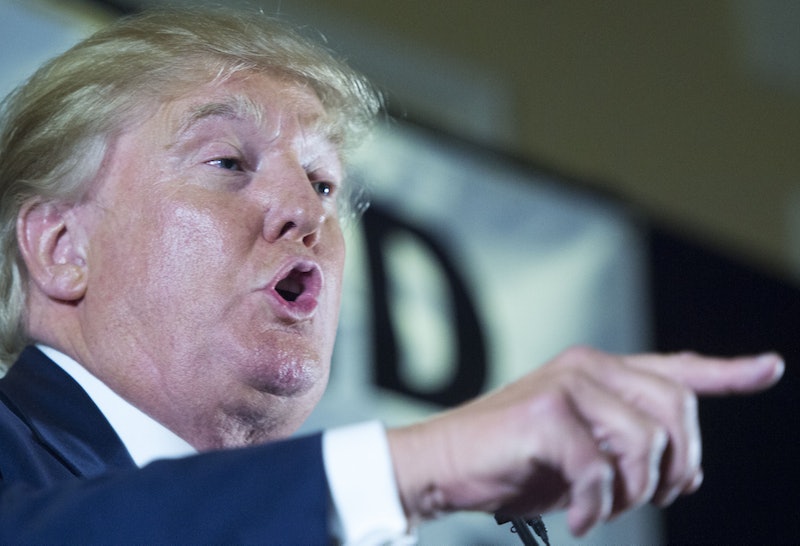 There was a time in my life when watching The Apprentice (and, later, The Celebrity Apprentice) was a family affair — it was quality reality television in the days before the Real Housewives and Keeping Up With The Kardashians took off. But Donald Trump has just offered unsavory comments surrounding immigration that leave a bad taste in my mouth. After this, I'm less inclined to tune in to anything with his name attached, even if he did leave The Apprentice franchise behind to become a Presidential candidate. (LOL.) Apparently NBC feels the same way, because NBC has severed its business relationship with Trump. NBC will no longer air the Miss USA pageant or the Miss Universe pageant, which were scheduled to air as part of a joint venture with NBC. So, let's all say it together, friends: Donald Trump, you're fired!

If you think that I'm the first person to make that joke, then I regret to inform you that I'm not even close. After all, Trump's Apprentice send off is completely appropriate for this sentiment, so much so that it became a New York Times headline. Clearly Twitter didn't get the memo that the joke was a tad played out, because the "you're fired!" tweets are flying. Check them out:

OK, OK — no one here is getting points for originality, but sometimes the laziest puns really are the best.