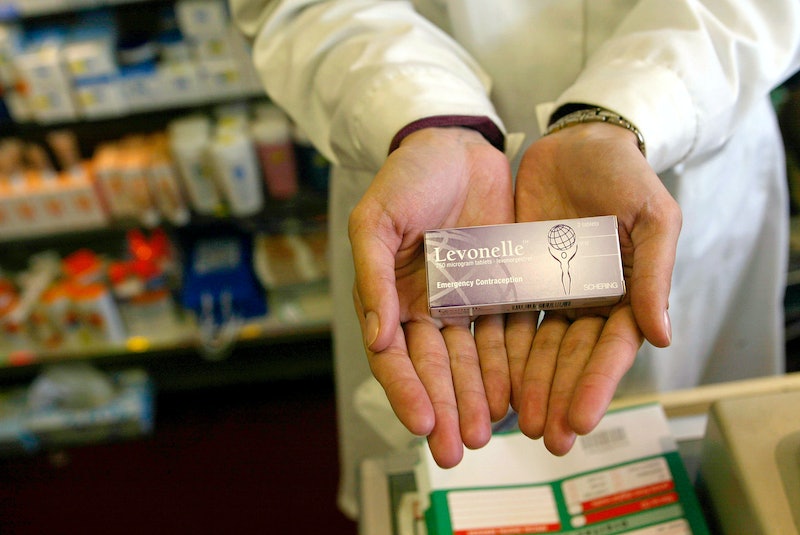 The now-infamous abortion drone flew its first set of abortion-inducing pills to Poland on Saturday as part of a protest against the country's very restrictive abortion laws. The pro-choice advocacy group Women on Waves flew the drone over the River Oder, from the German town of Frankfurt an der Oder into the Polish town of Slubice, in a 60-second flight, according to Mashable. The drone flew abortion pills, which Women on Waves said were prescribed by doctors, to two women. The women took the abortion drone's pills on camera to continue the push against Poland's laws.

When Women on Waves' drone landed safely on Polish soil, German police confiscated their iPads and the drone controllers, according to BBC News. They also threatened criminal charges against the group, but it is unclear on what grounds the actions were illegal. Women on Waves is deeming the first flight a success, according to its website.

The two women who took the pills were surrounded by local news stations and photographers as they swallowed the pills.

One of those women was Marta, a 30-year-old from Warsaw, told the German broadcaster Deutsche Welle she was " outraged" that she was not legally able to access reproductive services such as the abortion pill in Poland:

It's adding to a lot of stress. I don't like how me wanting the right to have a safe and legal abortion makes me fall into the picture of someone who's not responsible and doesn't have control. That's the discourse that's popular in Poland and that's so hurtful.

It is illegal for women to take abortion pills in Poland, but they cannot be imprisoned for doing so. Physicians who perform abortions, on the other hand, can be sentenced to up to two years in prison, according to RT. com. Gunilla Kleiverda, a gynecologist with Women on Waves, said that kind of legal threat means that doctors are often afraid to carry out the procedure even when it is legal in cases of rape, incest, when the fetus has a serious defect, or if the life of the mother is at stake, according to the Deutsche Welle:

We have evidence that a 14-year-old girl who was raped wasn't helped by doctors. Women don't receive the care even when they are legally entitled … We can't change the law, but we can create attention, and then the people in the country will have to take their own action.

Women on Waves estimated that Poland's abortion restrictions and lack of sex education result in about 240,000 underground abortions each year. Women on Waves said the number of known, legal abortions recorded in the country was only 744, according to the organization's website.

Women on Waves said it may deploy a similar mission to Ireland, where women are only allowed to get abortions if their lives are seriously at risk, and it may send pills to Brazil from Uruguay, according to the Deutsche Welle.