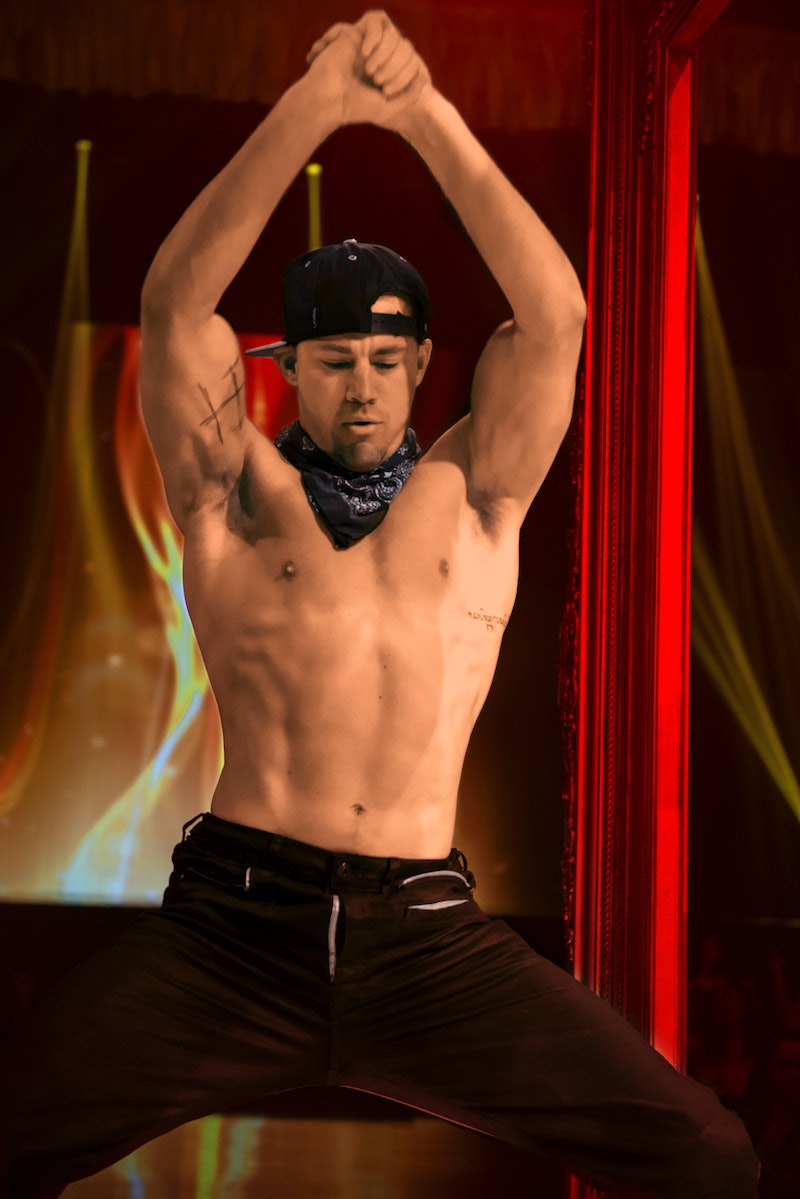 "I can't get Michael Strahan out of my head," says Magic Mike XXL star Adam Rodriguez. "Just baby-oiled from head to toe, a hall of fame NFL player jumping six feet in the air over the table of a woman he's massaging... I just can't get the image out of my head," he repeats. It's a vivid image to be sure, though it's just one of the many moments from the summer sequel that will leave your mouth slack and your eyes bulging.

"The first day [on set] there was a silver thong in my dressing room and I thought this is it, this is the moment," says Donald Glover, who plays stripper Andre in the film. "I put it on, I do my scene, and I get back and I realize no one ever saw this thong," says the actor, who keeps his pants on in the aforementioned scene. "This is a solidarity thong. It was like a big family." Like XXL star Matt Bomer, Glover's performance in the film involves dancing, stripping, and singing. Which, for those who know him better as rapper Childish Gambino, is no surprise. (Pro-tip: Look out for Glover's swoon-worthy cover of Bruno Mars' "Marry Me" near the end of the film.)

Kevin Nash, who is an OG Magic Mike member, playing middle-aged stripper Tarzan in both films, says the obvious age-difference between himself and the young bucks was palpable. "Being the only guy in the dance crew who was currently reading the AARP magazine, and seeing the shape Joe [Manganiello] was in, I was going 'Jeez here we go again...'" he playfully laments. "I think everyone in their life has that dream where they are at school or they're at a function and they're naked. The great thing about signing up for this a second time, is that you not only get to have that dream but you get to actually live it."

And for Channing Tatum, the film's steadfast beating heart, his favorite part of the process was simple. "I can look around at all these lovely, talented people and just thank them," he says. "This is a crazy movie. This is a crazy part of my life, and now I can look around and say, 'hey, remember that time we all got naked together?' We have that, so I just want to thank them all for being in the film," he says, turning to his co-workers: "I love you."