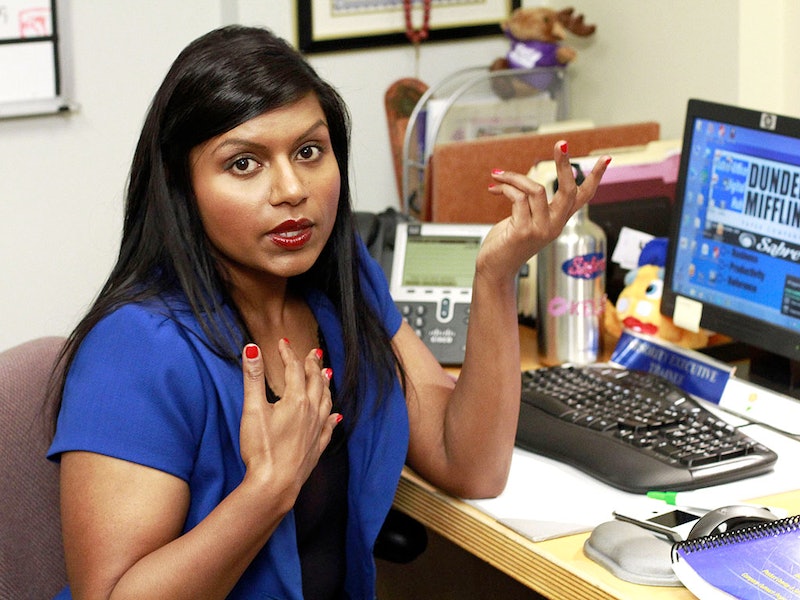 If you're lucky, sometimes it turns your coworkers are your friends. Other times, they're just your coworkers. And while you'll expect different behavior from those you have a friendship with (for instance, you'll go to lunch and listen to them yap about that guy who never called), it might be entirely different from the relationships you have that are purely work based. And then there are certain things, friend or not, people you work with should never do, like putting you down in front of your boss. Although I'd say if someone you call "friend" does that, they're not really your friend in the first place.

So there are definitely certain things coworkers shouldn't be doing, and you'd be well within your rights to say something if a coworker started exhibiting their behaviors. Work is different from a social situation. Where you might let an acquaintance's silly comment slide when you're out to drinks in a group in order to keep the peace because it really doesn't matter that much if someone you see once a month has a wrong opinion on something, it's different in the work place. It's more important to speak up, because not only are you interacting with your coworkers every day, they might be integral to your credibility and career progression. So when they're behaving badly, you might need to (with diplomacy) call them out. Here are eleven behaviors you absolutely do not need to deal with in a coworker:

1. Taking credit for your ideas

If a coworker takes your idea and uses it as though they came up with it, without giving you any credit, then you need to speak up, especially if it's a great idea (which it no doubt is), that they're collecting accolades for.

2. Throwing you under the bus

Sometimes you mess up at work, and you should always be honest about your mistakes and work to rectify them so you can learn for next time. But when someone messes up and decides to take you down with them, that's not OK. Stand up for yourself.

I don't like workplace gossip, and my best advice is to steer well clear of it. If a coworker is especially gossipy and always wanting to discuss the personal lives, salaries, looks, etc., of other coworkers, politely ask not to be included in those conversations. You don't want your name mentioned on the he-said-she-said grapevine, especially when it reaches your boss, which it inevitably will.

4. Undermining you to higher ups

Some people will do anything to get ahead, and if a coworker is buddying up to your boss(es) and using that as a way to make passive aggressive, undermining comments about you, you don't have to put up with that. Quietly pull them aside and find out what's up, expressing that you don't think it's fair for them to be talking crap about you up the ladder.

Obviously, coworkers are people too. And we all get emotional, so we should be supportive when someone is overwhelmed, whether they're a friend or coworker. BUT, someone who is crying in the toilet every day and causing huge scenes in the office is probably going to drain your time or energy, and while it's OK to have the occasional quiet freak out, it's another thing entirely to constantly be airing baggage at work.

I mean, I did, maybe, in passing, make a joke about about the smell when a group of women's periods synchronize to my editor last night, but in my defense I'm freelance, we'd been drinking and we were on the subway. But still: I would never walk around the office yelling about penises and UTIs. The workplace isn't a gynecologists office and it's not a Sex and the City brunch. It's where you work, and should be treated as such.

7. Pawning off all their work to you

There's always that coworker who will befriend you and abuse that friendship by pawning off their "boring" work to you so they can take a long lunch or leave early to get their nails done. But you're under no obligation to stay late just because someone else is lazy, so when they ask you to deal with their work load for them, recognize that and say you're busy. (On the other hand, sometimes someone might genuinely want/need your help, so don't be a jerk about that—but you know the difference.)

If anyone sexual harasses you in the workplace, that's illegal. I used to have a gay male coworker who thought it was okay to always grab my boobs. It's not. I let it happen for the longest time because I was young and stupid and to be honest I didn't know how to complain about a clearly very friendly gay guy doing something he thought was in good fun (which I now know I should have just told him straight out it made me uncomfortable). But if someone is sexually harassing you, you go straight to a manager and report it. Do not pass go, do not collect $200. Tell your manager, and make a scene if you have to. Even if it happens once, even if it's an innocuous comment by your boss on your looks, if it makes you feel uncomfortable, tell someone, then send a follow up email so you have that in writing. I can't stress enough that immediate action should be taken if you ever feel sexually harassed in the workplace.

9. Any other kind of bullying

Any intimidation, cruelty, meanness, pranking—anything that makes you feel hurt of victimized or scared in the workplace is not allowed. As above, report it immediately.

Work is for working. Working, oftentimes, will involve concentrating. But there are many workplaces with that person, you know the person, who sits on their desk and talks loudly all day, plays loud music, or constantly seems to be making more noise than getting anything done. You are well within your rights to politely ask this person to keep it down when you really need to get things done.

11. Eating your food from the communal fridge