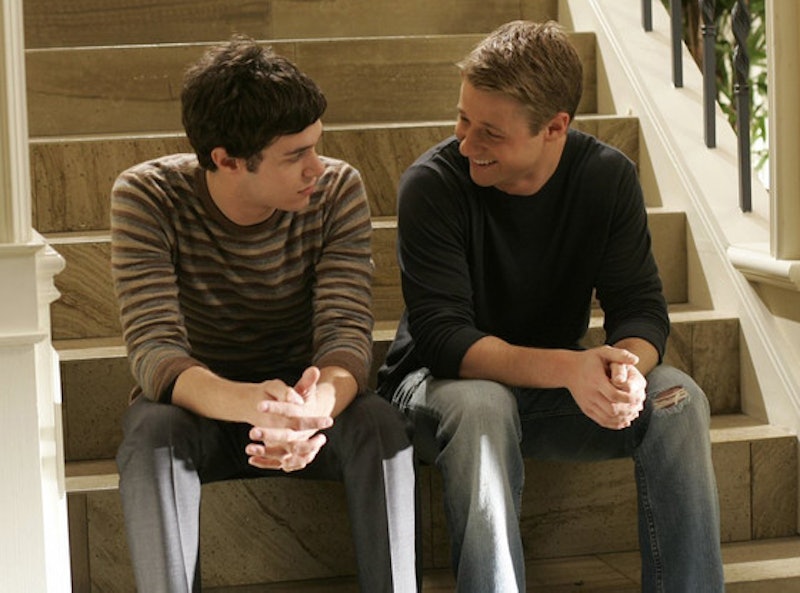 As much as we love The OC’s Seth and Summer, and Ryan’s relationship with the dearly departmed Marissa, the true (b)romance of everyone's favorite 2000s TV show was between Seth Cohen and Ryan Atwood. From vastly different backgrounds — Ryan grew up in an abusive home in Chino and Seth in affluent AF Newport Beach — they formed a bond based on mutual respect. They complemented each other well, with Ryan being the brooding bad boy and Seth being our generation’s most famous lovable nerd, and helped each other out with their specific skill sets.

Ryan would always come to Seth’s defense when he was in physical danger, even beating up the whole water polo team, and Seth helped him out with schoolwork and helped him to feel comfortable in his own skin. Plus, Ryan schooled Seth in the ways of love, giving him the confidence to woo Summer. Even 12 (!!!) years later, Seth and Ryan’s relationship still seems unmatched on teen TV. It’s a comfort to see good old friendship, two people who truly have each other’s backs, in our cynical age. Especially people from different backgrounds, because it shows us how we’re all not so different after all.

Relive the glory of this epic bromance through this chart, and see how Seth and Ryan went from strangers to brothers.