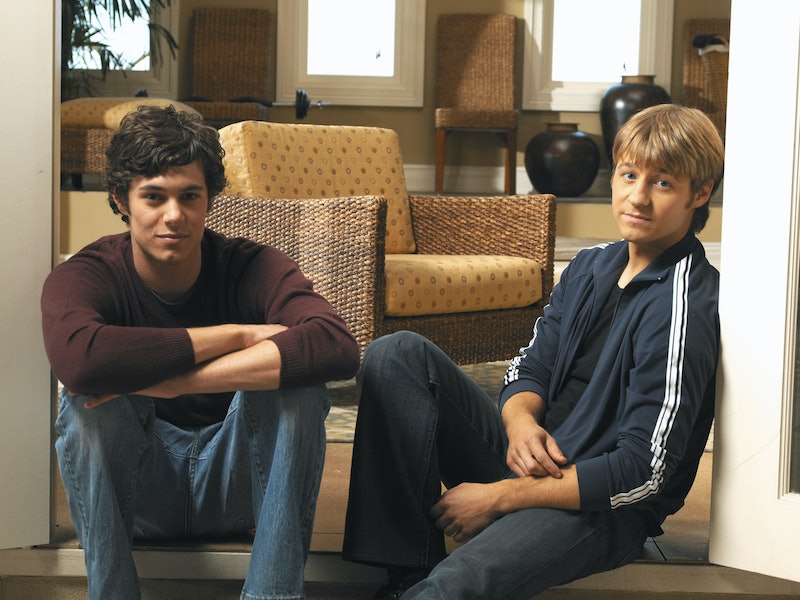 The O.C. was full of couples who proved that opposites attract, but the old adage rang truest in the show's central friendship: the bromance between Ryan Atwood and Seth Cohen. There was no shortage of drama in Newport Beach, but it was never between these two. Seth and Ryan broke up with their significant others more times than I can count, and even Sandy and Kirsten went through a rough patch (#darktimes), but fans could always count on the dudes' friendship to be unwavering. Their pool house bonding sessions were as integral to each episode as that catchy Phantom Planet theme song and the endless supply of velour sweatsuits sported by the Newpsies (looking at you, Summer and Julie).

Ryan and Seth came from different worlds and their personality types were polar opposites, but they had one thing in common: Before Ryan was unofficially adopted by the Cohens, they were both lonely and misunderstood. Luckily, they formed an instant bond and spent the series looking out for each other, navigating the Harbor School's social scene together, and ultimately bringing out the best in one another. What more could you ask for in a best friend? Viewers never knew what was going to happen next (a shooting? a drug overdose? a deadly car wreck?), but the stability of Ryan and Seth's friendship helped calm our nerves because we could count on it to never falter. Here's why the brooding bad boy and the neurotic geek were the greatest bromance to ever grace our TV screens.

1. Ryan Was The First Person To Stick Up For Seth

When Ryan defended Seth from getting beat up by an angry team of water polo players, the two barely knew each other. It was the first sign that their bromance was real and meant to be.

Before Ryan moved in with the Cohens, Seth was ostracized and friendless. *Sniffle*

3. Ryan Was Pretty Lonely Too

Ryan grew up fending for himself and always put up a tough exterior, but he was just as lonely as Seth. It was their destiny to become best friends.

4. They Always Made Time For Each Other

Their romantic lives had more ups and downs than a roller coaster, but they always prioritized their friendship and made time to hang out.

5. They Didn't Need Words To Communicate

This worked out well, because words weren't really Ryan's forte.

6. When Ryan Went Back To Chino, Seth Left Too

Seth spent years believing that being Summer's boyfriend would solve all his problems. His dream finally became a reality, but it only took him a few hours to realize Newport would be unbearable without his best friend. As Ryan headed back to Chino, Seth set sail on the Summer Breeze, and teen girls everywhere sobbed to Jeff Buckley's "Hallelujah" because THIS WASN'T THE WAY THINGS WERE SUPPOSED TO BE.

7. They Found Their Way Back To Newport Together

Because they came as a two-for-one deal, clearly. We collectively breathed a sigh of relief when Ryan and Seth came home and all was once again right with the world.

8. They Could Even Ask Each Other For Fashion Advice

Marissa and Summer weren't the only besties on The O.C. who could turn to each other for stylish wisdom.

9. They Were Blood Brothers

Seth wasn't a big fan of needles (or fainting), but O Negative besties need to stick together and O.C. fans know there's nothing Seth and Ryan wouldn't do for each other.

10. They Were Infinitely Better Off Thanks To Each Other

There were many things to love about The O.C. series finale: Seth and Summer tied the knot, Sandy and Kirsten moved back to Berkeley, and Ryan turned into Sandy 2.0. But hearing Ryan tell Seth, "I'm a lot better off than when you found me," made us all shed a few tears (don't lie), because it summed up their friendship perfectly.

What would these two have done without each other? I shudder at the thought of The O.C. without this epic, unforgettable romance.