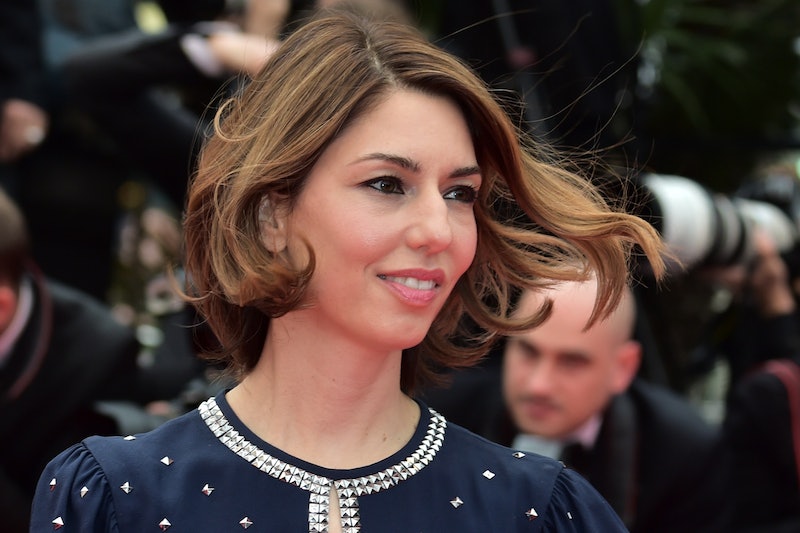 It seems like everyone and their mother is in Marc Jacobs' latest campaign, from Cher to Willow Smith to Winona Ryder, and it was no surprise that the designer announced yet another high-profile name to join his Fall '15 campaign. That's right, Sofia Coppola is the next face of Marc Jacobs, making this campaign one of the most star-studded yet.

The designer made the announcement Tuesday on both his personal and brand Instagram accounts, sharing a snap of the campaign with Coppola. Rocking a dramatic profile pose, the director (who is almost unrecognizable in the shot) sports a black and white patterned coat, slicked back hair, and an intense cat eye. The designer added a special note to the shot on his personal Instagram account, outlining his friendship with the director.

I met Sofia Coppola just after I showed my now "credited" (by some!) GRUNGE collection for Perry Ellis in 1992. Sofia was one of the few who recognized something special and related to what I was doing at the time.

And since the '90s, Coppola has remained loyal to the designers, rocking his designs on countless occasions, and even posing for a Marc Jacobs perfume ad. But Coppola herself has also inspired many with her fashion choices (I mean who doesn't want to add a little Marie Antoinette to their wardrobe?), and it seems that Jacobs himself is no exception.

As Jacobs said in his caption, Coppola and the designer go way back, and it's pretty clear she is made for wearing his designs. Whether it's sporting his latest look on the red carpet, or even directing his ad campaigns, it's hard not to be in love with the Marc/Sofia partnership. Let's take a walk down memory lane to celebrate some of the best times Coppola wore Marc Jacobs.

1. Rocking Pink at Marc's Side

2. Shining in Metallic Satin at the Met Gala

These two are a match made in heaven.