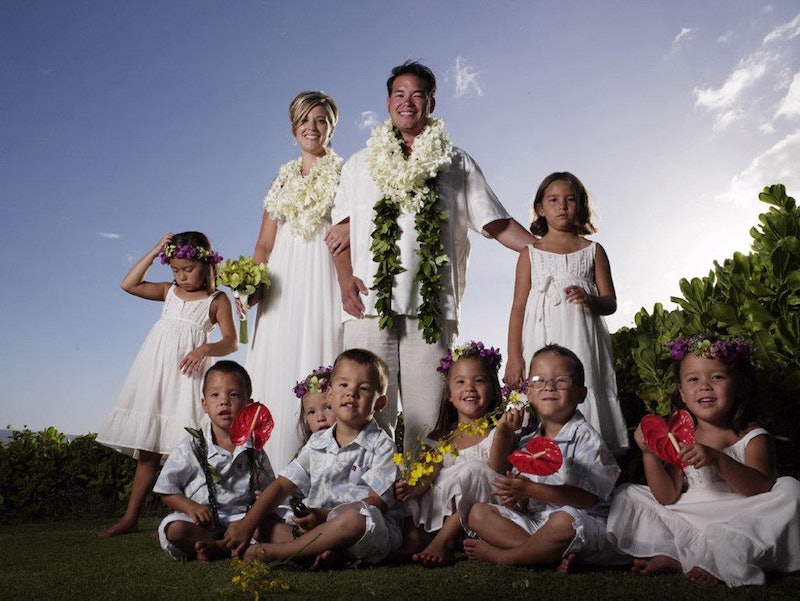 One great thing about reality television is that we really feel as if we've grown up with certain people. Who needs Boyhood when we've known the Gosselin kids from Jon and Kate Plus 8 to Kate Plus 8 . What do the Gosselin kids look like now? Some fans have known them even longer, since the individual specials filmed before the TLC series began. We've also been able to keep up with the sextuplets and twins that make up Kate's eight by virtue of Celebrity Wife Swap, The Apprentice, Kate Gosselin's published books, as well as social media/the news.

How much have those kids changed over the years? They've definitely grown up, but since we've been able to keep pretty well-televised tags on them, I don't think the kids look all that different. Still, let's look back and reminisce about how they've grown. Even if you haven't watched the show in a while, can you still tell the sextuplets apart? Can you remember all the kids names? Without further ado, here's a look back to what Mady, Cara, Alexis, Hannah, Leah, Collin, Joel, and Aaden looked like circa the mid-2000s and what they look like in 2015.

First we'll start with the twins and eldest Gosselin kids. That's Cara with the shorter hair and Mady at the pumpkin patch. Most Gosselin family fans never really knew the twins as babies. Looking back, it’s amazing to see them looking basically just like their younger sisters do today!

Today, the twins are 14 years old. Here’s a picture of them at Christmas. Their smiles are the same but their hair has flip-flopped!

Alexis is the eldest of the sextuplets and definitely one of the goofiest girls in the family.

Not much has changed! Instead of a butterfly on her, there’s the family bird Zoro.

The other two little girls, Hannah and Leah, look nothing like their sister. I'm forever jealous of the vacations this family gets to go on for television.

Here are the two sextuplets with their Mom at a recent school sporting event!

Of the three boys, Aaden was always distinguishable thanks to his glasses.

He looks almost exactly the same! (Bonus Alexis on piggyback.)

That's Joel in the cowboy digs and Collin with the pinecone.

On the right, here are the boys with the whole group of “little kids” today! Even with the kneeling, look at those height differences!