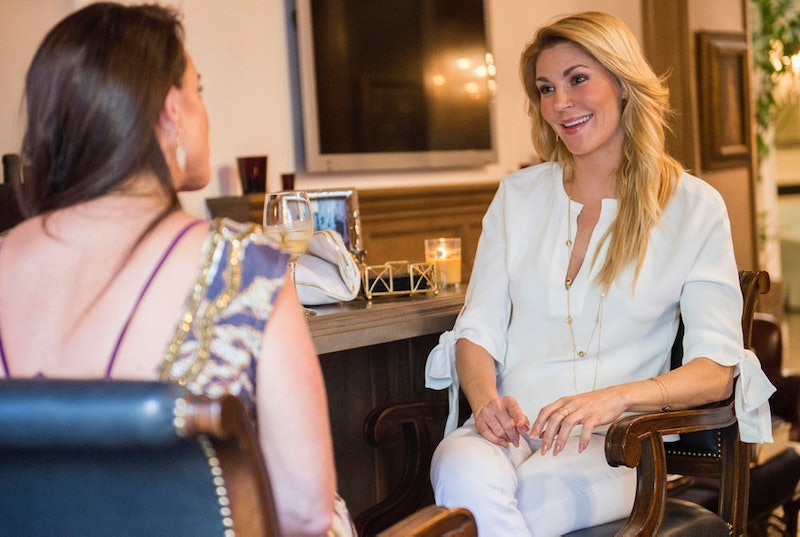 When it comes to the labor of love that is keeping up with reality TV storylines, all fans of the Real Housewives of [insert your favorite city here] realize that, just because a season’s last episode airs, doesn’t mean that’s where the drama stops. In fact, some of the show’s juiciest developments happen between seasons. For instance, NeNe Leakes is leaving RHOA to blow in the wind with Kenya Moore’s fabulous twirls, and, unless you’ve been existing beneath a force field that blocks you from receiving Housewives updates, then you already know that Brandi Glanville was fired from RHOBH. Many fans have their opinions on her departure, with some happily bidding her adieu because she threw wine at Eileen Davidson and slapped Lisa Vanderpump across the face. But here's the real question: What do Brandi's RHOBH co-stars think of her firing?

Seriously, did anyone actually believe Brandi would walk away quietly from RHOBH without at least some of her cast members throwing in their 2 cents? I didn't, but it’s been relatively quiet on the Housewives home front. Yolanda Foster retweeted a photo of herself with Brandi — although the former's Season 6 fate is undecided due to her struggles with Lyme disease — so it’s safe to say she's all the way #TeamBrandi, and supports her in whatever she chooses to do after the show. While Kim Richards (who also won’t return next season), Eileen Davidson, and Lisa Rinna have all remained mum about the news, Lisa Vanderpump and Kyle Richards addressed Brandi’s firing pretty much right after it became public knowledge, even if they did so with very few words.

When the two ladies were seen leaving a restaurant after learning the news, Kyle basically insinuated that Brandi was lying about choosing to leave the show, instead of being fired. Meanwhile, Lisa wished Brandi well, but also insisted that her version of the events were "a crock of poo."

Oh, ladies. So few words, yet so much shade. I'm willing to bet that Kyle has temporarily renamed her annual white party as the "it's about damn time Brandi was fired" party, with Lisa hosting a celebratory cocktail hour at SUR. I honestly expected them to be more vocal than they have been, but, based on the brewing Twitter feud between Brandi and Kyle, I have a feeling that it’s only a matter of time before everything explodes into an unofficial spinoff called Watch What Happens Live After Brandi’s Firing.