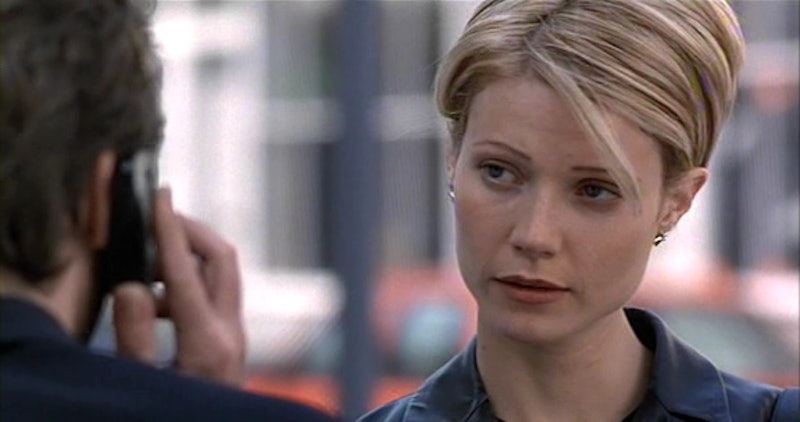 Breakups blow. Take it from me—I'm riding through the tumultuous wake from one. Between the bouts of getting teary eyed in public, indulging in sadboy rock music, and gratuitous bubble baths, something weird happens: People start reaching out. Well, reach out is maybe not the correct word for it—more like crawl out. A few certain types of folks crawl out of the woodwork and back into your life as soon as you become single again.

It's strange, right? I like the idea that people pop back up when they're supposed to. When dealing with something really challenging, whether emotionally, spiritually, or financially (real talk, many breakups can end up costing you a lot if you were living together or shared any expenses during the relationship), it's pretty standard for good friends and close family members to hit you up and check in. That's helpful. That's healthy, and arguably necessary, even.

However, it's not just the helpful, healthy presences in your life who flare up in an effort to inject a little calm into the storm after a breakup. Nope, some of those buzzes from your phone indicate texts from all sorts of weirdos, degenerates, and people who have seen you naked before and think they have a shot maybe to do it again. Allow me to explain the people who come back into your life after ending a relationship:

That person who likes to gossip

You'd think this is exclusive to small towns, and sure, it's a bit more intense (I imagine), but this happens everywhere. The pal who effectively faded into the background and stayed silent as your relationship plateaued to a positive, cohesive place? Post-breakup, they can't wait to break their silence. They'll feign concern to extract information to pass along later. They seem venomous, but chances are, they have no idea what they're doing—and how transparent those efforts are.

That person you slept with and kiiinda regret

Obviously. They figure the official split doubles as a bell ringing to mark the start of round two with you sans clothing. I'm not saying you shouldn't do it again, but probably don't do it again.

That person you almost slept with

Y'know, that one Tinder date that went well and got a little steamy, but was never followed up by a second go. This kind of thing tends to happen just as you and your ex are getting together, so then the sex times with this other person never happen. But once the breakup is official, they are suddenly willing to pick themselves up and try again. I swear these people can smell the single on you.

You might sense a pattern here. That's intentional, because this shared commonality is too real. Please see: That Peripheral Friend Who Was Always Semi-Charming At Parties; That Former Roommate's Coworker Who Made Sure You Knew They Were Taking Archery Lessons (And Showed A Lot Of Promise!!); That Random Mutual On Instagram Who Started Posting Juice Photos With Great Zeal After You 'Grammed A Selfie With Your New Machine, Who Also Tends To Be First Like On Your Selfies In General.

That person who'd like to sleep with your ex

These are the people you got a fishy feeling about during the relationship, and now they consider it chill to "like meet up for margs or something IDK LOL," but truly, they're doing research. Research on how to sleep with your ex.

That person who used to ask you a lot of favors

Cat-sitting? A ride to the airport? Hold $20? This person had to find another lackey while you were boo'd up, but now that you're seemingly avail...Similarly, this can be a boss who previously relied on you to work overtime and weekends. They haven't forgotten.

That person who is a smug asshole

Parents or other exes or crappy friends. Regardless of who it actually is, they all have the same mantra: "I told you so."

The one-upper, comin' back atcha and likely to make you cry (or at least very much feel like it). They make you feel badly for feeling bad about your own mess because they have it unmistakably worse (or at least that's what they'd like you to believe).

That person who wants sad company

Not to be mistaken with the person above. That person who wants sad company basically wants a boohoo buddy to loaf around with and feel miserable. Possibly they're game to share curly fries, but that's the extent of their positive possibilities.

That person who will somehow make it about them

This person decided to take something very personally you did or said while living on Relationship Island. Instead of waiting to discuss the issue in a calm, productive manner, they unload it on you when you're hurting most.

You seriously only see this person immediately after break-ups and secretly wonder if they exist only as a vessel to spread the gospel of sugar and pop music. You appreciate the effort. This isn't a bad thing, but surely they exist in other capacities and have tried a vegetable before...? Their positivity can be helpful at a certain point—just make sure you're receptive before giving it a go.

That person who legit thinks aerobics can fix this

Or yoga or zumba or biking or something horrible and physical. Just try it, LOL! To be fair, they might have a point—even if their motivation is rooted in meeting some sort of recruitment quota. Endorphins really do make you happier.

That person who thinks now you'll finally get ~this art~

Possibly ~art~ they, themselves, made. OK, almost definitely. And it is designed to further bum you out.

They read all about it and now feel it's time to reach out. This is usually a kindly intended gesture but rings pretty off-putting when actually put into action, especially if it involves anything IRL.

Prior to getting into a capital R Relationship, you probably enjoyed your fair share of way late nights out and a few too many tequila shots. These people were always your fellow comrades in the struggle fields. Not saying the struggle fields aren't a whole lot of fun (they definitely are), but they have their price (alarming hangovers). Go ahead and indulge them with a few hangs, but don't let the flowing booze and remaining sadness from the split make this a regular habit again. After all, you're an grown up human now, and this kind of behavior sure isn't sustainable. Go out a few nights and get sauced and dance until your bones feel brittle. But then get up and get back to the normal, healthy routine.

Those people who actually never liked your ex

You may or may not have noticed when they started actively disappearing during the relationship. Instead of explaining their moves away, they effectively stopped being a part of your life. But now they want back in. This is a tough terrain to navigate, bb, but I say most friendships are worth trying to salvage.