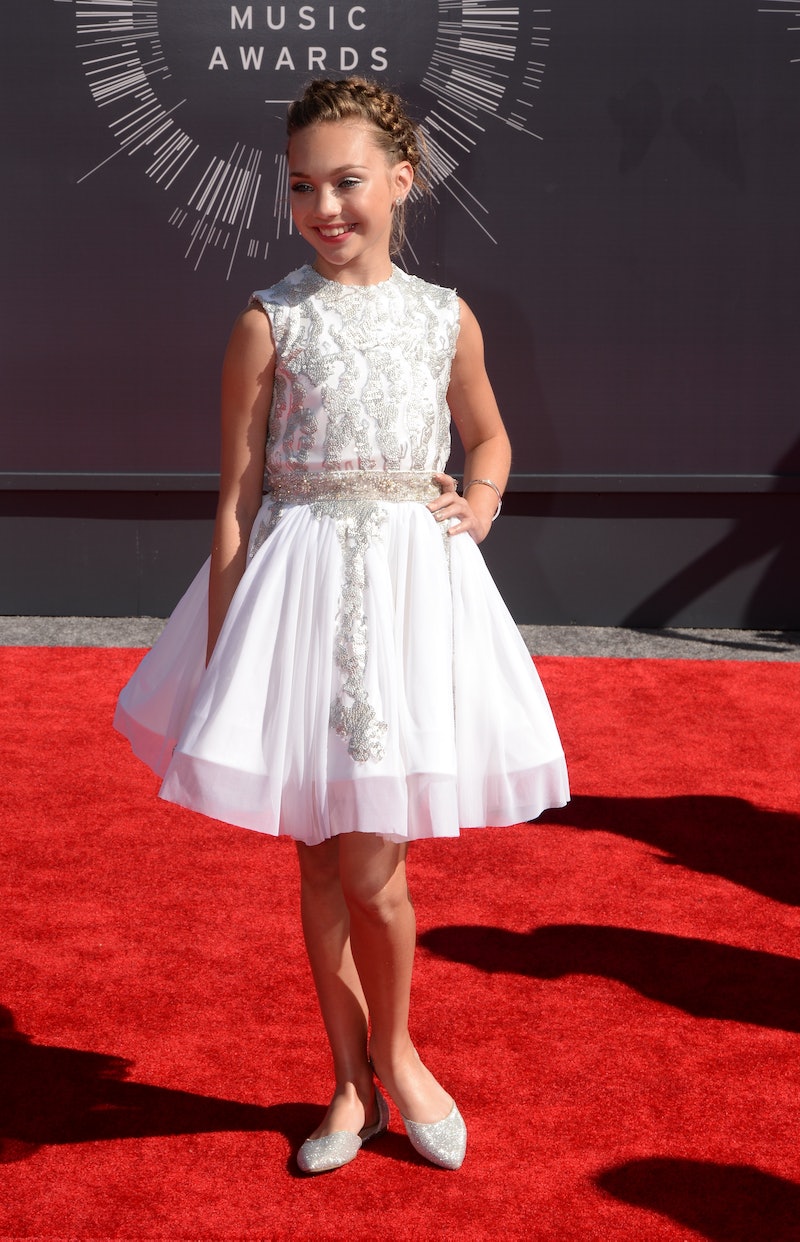 She may be only 12 years old, but Maddie Ziegler of Dance Moms and Sia music video fame has captivated dance fans everywhere with her amazing performances. It's hard to believe Ziegler is so young when she infuses so much emotion into her work. She is definitely a young woman who is wise beyond her years. With so many performances under her belt, from music videos to her Dance Moms routines and live performances at the Grammy's and other events, Ziegler always puts everything she has into her performances. She can embody the many sides of Sia just as easily as she can break out a routine for Austin & Ally. She may be young, but her body of work is expansive. So what are her best dances to date? I'm guessing everyone has their own favorite, but I think the seven on this list are pretty special.

They range from a poetic cage fight to a live duet with Kristen Wiig, but what they all have in common is Ziegler's ability to showcase her strength, raw talent, and emotion through movement. She is already a star, and hopefully, this is just the beginning of what will surely be a long and storied dance career. Now on to the dances!

The young dancer lets Kristen Wiig take center stage for most of this performance, proving she knows how to share the spotlight with a dance partner, but once Ziegler lets loose, her performance is electric. She seems both manic and poised, childlike and eerily adult — it's classic Ziegler and the fact that she pulled it off in one take with such a huge crowd in front of her makes it all the more impressive.

Throughout "Cry" Ziegler dances in the background and she looks so free and happy. Of course, her performance is juxtaposed by a brilliantly sad melody. By the end, she seems as haunted as Calise.

I know "Elastic Heart" was controversial, but Ziegler absolutely killed it in this video. She's poetic, animalistic, and breathtaking — what an astounding performance.

Ziegler is so raw here it hurts. She owns the entire stage, and even though she's performing alone her presence carries the piece.

Ziegler often ends up in maudlin numbers, so anytime she gets to cut loose, she shows off a different side to herself. There's so much going on in this piece, it's easy to see the technical degree of difficulty, or at least it would be if she didn't knock it out of the park.

There just are no words. Ziegler absolutely blows me away here — so much talent, and she's only 12, people. This kid is going places.